Your weekly dose of the Mark and Rob show is brought to you by books published by Baen and Jo Fletcher Books.

I must admit that, for me, it is that uniqueness that makes M.R. one of my favourite ghost story writers. Nothing works quite as well for me at Halloween as I dip into my collections of his original published stories. Originally written as rough notes for his reading aloud to choristers at King’s College, Cambridge, they were evidently a highlight of the Christmas festivities.

There are many editions out there, including the recent Collected Ghost Stories by the Oxford University Press in October 2011. I have five of my own, all slightly different. So why look at another new collection?
…

More excitingly, this edition includes Living Night, a two page poem, and more than a dozen other rarer story fragments, including James’s only novel, The Five Jars (1920) a tale written possibly for, but felt to be too scary for, children in 1920. Some of the other extras here – Speaker Lenthall’s Tomb, Merfield House for example - are the only remaining fragments of the writing, a tantalising glimpse of some of James’ unfinished material. To be frank, the additions are interesting but not essential and Five Jars is a slim novel, but they are worth a read and do give the reader a better idea of James’ canon.

Sometimes an author or his/her books start making the rounds in the intarwebs and you dismiss it for whatever reason. Then people start saying things about it that you find intriguing and subsequently, the book(s) may go on sale for a price you can’t pass. Such is the case with Larry Correia and Monster Hunter International: 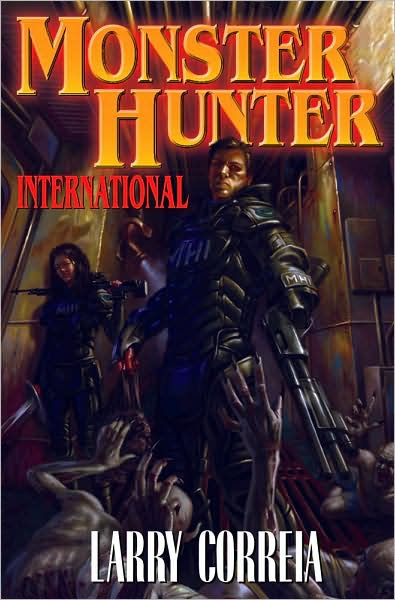 Owen learns that monsters are real and not only does the government have a secretive division dedicated to eradicating monsters and keeping their existence hidden from the public, but a paramilitary organization – Monster Hunter International (MHI) – wants to recruit Owen into its ranks. When he next meets his new employers, he is greeted by Earl and Julie Shackelford, one of the members of the family who founded Monster Hunters International. Of course Julie is stunningly gorgeous, loves guns as much as Owen does and is basically his dream woman come to life. Soon enough Correia* …rather Pitt joins MHI and goes through the typical training regiment the protagonist of military fiction needs to under go in order to become a Full Fledged Member.

In today’s genre landscape, werewolves, vampires, and demons are made out to be sexy creatures of seduction who can offer dark fantasies of lust. Not so in Correia’s world, these creatures are the monsters that scared us as kids, the creatures that gave us nightmares from B-movies and the bad guys we wanted to avoid having devour us. Here, the members of Monster Hunter International meet these creatures head on with shotguns, grenade launchers and all sort of (meticulously overly detailed) weaponry to protect the innocent.