A nice selection of books including one that was delayed for a while that I’ve been REALLY looking forward to reading. 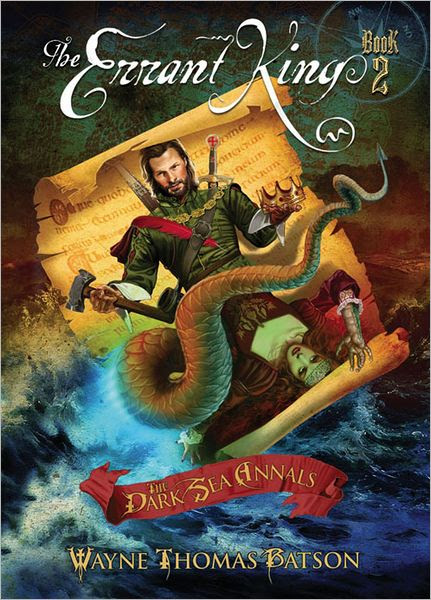 
Deep in the caves of the distant Hinderlands, an ancient menace stirs. Townsfolk shudder at violent memories of The Red Queen and even dare to whisper the name Raudrim. At the same time, word comes to Alastair that Cythraul has at last resurfaced, seeking a devastating weapon in the ruins of Grayvalon. Blood-soaked clues lead Alastair into a confrontation from which only one warrior will return alive. Meanwhile in Anglinore, young Lochlan Stormgarden, the new High King of Myriad, leaves the pomp and politics of the throne once too often. While blending in with the people of his kingdom, Loch suddenly realizes that he's put them all at risk. The fate of his new found love Arianna, his best friend Telwyn, his family, and indeed the world of Myriad all depend on the decisions of the errant king.

About THE DARK SEA ANNALS series:

A noble king discovers what happens when he leaves a door open for evil. The disastrous consequences impact generations, leaving the throne of Anglinore to a wicked despot, the kingdom in ruins, and Aravel's son Loch in exile. To throw down the vile new authority, Loch will need to find the fabled Halfainin and raise a new army from a world of reluctant citizens. Together with his archer friend Ariana, Loch will face adventures that span the world of Myriad, creatures that defy imagination, and choices great and terrible—all these recorded in The Dark Sea Annals. 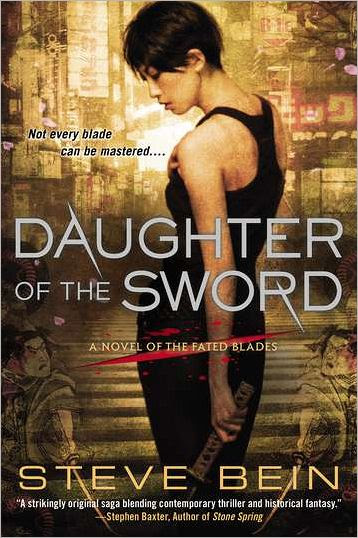 Daughter of the Sword (A Novel of the Fated Blades) by Steve Bein (Roc Trade 10/02/2012) – Debut novel from Bein, whose published a handful of short stories. This one’s getting quite a bit of prepublication buzz.

Mariko Oshiro is not your average Tokyo cop. As the only female detective in the city’s most elite police unit, she has to fight for every ounce of respect, especially from her new boss. While she wants to track down a rumored cocaine shipment, he gives her the least promising case possible. But the case—the attempted theft of an old samurai sword—proves more dangerous than anyone on the force could have imagined.

The owner of the sword, Professor Yasuo Yamada, says it was crafted by the legendary Master Inazuma, a sword smith whose blades are rumored to have magical qualities. The man trying to steal it already owns another Inazuma—one whose deadly power eventually comes to control all who wield it. Or so says Yamada, and though he has studied swords and swordsmanship all his life, Mariko isn’t convinced.

But Mariko’s skepticism hardly matters. Her investigation has put her on a collision course with a curse centuries old and as bloodthirsty as ever. She is only the latest in a long line of warriors and soldiers to confront this power, and even the sword she learns to wield herself could turn against her. One of the most hauntingly original dark fantasy debuts in years—perfect for fans of Lost and Mark Danielewski’s cult classic, House of Leaves.

Something has happened in Spokane. The military has evacuated the city and locked it down. Even so, disturbing rumors and images seep out, finding their way onto the Internet, spreading curiosity, skepticism, and panic. For what they show is—or should be—impossible: strange creatures that cannot exist, sudden disappearances that violate the laws of physics, human bodies fused with inanimate objects, trapped yet still half alive. . . .

Dean Walker, an aspiring photographer, sneaks into the quarantined city in search of fame. What he finds will change him in unimaginable ways. Hooking up with a group of outcasts led by a beautiful young woman named Taylor, Dean embarks on a journey into the heart of a mystery whose philosophical implications are as terrifying as its physical manifestations. Even as he falls in love with Taylor—a woman as damaged and seductive as the city itself—his already tenuous hold on reality starts to come loose. Or perhaps it is Spokane’s grip on the world that is coming undone.

Now, caught up in a web of interlacing secrets and betrayals, Dean, Taylor, and their friends must make their way through this ever-shifting maze of a city, a city that is actively hunting them down, herding them toward a shocking destiny. 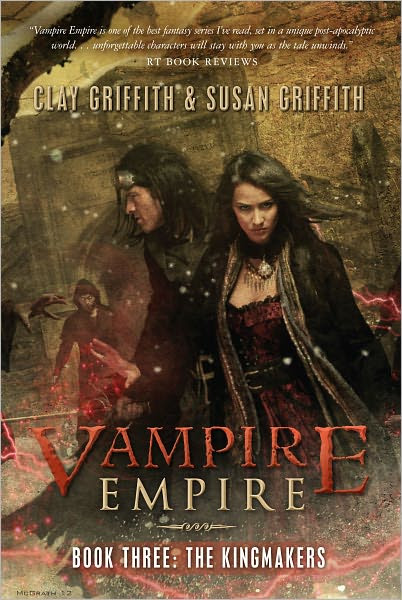 The Kingmakers (Vampire Empire #3) by Clay and Susan Griffith (Pyr Trade Paperback 09/04/2012) –Third and final novel in the Griffith’s entertaining mix of Steampunk and Vampire Romance.

No description available on the internet yet for this one, but I suppose events building in books one and 2 come to a head here in the third and final volume. 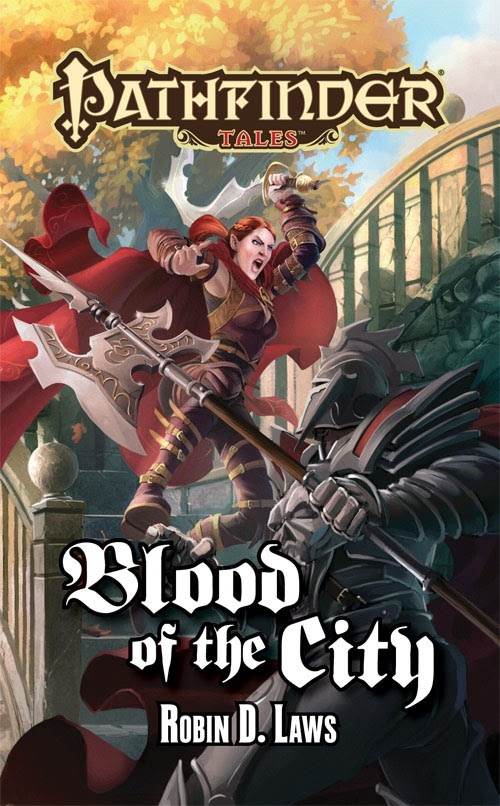 Blood of the City (A Pathfinder Tales novel) by Robin Laws (Paizo Mass Market Paperback 09/04/2012) – I now have five Pathfinder novels and I do intend to read at least one of them to sample the world. Laws has been a game designer for quite a while and this is his second Pathfinder novel.

Luma is a cobblestone druid, a canny fighter and spellcaster who can read the chaos of Magnimar’s city streets like a scholar reads books. Together, she and her siblings in the powerful Derexhi family form one of the most infamous and effective mercenary companies in the city, solving problems for the city’s wealthy elite. Yet despite being the oldest child, Luma gets little respect—perhaps due to her half-elven heritage. When a job gone wrong lands Luma in the fearsome prison called the Hells, it’s only the start of Luma’s problems. For a new web of bloody power politics is growing in Magnimar, and it may be that those Luma trusts most have become her deadliest enemies... The Coldest War (Milkweed Tryptich #2) by Ian Tregillis (Tor, Hardcover 07/17/2012) – After some publisher delay, the second novel and sequel to what I thought was the best debut novel published in 2010.

In Ian Tregillis' The Coldest War, a precarious balance of power maintains the peace between Britain and the USSR. For decades, Britain's warlocks have been all that stands between the British Empire and the Soviet Union—a vast domain stretching from the Pacific Ocean to the shores of the English Channel. Now each wizard's death is another blow to Britain's national security.

Meanwhile, a brother and sister escape from a top-secret facility deep behind the Iron Curtain. Once subjects of a twisted Nazi experiment to imbue ordinary people with superhuman abilities, then prisoners of war in the immense Soviet research effort to reverse-engineer the Nazi technology, they head for England.

Because that's where former spy Raybould Marsh lives. And Gretel, the mad seer, has plans for him.

As Marsh is once again drawn into the world of Milkweed, he discovers that Britain's darkest acts didn't end with the war. And while he strives to protect queen and country, he is forced to confront his own willingness to accept victory at any cost.