Returning to the weekly book review post is Nila White, whose been taking looks at books published. Meanwhile, Mark looks at another Superhero novel and I review the sequel to the most impressive debut novel I read in 2011.


A book I’ve been looking forward to reading ever since finished its predecessor is King of Thorns by Mark Lawrence. The first novel, King of Thorns was the standout debut novel I read last year, does the sequel live up to the promise of the first? 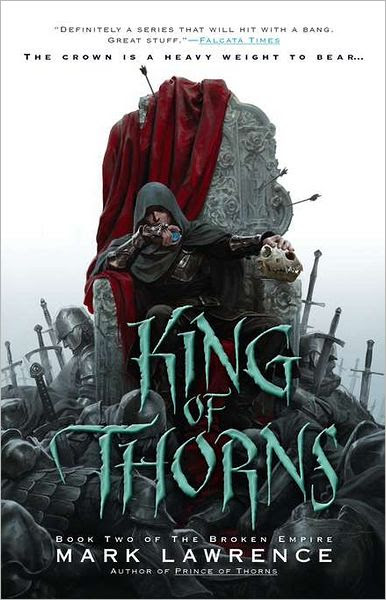 The narrative which is billed as “Four Years Earlier” follows Jorg on a quest across post-apocalyptic Europe and has a similar feel to Prince of Thorns in the travelogue sense. Jorg is humbled by the heroic Prince of Arrow, a man who could be either enemy or ally to Jorg in the Hundred War raging across the known lands. More sign posts and artifacts appear which give credence to the fact that Jorg and his story take place in a far future that has fallen into pseudo-medieval trappings. Continual references throughout the novel to “the Builders” reinforces the awe and wonder of what is likely the current civilization in which we live.

The present narrative is indicated by the chapter heading “Wedding Day” and here we see a wiser Jorg preparing, with a fair bit of anxiety and trepidation, for the day of his betrothal. Unfortunately, a massive army is mounting a siege and the more-mature Jorg who seems to have shaken control of two demons helpers from Prince of Thorns and absorbed the necromancy of a third helper, realizes what a challenge this army will present. Though his bride is much younger than him, she proves not to be innocent and without her own will as we and Jorg get to know her better.

Superhero novels are becoming more prevalent, as evidenced by the fact that Mark reviews the second such novel in only a few months. Samit Basu has been writing for a while both in comics and prose, Mark takes a look at his latest, Turbulence, the aforementioned Superhero novel: 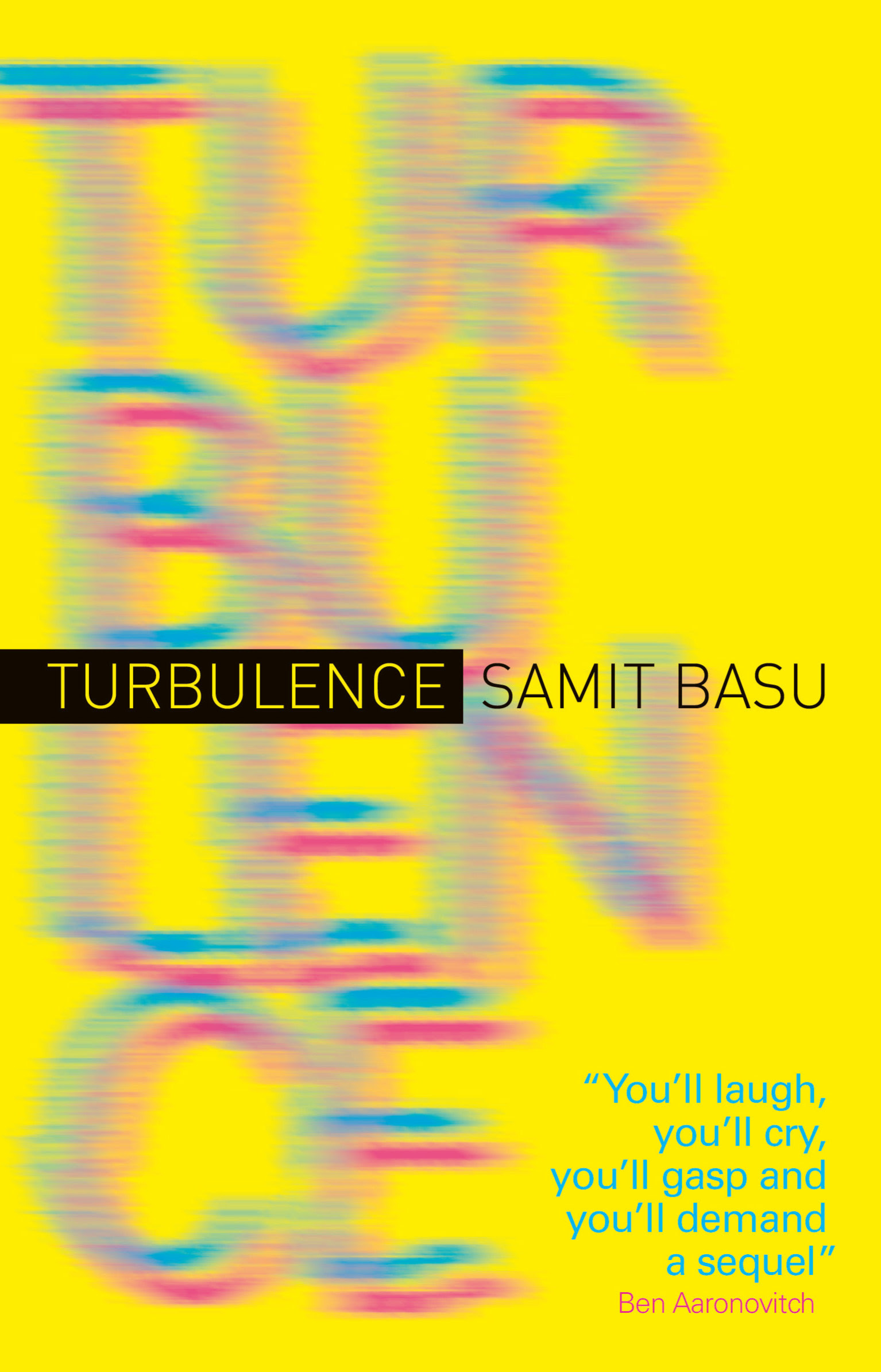 The story’s setup is fairly simple. On a plane journey from London to Delhi, Aman Sen and his fellow passengers (403 of them) experience something strange and the result is that everyone who disembarks in Delhi has superhuman abilities. Each one is different. Aman’s skill is the ability to access global communication networks without equipment. Others on the plane have similar strange powers: we have hopeful Bollywood actress Uzma who seems to charm everyone she meets, Vir who can fly at supersonic speeds without mechanical means, Tia who can be in more than one place at once. Throw in a mad scientist and his crackpot inventions and you have a Justice League team to end all Justice League teams (or rather “World-Changing-Super-Squad” as one of the characters calls themselves.)
...
This is good in itself. But what is most impressive is that the book takes common traditional superheroes themes and then writes about them from a very different perspective. Whilst some of the ideas are not new (see the list of other similarly themed work at the beginning of this review), as most of the action takes place not in the traditional locale of the US, but in Asia, in India, there is a different outlook to the superhero mythology that is quite refreshing and not something you would normally read in, say, a Marvel comic book. Turbulence involves topics as diverse as Bollywood, cricket, media networks, celebrity hype and Hindu god-worship. The characters are of varying social backgrounds, and each has enough variety to be both diverse and engaging.

Nila, reviews a book from one of the members of the SFFWorld forums, Kerry M. Tolan, who is an active and helpful participant in our writing forums. Blade Dancer is his first novel, here’s a bit of what Nila thought:

Blade Dancer is a complicated story set in an alien world rich in military history. The reader is immersed in the life of Mikial Haran, a new soldier in the Qurl Datha sect, while she struggles with her own personal demons and the events in her world that threaten to change the path of all its inhabitants - regardless of how much they hate each other.

This fast paced, military-bent, science fiction tale is Mr. K.T. Tolan’s first book. Epic in scope, Mr. Tolan does a great job at describing the military structure, and combat scenes. He’s also done an excellent job of detailing a rich history for an alien world at the brink of huge change. A winner of the 2009 EPIC (Eppie) Award, Mr. Tolan does know how to weave a grand tale, however, the book did have drawbacks for me.