It is the week of Thanksgiving here in New Jersey and we’ve got three new reviews at SFFWorld for which I hope you, my millions …. and millions of readers will be thankful. We’ve got a translation/international bestseller, reflection on film masterpiece and a debut novel today


G.T. Almasi is a graphic designer turned writer, with Blades of Winter; he launches both his novel writing career and a the inventive Alternate History/Spy Thriller/Cyberpunk Shadowstorm series 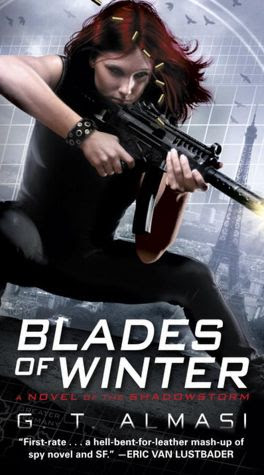 Set in the 1980s, the United States’s greatest enemies, at least the threats against which Alix and Ex-Ops defend the US against are Greater USSR, Greater Germany, and China. This imagined balance of power brings Germany out of defeat from World War II because of one critical event – the successful murder of Adolf Hitler by his own men, allowing the Nazi party to flourish. This tenuous balance of power reminded me a bit of the changing enemies of George Orwell’s 1984.
…

Presented in both Alix’s voice as the first person narrator and ‘official’ government communiques and news clippings, Almasi achieves a great level of authenticity in Blades of Winter. The dialogue between Alix, her colleagues, her lover, and her mother all ring true. The slight changes, or ripples in the lake, Almasi’s world posits lends a more plausible feel. History and urban legend have combined in the Shadowstorm saga to give the Nazis a greater level of technological prowess allowing for the advancements in biomechanical enhancements employed by Alix and her peers. The novel brings things a bit more contemporary with conflict in the Middle East taking center stage towards the end of the novel.

Nila is on tap with the translation/international bestseller in the form of Félix J. Palma’s Map of Time: 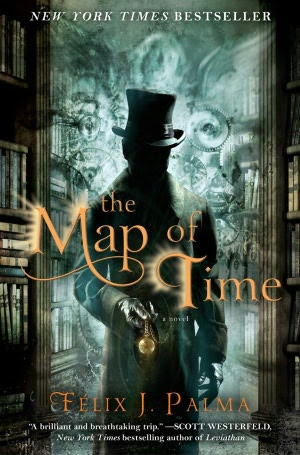 Told in three parts, we are welcomed to the world of The Map of Time by an unnamed narrator, a sort of ring-master, who tells us, “Your emotion and astonishment are guaranteed.” After raising an eyebrow to that, the reader might pause to think upon this bold statement, but once you turn the page, there’s no looking back, because we immediately meet Andrew Harrington, a young, well-to-do gentlemen in a bit of predicament: He can’t decide which of his father’s pistols he should use to kill himself.
…
Though The Map of Time is well-written, it needed a much stronger editor. There were large passages where the same information was re-told (I imagine a holdover from when the stories stood on their own), overly long letters dump the story on the reader (yes, I know, that’s a literary style), and moral and philosophical tangents, while interesting, were entirely superfluous. The book could have been cut in half and made much better for it – in my opinion.

With the debut and translation out of the way, that leaves Mark’s review as the one focused on a memoir whose subject is the first Summer Blockbuster Jaws. The book is Jaws: Memories from Martha’s Vineyard by Matt Taylor:

The book is more than a reminder of the film. It is a record of the making of a classic film on the New England island of Martha’s Vineyard. Not only do we have a foreword by Spielberg on the importance of the location in setting the scene for the movie, but the book has interviews with production designer Joe Alves and screenwriter Carl Gottlieb about how the film was developed. For this new second edition, there are sixteen pages of photos never seen before, including storyboards from Joe Alves and photos from crew members’ private photos.

The film was, by many accounts, not an easy one to make, with problems on location and with the mechanical shark prop, budget overruns and scheduling issues, amongst many others. The book does not gloss over these issues, and as a result shows how difficult such a film can be to make. (It also made me realise how difficult making any film involving the ocean can be, which is probably why we don’t see that many!) In the days of filmmaking before ‘everything was done in a computer’, it is a summation of the craft of old-fashioned filmmaking.