As is often the case, Mark and I will both receive copies of some of the larger titles and such is the case with the book for which I’ve posted today’s review. Meanwhile, Mark looks at another genre mash-up from one of the first purveyors of the mash-up.

Few authors not with the initials GRRM are as popular in the SFFWorld Forums as Joe Abercrombie. Mark reviewed it a couple of weeks ago and now it’s my turn to catch up with Joe’s Red Country: 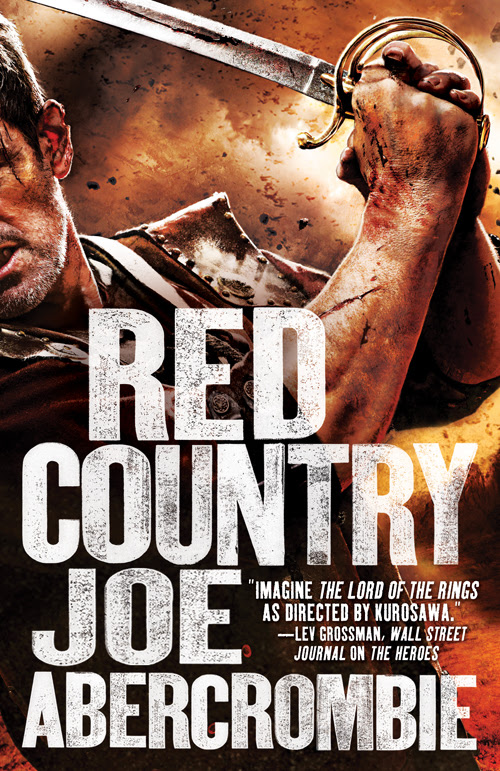 A man’s past can’t always stay in the past, it affects his decisions and how he lives his life. Sometimes, that past comes knocking and despite how a man may hide from that past, it may or may not go away. When that past helps the man reach an important goal – such as saving his adopted children from kidnappers – then that past is even more difficult to keep buried. The past…just one of the themes that proves very informative for Joe Abercrombie’s sixth novel, Red Country.
…

Many have likened the feel and plot to a western novel, and indeed, it is easy to see why. The sparse land, the grey-and-black morality of the characters and the revenge theme all share much in common with some of the classic Western films like The Unforgiven and True Grit. That having been written, the story/film that continued to resonate with the most me as I addictively kept turning the pages was A History of Violence, coincidentally enough, two stars of that film (Viggo Mortsensen and Ed Harris) were in a recent western film Appaloosa.

Familiar themes are powerful, but for me what’s often worked best with Joe’s novels is the dialogue. Each character has a distinct voice, even without the qualifying …Lamb said or Shy asked, it would be pretty easy to determine which character is speaking. It is this quality that separates, among others qualities, Joe from his peers in the genre.

Seth Graham-Smith mashes up “history” with fantasy in Unholy Night and Mark liked the results. 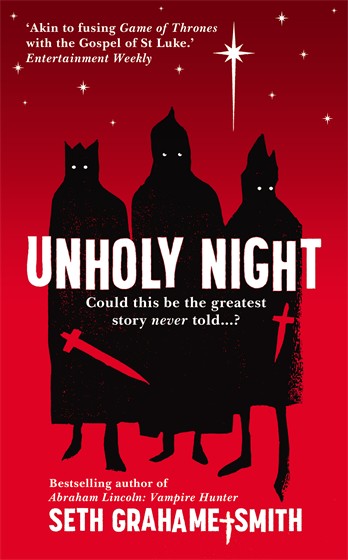 As we approach Christmas 2012 (It’s really not that far away!), the ever-so-busy author turns his trademark mash-up style to the Nativity. The book tells of the ‘real’ story of the three Kings of the Magi. Led by Balthazar, it seems that, at least according to Seth, these enigmatic heralds of the birth of Jesus are not quite the wise old men scriptures would have us believe.
…
At first the idea of a Fantasy based Nativity story sounds quite preposterous. Yet, if you take away most of the religious connotations, it does make quite an exciting adventure tale. The discovery of the manger is not because the Three Kings followed a star (although there is one of great luminosity over Bethlehem in this tale, heralding the Messiah), but rather because they accidentally came across it whilst attempting a jailbreak. The ‘wise men’ the Bible would have us believe in are, in fact, petty thieves who spend most of their time trying to get out of trouble, rather than the benefactors of gifts to the Messiah.