Just one book this week, a crime thriller.

The Lost Girls of Rome by Donato Carrisi (Mulholland Books, Hardcover 11/19/2013) – Carrisi was one awards for his fiction in his native Italy, this is his second novel to appear in the US through Mulholland Books.

A grieving young widow, seeking answers to her husband’s death, becomes entangled in an investigation steeped in the darkest mysteries of Rome.


Sandra Vega, a forensic analyst with the Roman police department, mourns deeply for a marriage that ended too soon. A few months ago, in the dead of night, her husband, an up-and-coming journalist, plunged to his death at the top of a high-rise construction site. The police ruled it an accident. Sanda is convinced it was anything but.

Launching her own inquiries, Sanda finds herself on a dangerous trail, working the same case that she is convinced led to her husband’s murder. An investigation which is deeply entwined with a series of disappearances that has swept the city, and brings Sandra ever closer to a centuries-old secret society that will do anything to stay in the shadows. 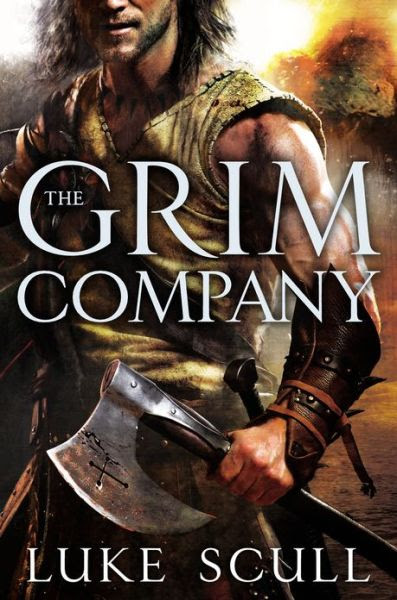 The Grim Company by Luke Scull (Hardcover 09/03/2013 Roc) – Scull’s debut reaches US shores. My colleague Mark had good things to say when it was released in the UK through Head of Zeus.

The Gods are dead. The Magelord Salazar and his magically enhanced troops, the Augmentors, crush any dissent they find in the minds of the populace. On the other side of the Broken Sea, the White Lady plots the liberation of Dorminia, with her spymistresses, the Pale Women. Demons and abominations plague the Highlands.

The world is desperately in need of heroes. But what they get instead are a ragtag band of old warriors, a crippled Halfmage, two orphans and an oddly capable manservant: the Grim Company.

I've had an ARC of The Grim Company cued up for a while - can't wait to give it a read.