It's been a couple of weeks since I rounded up the book reviews I've posted, so here goes, starting with the 'oldest' first.  That book is Defenders by Will McIntosh and has become the measuring stick by which I will judge all SF I read this year.  This was a stellar, elegant novel that was as close to perfect as I've read in SF in quite some time: 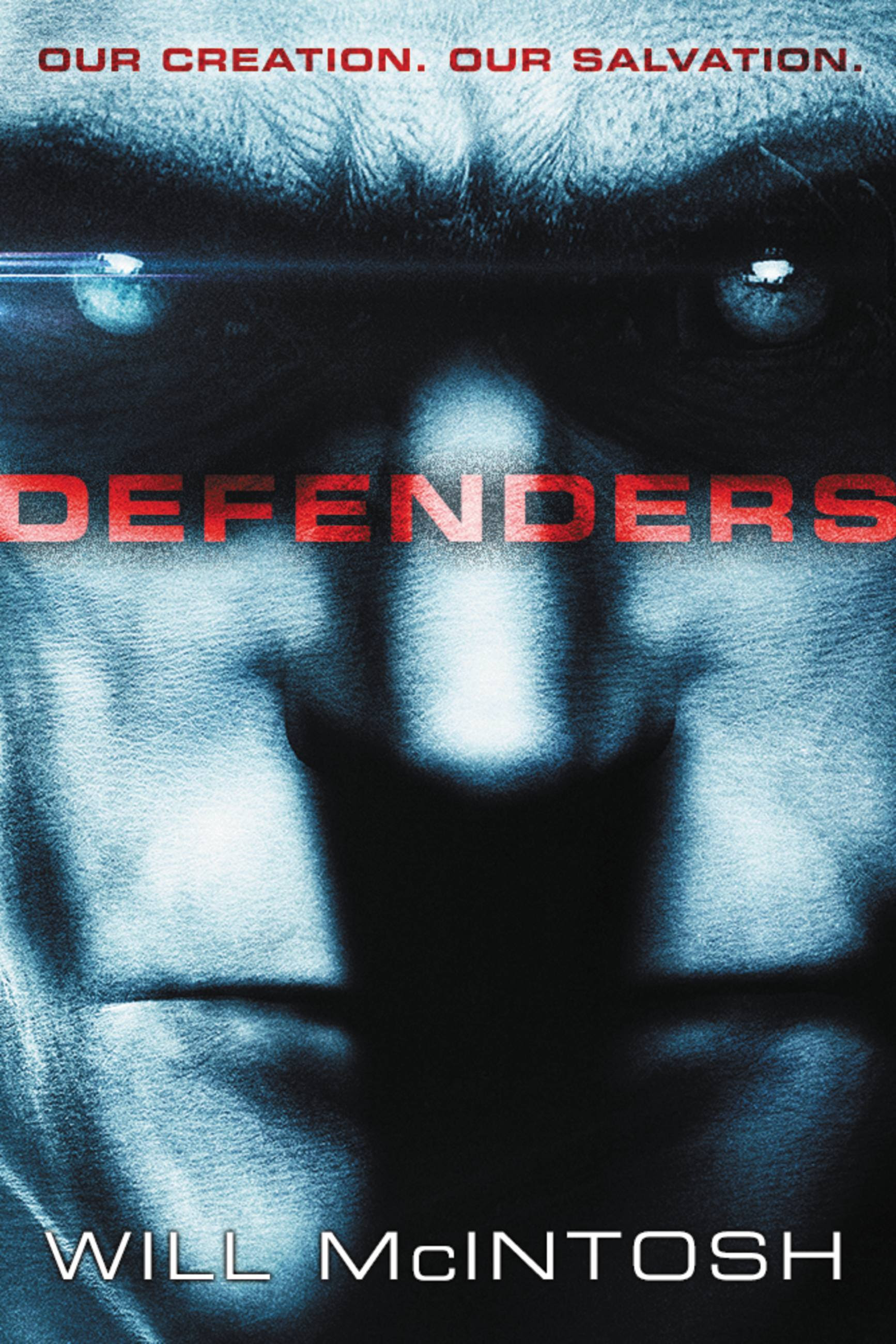 McIntosh tells the story from three primary points of view: Oliver Bowen, Kai Zhou, and Lila Easterlin and an occasional POV chapter from Dominique Wiewall. Oliver is a scientist working for the government who soon becomes a liaison to the Luyten, specifically to the Luyten known as Five. Kai was mentally connected to Five during the war, Lila’s family was killed in the war against the Luyten, and Dominique Wiewall is highly placed in the government and the creator of the Defenders. Through the first half of the novel, we get to know these characters, how the war with the Luyten affected them (drastically, natch) and the path this put them on to deal with the world once the Defenders were created in to save the human race.

What makes Defenders such an incredible novel is McIntosh’s pure elegance, the beauty of its simplicity. Each element of the novel, the characters, the situations, the world, the results of the world’s actions, organically feed into each other as the novel progresses. Oliver could very easily have been the typical geeky scientist and there are elements of that in him; he’s a bit socially awkward for example. However, it isn’t a defining trait. Wiewall could, in the hands of a writer with lesser skill at fleshing out characters, been the proverbial bitch on wheels so many women in power are painted as with shallow strokes. However, in the (relative to other characters) small amount of space we are in Wiewall’s head, she comes across as a woman who is admirably head-strong, as well as flawed and nervous. In other words, she’s reads like a real, living and breathing person.

The second review on this round-up is one that didn't work for me nearly as well as did Defenders. I refer to Katherine Addison's The Goblin Emperor.  This book has been getting nearly universal love/acclaim from the folks in my twitter/blogger stream, but it didn't work for me. In other words, I'll just call this one Ancillary Justice 2014: The Fantasy Version: 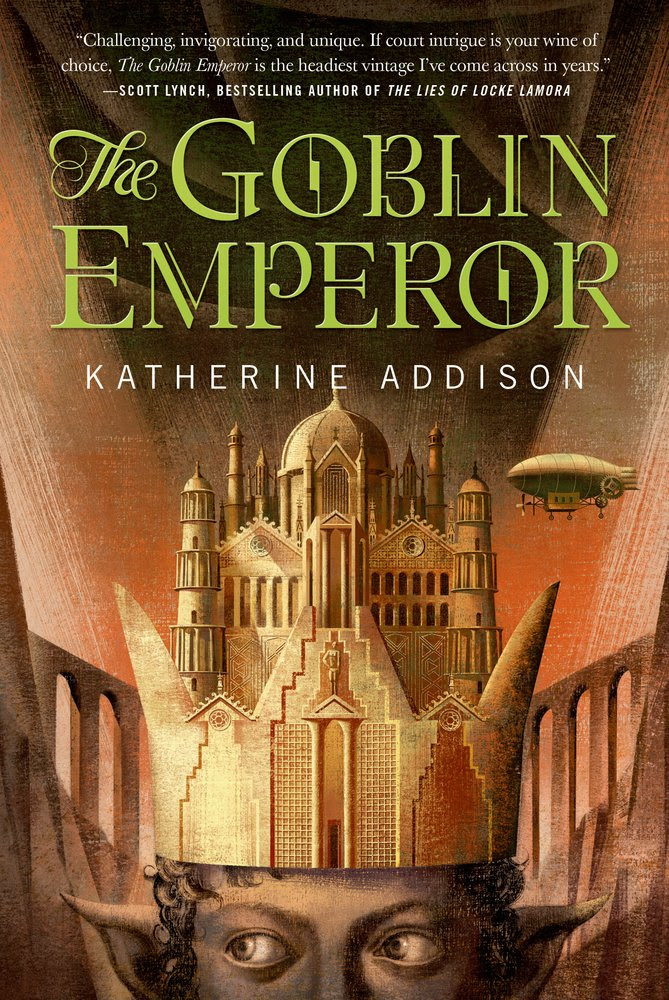 The true strength of this novel is the character of Maia. He makes decisions that go against convention and surprise those advisors he takes into his innermost circles. To say his opinions and decisions to problems goes over in a refreshing manner is an understatement. He actually treats all of his subjects as people rather than annoyances, and acts in the personal interests of his siblings who still live. What makes Maia such an easy character to empathize with is that he is experiencing life in the Untheileneise Court for the first time.

What all of these elements were for me was a barrier erected between the core elements of the novel that worked very well (strong protagonist, inventive setting) and the cumbersome elements (overlong linguistic affectations and idiosyncratic naming conventions) that ultimately prevented me from enjoying the novel. While I understand and enjoy novels that challenge me and challenge conventions of the genre in terms of form, gender assumptions, etc., there’s a line that “challenging” crosses and becomes an impediment to enjoyment. Unfortunately that was the case with The Goblin Emperor.

Last, most recent, and most certainly not least is Peacemaker by Marianne de Pierres, which was a blast and was posted to Tor.com just yesterday. I was very pleased that Marianne jumped into the comments to shed some light on a couple of things. In other words, a case of an author APPROPRIATELY addressing a review of her work: 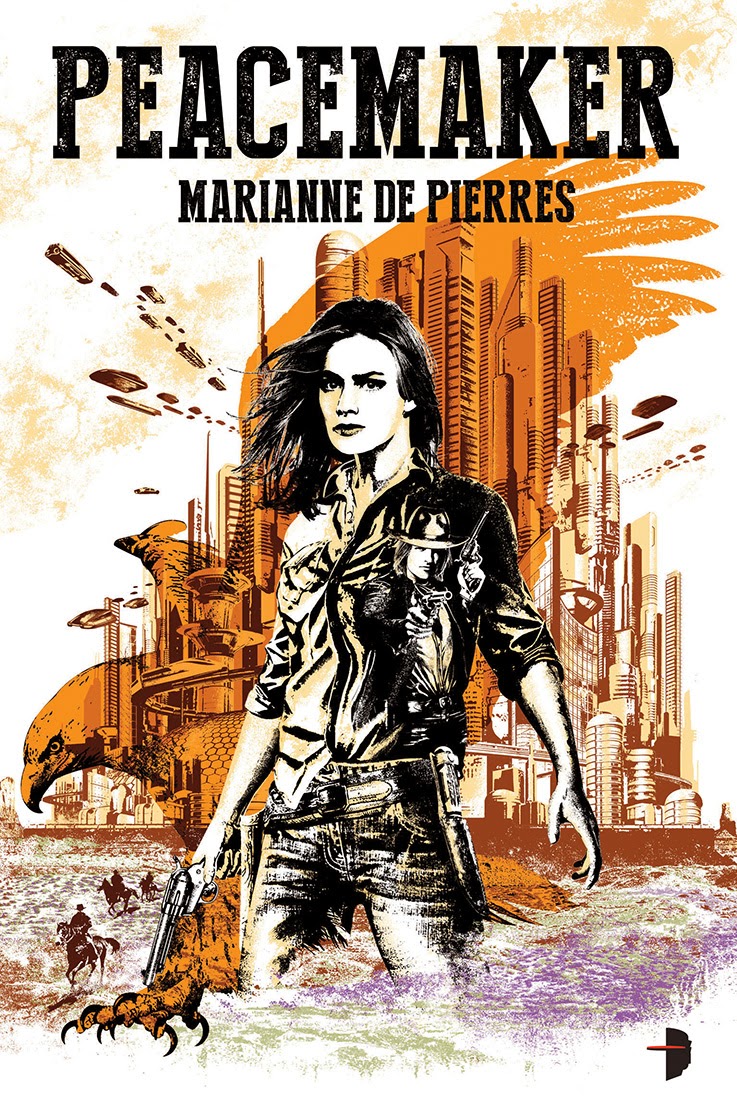 Told from Virgin’s point of view, de Pierres’s narrative is very intimate. We see everything through her eyes, including the United States Marshall assigned to shadow her on the strange goings-on at the park, Nate Sixkiller. He comes across as polite and mannered in a classic cowboy sort of fashion, yet quite stoic and unbending.

Virgin Jackson is a very well-rounded character: she’s successful in her chosen vocation, she’s got a romantic life and friends, etc. In some ways she reminds me a bit of the character Kate Beckett from Castle, as both are fierce, strong women who followed in their father’s footsteps. Because we are literally in Virgin’s head, we get a better sense of her relationship to her father. He died under mysterious circumstances, and she has carried on in his place, seeing the park preserved and safe. Virgin is much more than a simple “action girl,” however. Virgin isn’t perfect or invincible—while she does take part in her fair share of daring moments, she is also rescued from danger equally. Much to her consternation, Sixkiller happens to be the one saving her at times.


I have been wanting to read Defenders ever since I first heard about it. I'm a little reluctant, however, as I didn't fall in love with Love Minus Eighty as much as everyone else did. It almost felt like a chore at time for me to get through.

Hopefully Defenders will suit me more.