It was publicized (Sarah’s Web site was the first place I saw it) around the genre blogosphere (I know Aidan reveres this series as much as I do) late yesterday, DAW Books announced they will be publishing a sequel series to Tad Williams Memory, Sorrow and Thorn returning to his most popular series and the characters of Simon and Miriamele in The Last King of Osten Ard. The book titles will be (as of now): 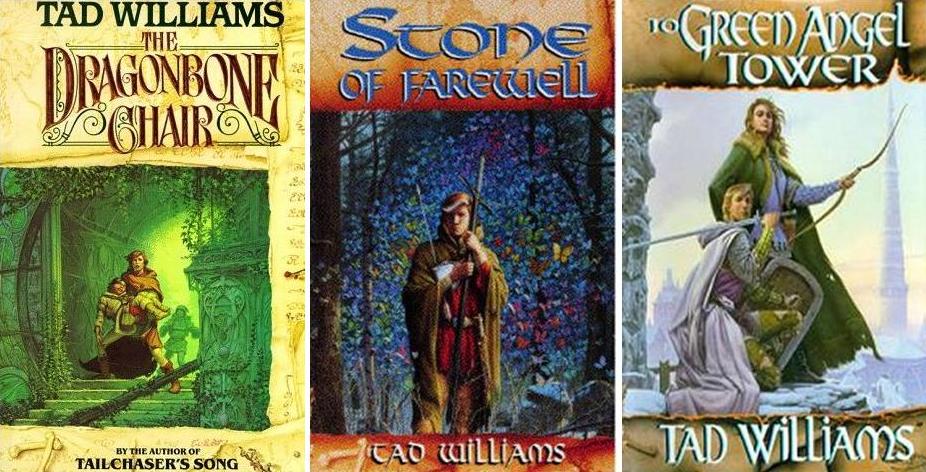 Years ago, back in the days of yore before the Internets and only one book of GRRM’s A Song of Ice and Fire was on the shelves and I then recently graduated college I was getting back into non-academic reading I knew I wanted to dive into Science Fiction and Fantasy so of course I jumped into the Wheel of Time and other books I knew as landmark novels/series like Stranger in a Strange Land, Ender’s Game, Hyperion among others.

However, one series I latched onto in late 1998 after browsing amazon.com’s reviews and suggestions was Memory, Sorrow and Thorn. I was lucky enough that hardcover copies of the trilogy were still in print and available so I purchased the books in their original publication format, a trilogy of three books. To this day, the trilogy is a standard-bearer in my personal fantasy pantheon and one against which I measure nearly all fantasy I read. The physical books are some of the most treasured physical books I own, not the least of which is because of the gorgeous and iconic artwork from the legendary Michael Whelan. 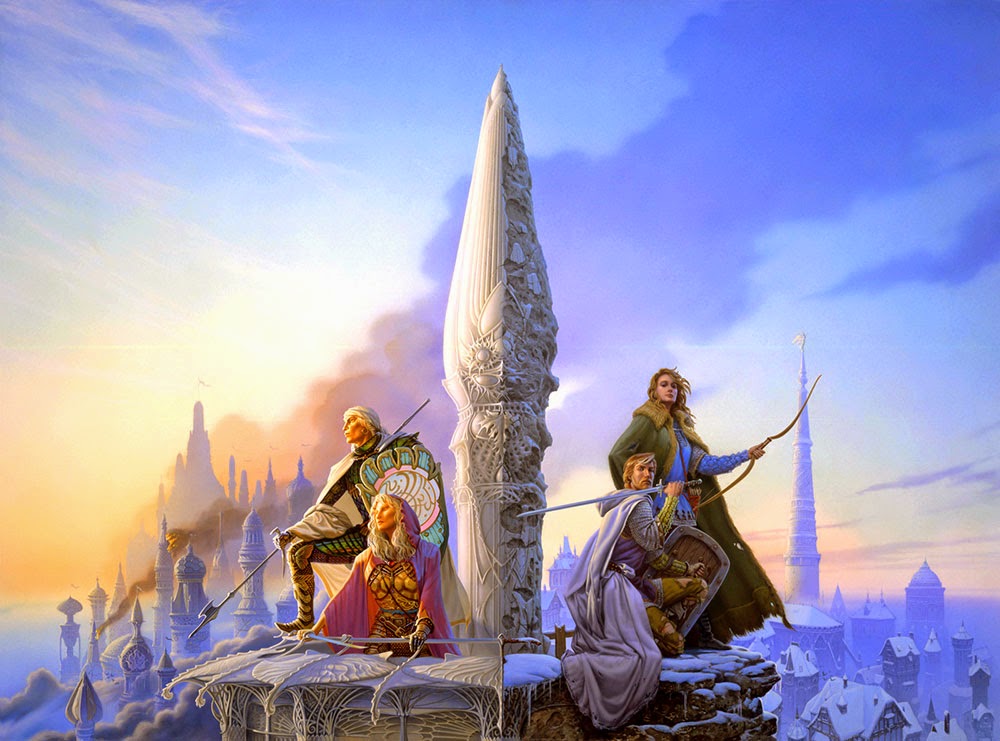 As is now known by many of us who have read both authors, George R.R. Martin was strongly nudged/influenced by reading Memory, Sorrow and Thorn that Smart Epic Fantasy could be done. I think we know how that worked out.

Since reading Memory, Sorrow and Thorn that first time back in 1998, I’ve been a fan of Tad’s work and joined up the old Shadowmarch online community and re-read Memory, Sorrow and Thorn. Though at that time (over a decade ago now, so with the new series looming, I’ll be re-reading again), I bought the mass market paperbacks because I didn’t (a) want to lug around those gigantic hardcovers and, (b) perhaps more importantly, didn’t want to damage my precious 1st edition hardcovers.

So in short, you could say I’m more than a little excited about this series.

This sort of begs the question (as is often the case in such situations), can a creator return to their best known creation after an absence?  Not an easy answer, but there are few writers who I trust more to than Tad Williams.
at 4/04/2014

Huge news - after years of sci-fi and urban fantasy, it's nice to see him return to his roots. And here I thought Robin Hobb's return to Fitz & Fool would be the hard to top. :)

Oh yeah, those Michael Whelan covers are some amazing work. I've purchased many books over the years because of Whelan covers, and once in awhile I actually read them and, more often than not, am really pleased by the book.

THE icon of 1980s fantasy art...and you knew after reading the book and gazing at the cover again he read more than just the book's synopsis.