Three big books this week.  Well, six books. Er..rather six novels and three books, since one of those books is a gigundo omnibus. 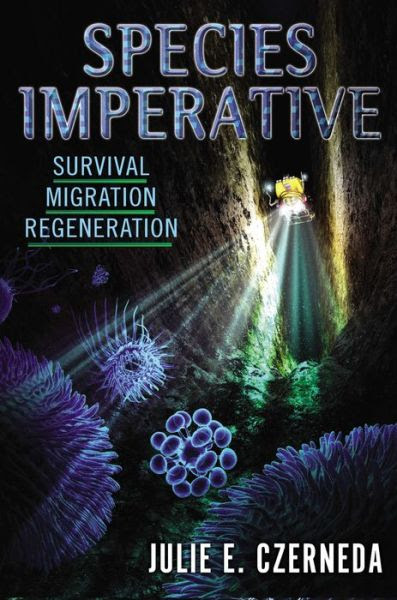 Species Imperative (Omnibus) by Julie E. Czerneda (DAW Trade Paperback 9/02/2014) – An omnibus of Czerneda’s Species Imperative trilogy, a series about alien biology in an interstellar future. This is thick ratkiller of an omnibus and I hope to get to it soon..

A threat to entire worlds. Where on that scale does one woman fall?

Dr. Mackenzie "Mac" Connor’s goal in life is to be left in peace to study her salmon and their migration. She has no interest in the Interspecies Union, space travel, or the mysterious Chasm, an expanse of dead worlds filled with the ruins of alien civilizations. The only cloud on Mac’s horizon is having to meet with the Oversight Committee to defend any research intrusions into the protected zones on shore.

But what Mac wants no longer matters. There’s another, darker, migration underway, this time across space. What created the Chasm has awakened once more, to follow its imperative to feed on living worlds. How can it be stopped?

Aliens have asked Mac to find that answer. She knows it may mean sacrificing all she loves, including Earth itself. She’s determined to find another way.

But, first, she must survive.

The Chasm of the past was only a trial run, for this species intent on replacing all life with its own. And they’ve learned her name. 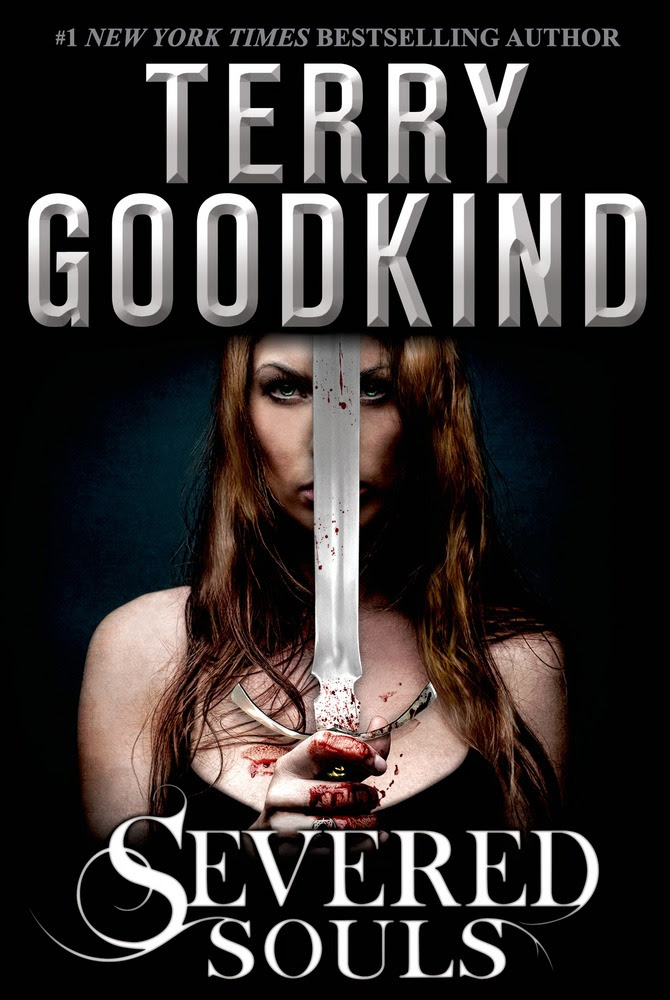 Severed Souls (Sword of Truth #14) by Terry Goodkind (Tor Hardcover 08/19/2014) – Another not-a-fantasy novel by Terry Goodkind, I wonder if Kahlan and Richard will be apart for long patches of the plot and doubt whether the other loves the other

From the far reaches of the D'Haran Empire, Bishop Hannis Arc and the ancient Emperor Sulachan lead a vast horde of Shun-Tuk and other depraved "half-people" into the Empire's heart, raising an army of the dead in order to threaten the world of the living. Meanwhile, far from home, Richard Rahl and Kahlan Amnell must defend themselves and their followers from a series of terrifying threats, despite a magical sickness that depletes their strength and which, if not cured, will take their lives...sooner rather than later.

"Richard saw the point of a sword blade sticking out from between the man’s shoulder blades. He spun back toward Richard after throwing the woman out of the opening, ready to attack. It seemed impossible, but the man looked unaffected by the blade that had impaled him through the chest.

It was then, in the weak light from the fire pit off to the side, that Richard got his first good look at the killer.

Richard recognized the knife handles. All three were the style carried by the men of the First File.

He looked from those blades that should have killed the big man, up into his face. That was when he realized the true horror of the situation, and the reason for the unbearable stench of death."

From Terry Goodkind, author of the Sword of Truth series, comes a sweeping new novel of Richard Rahl, Kahlan Amnell, and their world. 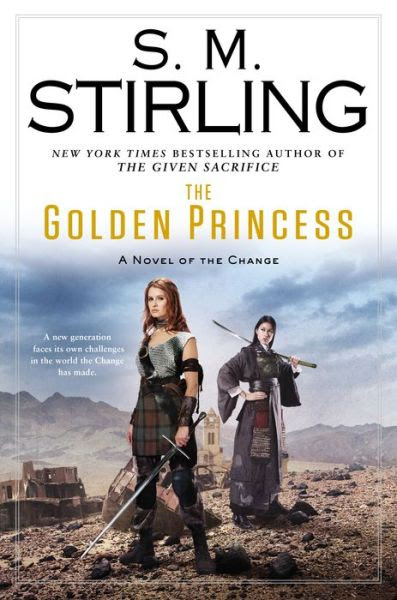 The Golden Princess (A Novel of the Changev/ Rudi’s Children) by S. M. Stirling (Roc Hardcover 09/02/2014) – Like clockwork, it’s September and time for a new novel in Stirling’s Change universe where technology stops working.


A new generation faces its own challenges in the world the Change has made.


Princess Órlaith, heir to Rudi Mackenzie, Artos the First, High King of Montival, now wields the Sword of the Lady—and faces a new enemy. Fortunately, she also has a new ally in Reiko, Empress of Japan, who has been pursued to America by a conquering army from Asia.

To combat their mutual foe, Órlaith and Reiko embark on a quest to find the fabled Kusanagi-no-Tsurugi, the Grass-Cutting Sword, one of the three great treasures of the Japanese Imperial House. But dreams have revealed that the road to Kusanagi lies through the meganecropolis of the City of Angels, the greatest and most perilous of the dead cities...and beyond it, to a castle in the fearful Valley of Death. And their relentless enemy will stop at nothing to prevent them from succeeding.

For across the Pacific, the great arc of land that stretches from the dark kingdom of Korea to the realm of Capricornia in Australia is threatened by war. Now all the survivors of the Change must choose sides...
at 8/17/2014