With this week’s group of books, the first 2015 book has arrived. 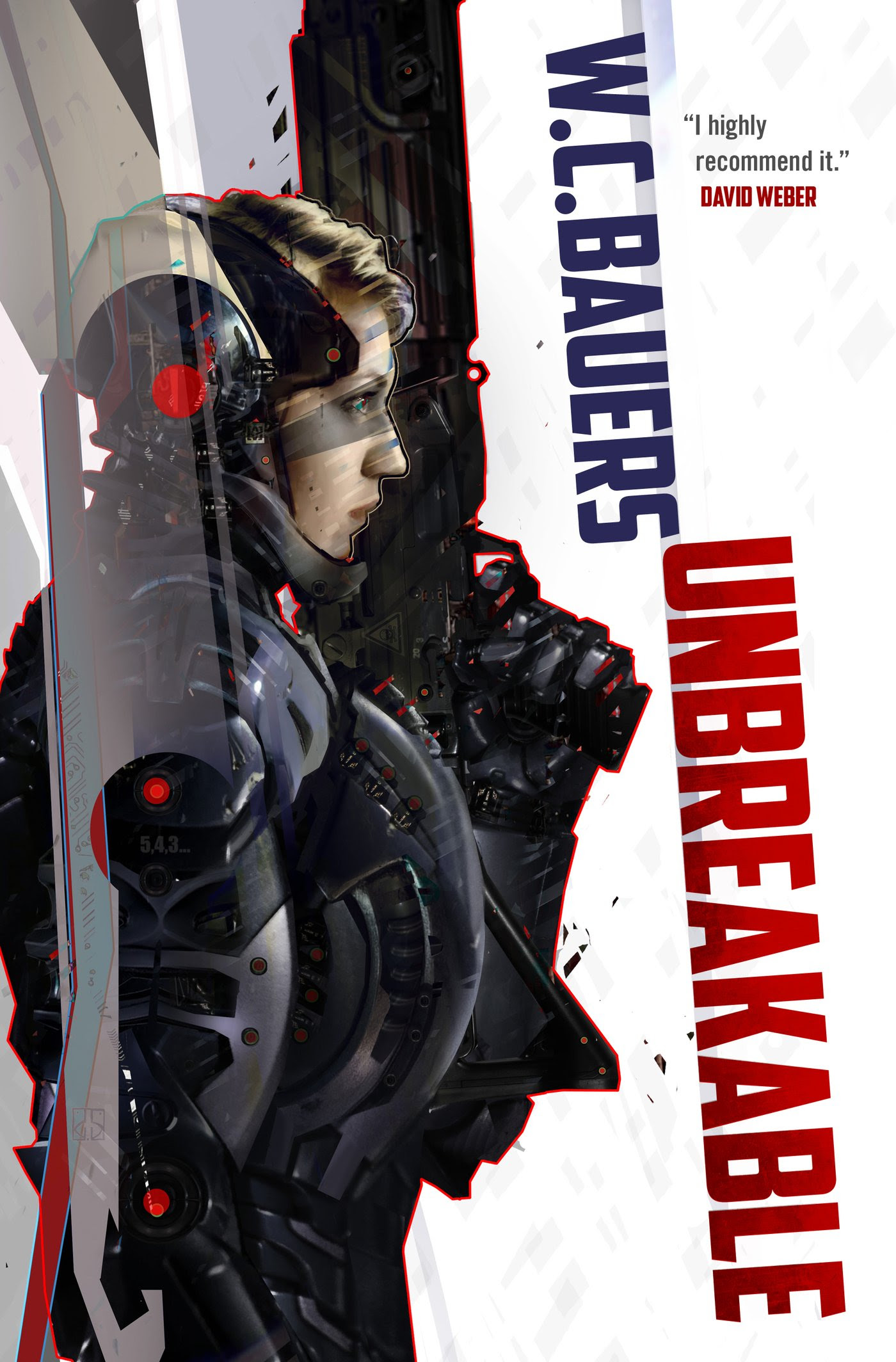 Unbreakable by (The Chronicles of Promise Paen #1) W.C. Bauers (Tor Hardcover 01/15/2015) – Bauers makes the shift from one side of Publishing (behind the scenes in sales) to another as an author with this debut Military SF. A new author could do a helluva lot worse than to have a David Weber quote on the cover of his Military SF novel.

The colonists of the planet Montana are accustomed to being ignored. Situated in the buffer zone between two rival human empires, their world is a backwater: remote, provincial, independently minded. Even as a provisional member of the Republic of Aligned Worlds, Montana merits little consideration—until it becomes the flashpoint in an impending interstellar war.

When pirate raids threaten to destabilize the region, the RAW deploys its mechanized armored infantry to deal with the situation. Leading the assault is Marine Corps Lieutenant and Montanan expatriate Promise Paen of Victor Company. Years earlier, Promise was driven to join the Marines after her father was killed by such a raid. Payback is sweet, but it comes at a tremendous and devastating cost. And Promise is in no way happy to be back on her birthworld, not even when she is hailed as a hero by the planet's populace, including its colorful president. Making matters even worse: Promise is persistently haunted by the voice of her dead mother. Meanwhile, the RAW's most bitter rival, the Lusitanian Empire, has been watching events unfold in the Montana system with interest. Their forces have been awaiting the right moment to gain a beachhead in Republic territory, and with Promise's Marines decimated, they believe the time to strike is now. 
When the leader of the ruthless Technic League calls in a favor, the mild-mannered alchemist Alaeron has no choice but to face a life he thought he'd left behind long ago. Accompanied by his only friend, a street-savvy thief named Skiver, Alaeron must head north into Numeria, a land where brilliant and evil arcanists rule over the local barbarian tribes with technology looted from a crashed spaceship. Can Alaeron and Skiver survive long enough to unlock the secrets of the stars? Or will the backstabbing scientists of the Technic League make Alaeron's curiosity his undoing?

From Hugo Award-winner Tim Pratt comes a fantastical adventure of science, savagery, and the vagaries of the human heart, set in the world of the Pathfinder Roleplaying Game and tied into the Iron Gods Adventure Path. The Crusader Road (A Pathfinder Tales novel) by Michael A. Stackpole (Paizo Mass Market Paperback 07/15/2014) – Stackpole is a living legend in the realm of tie-in fiction having written for nearly every franchise and property which extends into novels. He’s been at it for so long because he’s very good at it and this is first Pathfinder novel.


When the aristocratic Vishov family is banished from Ustalav due to underhanded politics, Lady Tyressa Vishov is faced with a choice: fade slowly into obscurity, or strike out for the nearby River Kingdoms and establish a new holding on the untamed frontier. Together with her children and loyal retainers, she’ll forge a new life in the infamous Echo Wood, and neither bloodthirsty monsters nor local despots will stop her from reclaiming her family honor. Yet the shadow of Ustalavic politics is long, and even in a remote and lawless territory, there may be those determined to see the Vishov family fail...

The Fifth Wave by Rick Yancey (Putnam Juvenile Hardcover 05/07/2013) – This is the second copy fo the book I received, but oh boy is this one a little different since it was part of the most impressive PR package I’ve ever received for any book in my years of receiving review copies. 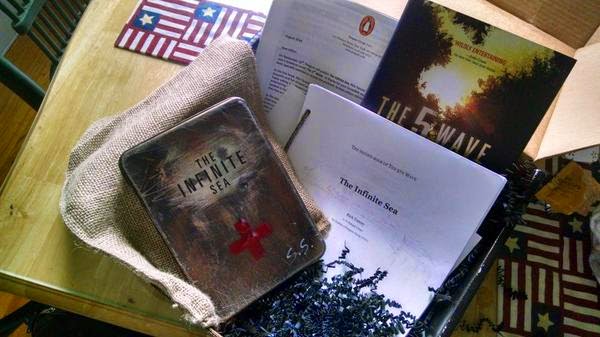 Now, it's the dawn of the 5th wave, and on a lonely stretch of highway, Cassie runs from Them. The beings who only look human, who roam the countryside killing anyone they see. Who have scattered Earth's last survivors. To stay alone is to stay alive, Cassie believes, until she meets Evan Walker. Beguiling and mysterious, Evan Walker may be Cassie's only hope for rescuing her brother—or even saving herself. But Cassie must choose: between trust and despair, between defiance and surrender, between life and death. To give up or to get up..