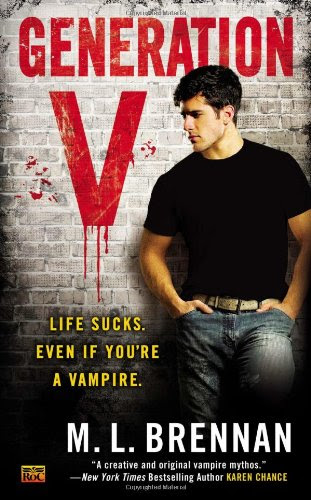 Generation V by M.L. Brennan (Roc Mass Market Paperback 05/07/2013) – Brennan’s debut and launch book for the series of the same name. Brennan has gained some very solid reviews for this vampire/urban fantasy since it published late last year so I’ve been intrigued by the book and was happy to get a copy when Nita, Ace/Roc/Daw publicist extraordinaire asked if I’d like to receive a copy. A review with ML will likely go up to SFFWorld in the next couple/few weeks.

Fortitude Scott’s life is a mess. A degree in film theory has left him with zero marketable skills, his job revolves around pouring coffee, his roommate hasn’t paid rent in four months, and he’s also a vampire. Well, sort of. He’s still mostly human.

But when a new vampire comes into his family’s territory and young girls start going missing, Fort can’t ignore his heritage anymore. His mother and his older, stronger siblings think he’s crazy for wanting to get involved. So it’s up to Fort to take action, with the assistance of Suzume Hollis, a dangerous and sexy shape-shifter. Fort is determined to find a way to outsmart the deadly vamp, even if he isn’t quite sure how.

But without having matured into full vampirehood and with Suzume ready to split if things get too risky, Fort’s rescue mission might just kill him. 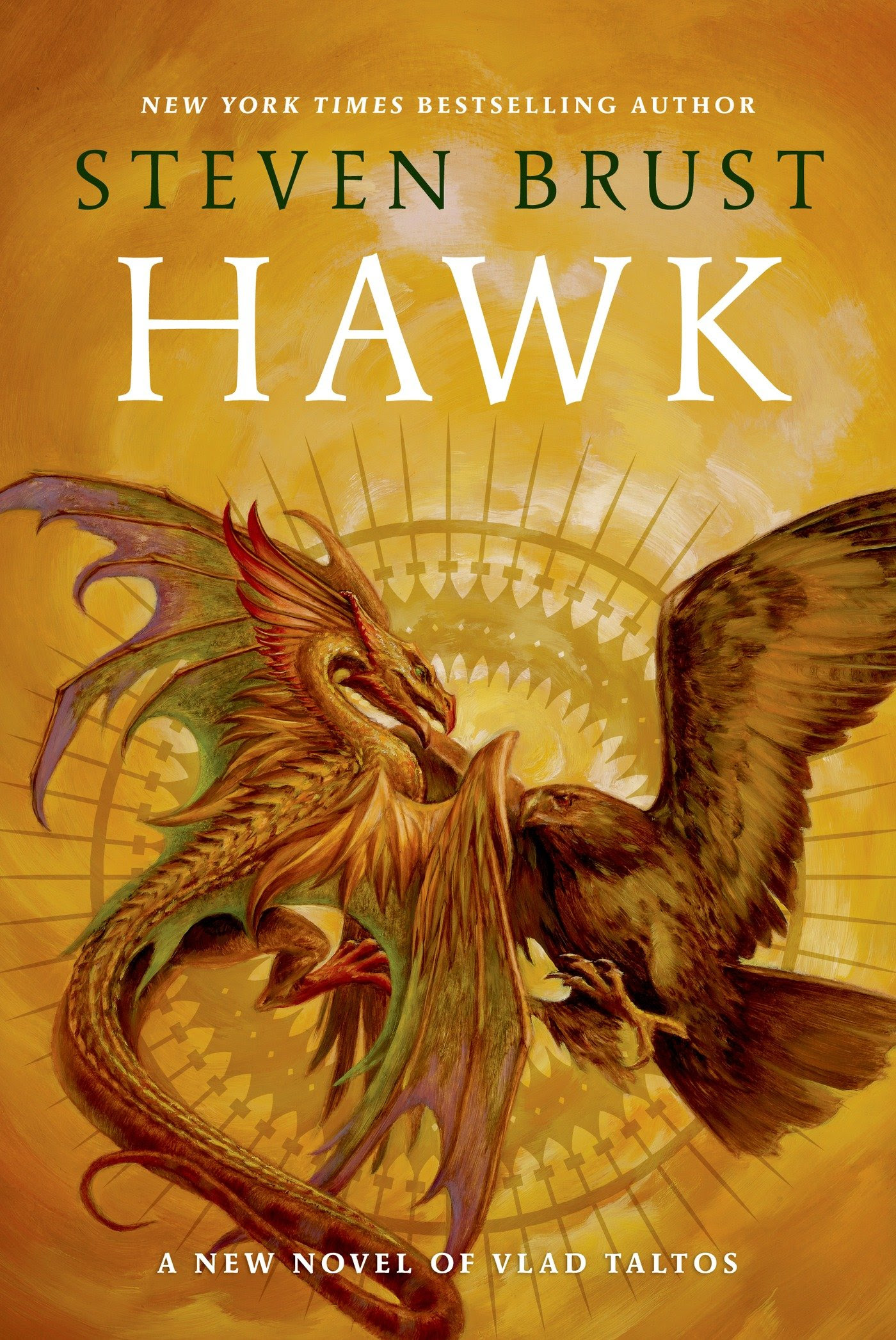 Hawk (Vlad Taltos #14) by Steven Brust (Tor, Hardcover 10/07/2014) – I really enjoy Brust’s Taltos novels, as I’ve mentioned recently and I hope to catch up with them, or at least get closer to being caught up, in the more-near-than-far future.

Years ago, Vlad Taltos came to make his way as a human amidst the impossibly tall, fantastically long-lived natives of the Dragaeran Empire. He joined the Jhereg, the Dragaeran House (of which there are seventeen) that handles the Empire’s vices: gambling, rackets, organized crime. He became a professional assassin. He was good at it.

But that was then, before Vlad and the Jhereg became mortal enemies.

For years, Vlad has run from one end of the Empire to the other, avoiding the Jhereg assassins who pursue him. Now, finally, he’s back in the imperial capital where his family and friends are. He means to stay there this time. Whatever happens. And whatever it takes. A New Breed of Hero

Adventure like never before with the Pathfinder Roleplaying Game Advanced Class Guide! Explore new heights of heroism with 10 new base classes, each with 20 levels of amazing abilities. Incredible powers also await existing characters, with more than a hundred new archetypes and class options. Prepare characters for their most legendary adventure ever with massive selections of never-before-seen spells, magic items, and more!

The Pathfinder Roleplaying Game Advanced Class Guide is a must-have companion volume to the Pathfinder Roleplaying Game Core Rulebook. This imaginative tabletop game builds upon more than 15 years of system development and an open playtest featuring more than 50,000 gamers to create a cutting-edge RPG experience that brings the all-time best-selling set of fantasy rules into the new millennium.


AND MUCH, MUCH MORE! 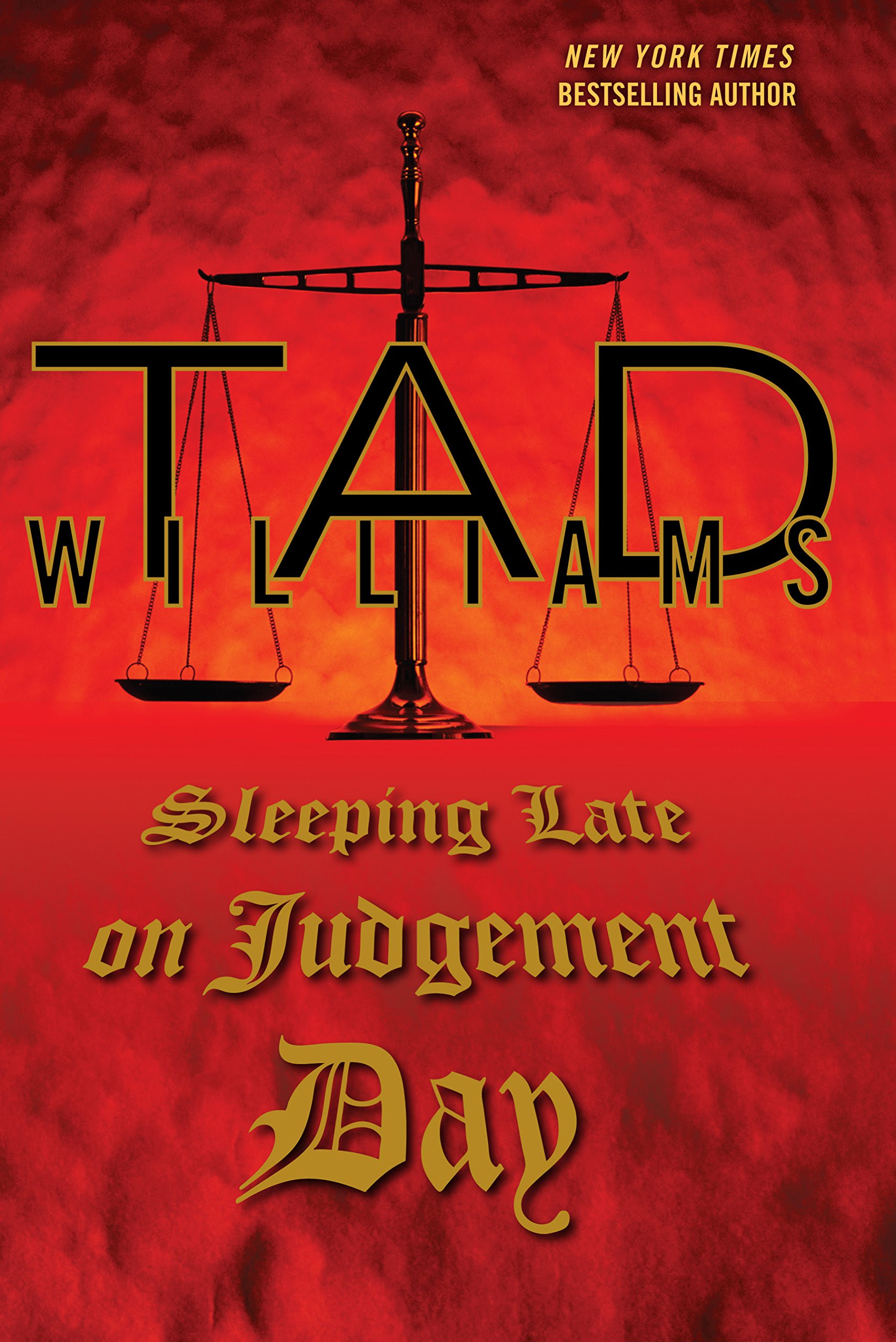 Sleeping Late on Judgment Day (Bobby Dollar #3) by Tad Williams (DAW Hardcover 09/02/2014) – I am a big Tad Williams fan (as anybody who has read my blog knows) and I really like this series. This is the last Bobby Dollar novel for now, I hope Tad returns to this angel.


Where does an angel go when he's been to Hell and back?

Renegade angel Bobby Dollar does not have an easy afterlife. After surviving the myriad gruesome dangers Hell oh-so-kindly offered him, Bobby has returned empty-handed – his demon girlfriend Casmira, the Countess of Cold Hands, is still in the clutches of Eligor, Grand Duke of Hell. Some hell of a rescue.

Forced to admit his failure, Bobby ends up back at his job as an angel advocate. That is, until Walter, an old angel friend whom Bobby never thought he’d see again, shows up at the local bar. The last time he saw Walter was in Hell, when Walter had tried to warn him about one of Bobby’s angel superiors. But now Walter can’t remember anything, and Bobby doesn’t know whom to trust.

Turns out that there's corruption hidden within the higher ranks of Heaven and Hell, but the only proof Bobby has is a single feather. Before he knows it, he’s in the High Hall of Heavenly Judgement – no longer a bastion for the moral high ground, if it ever was, but instead just another rigged system – on trial for his immortal soul...