Two books this week, both of which arrived on Friday and ARCs of books which don't publish until January 2015. 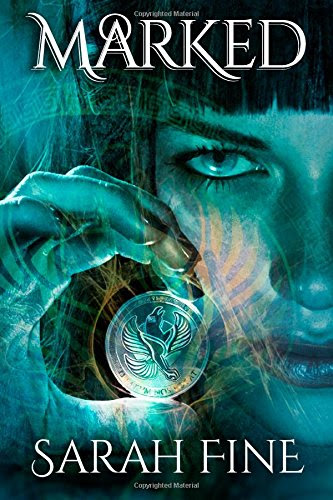 Marked (Servants of Fate #1) by Sarah Fine (47North Paperback 01/01/2015) – This seems to be Fine’s first novel for adults after publishing quite a few young adult novels.


In a broken landscape carved by environmental collapse, Boston paramedic Cacia Ferry risks life and limb on the front lines of a fragile and dangerous city. What most don’t know—including her sexy new partner, Eli Margolis—is that while Cacy works to save lives, she has another job ferrying the dead to the Afterlife. Once humans are “Marked” by Fate, the powerful Ferrys are called to escort the vulnerable souls to either eternal bliss or unending fire and pain.

Unaware of Cacy’s other life, Eli finds himself as mesmerized by his fierce and beautiful partner as he is mistrustful of the influential Ferry clan led by the Charon—who happens to be Cacy’s father. Cacy, in turn, can no longer deny her intense attraction to the mysterious ex-Ranger with a haunted past. But just as their relationship heats up, an apparent hit takes the Charon before his time. Shaken to the core, Cacy pursues the rogue element who has seized the reins of fate, only to discover that Eli has a devastating secret of his own. Not knowing whom to trust, what will Cacy have to sacrifice to protect Eli—and to make sure humanity’s future is secure? 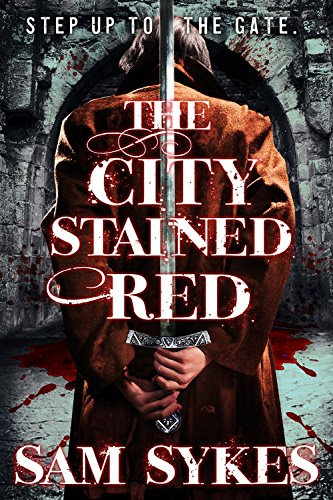 The City Stained Red  by Sam Sykes (Orbit Books Trade Paperback 01/27/2015) – This is Sam’s first book with Orbit after finishing off his Aeon’s Gate Trilogy recently with Pyr. Seems to be quite a bit of anticipation for this one.

A long-exiled living god arises.
A city begins to break apart at the seams.

Lenk and his battle-scarred companions have come to Cier'Djaal in search of Miron Evanhands, a wealthy priest who contracted them to eradicate demons --- and then vanished before paying for the job.

But hunting Miron down might be tougher than even these weary adventurers can handle as two unstoppable religious armies move towards all-out war, tensions rise within the capital's cultural melting pot, and demons begin to pour from the shadows...

And Khoth Kapira, the long-banished living god, has seen his chance to return and regain dominion over the world.

Now all that prevents the city from tearing itself apart in carnage are Lenk, Kataria, a savage human-hating warrior, Denaos, a dangerous rogue, Asper, a healer priestess, Dreadaeleon, a young wizard, and Gariath, one of the last of the dragonmen.