A slight change of flavor here at the ‘o Stuff as we near Christmas. I’ve blogged a bit about beer in the past, but I felt like writing in more detail about one of my other passions – craft beers, since Christmas is one of my favorite times of year for beer. Although my favorite style of beer is a Hefeweizen this style is mostly considered a summer beer and I stick to 2 or 3 for my favorite poolside brews. Christmas/Winter Beers on the other hand; well, that is a very diverse array of bottles on the shelf. 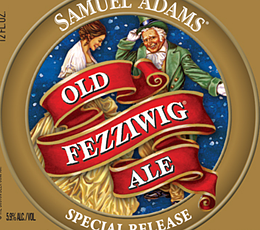 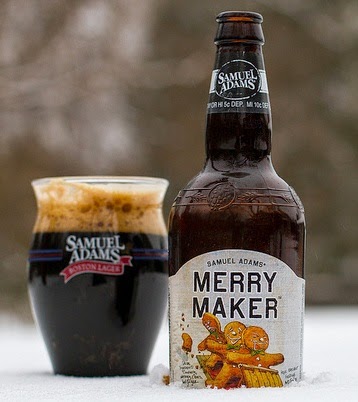 One of the earliest, and year to year, still the best Christmastime beers is Samuel Adams’ Old Fezziwig Ale. Named after the character from A Christmas Carol, this is annually one the best beers from Jim Koch’s “craft beer” empire. With traditional Christmas spices like cinnamon, ginger, and orange peel, I like to enjoy one of these when I’m decorating my Christmas Tree. They’ve smartly included this beer exclusively in their annual Holiday Cheer 12-pack, which also has always included the traditional Winter Lager. Unfortunately, the 12-pack also includes Boston Lager, which is the worst beer Sam Adams makes. (In the past, this 12-pack has included the great Holiday Porter, Cranberry Lambic and Chocolate Bock.) As a friend and I always remark about Boston Lager, it is amazing that Samuel Adams can make such great beers like Fezziwig and their Summer Ale, yet the Boston Lager is so undrinkable.  In recent years, Samuel Adams has been brewing even more specialty beers, many of which have been released in 22 oz bombs. Their Christmas offering in this line is Merry Maker, a gingerbread stout. I recall enjoying it last year so I’ll try to get some again this year.

Perhaps my go-to beer for Christmas is Harpoon’s Winter Warmer, which can be considered an amalgamation of Sam Adam’s Winter Lager and Old Fezziwig. Many of the spices (nutmeg, cinnamon) can be found in Harpoon’s beer and it is always readily available. A few years ago, when I went to the liquor store to stock up for a Winter gathering, the cashier managed to charge me only for a six-pack even though I purchased a case. 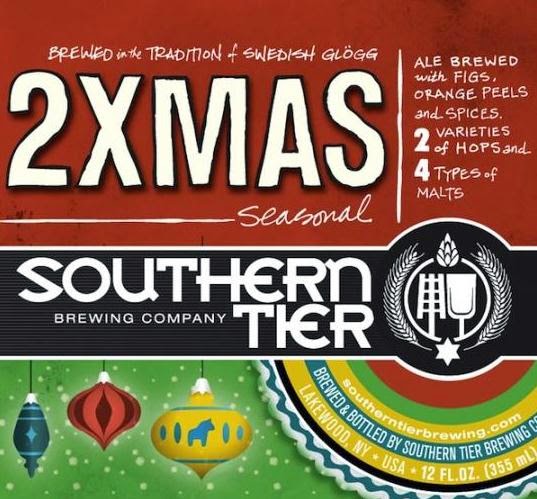 Over the past couple of years, a (fairly local micro-brewery, the next state over in NY) has been impressing me with all of their distinct beers. Now, I may not like all the styles they brew, but they are quality beers nonetheless. I speak of Southern Tier, and they’ve got (at least) two Christmas beers that should please discerning beer drinkers. First up is 2XMAS, which like some of the other Christmas beers uses orange peels to draw out flavor. The other fruit they use which is not so common is figs. I haven’t tried any 2XMAS this year, but when I’ve had it in past years I’ve enjoyed it.

Southern Tier’s other Christmas beer is their super-hopped up Krampus beer. It is considered a Helles Lager, but I found it to be far too hoppy for my tastes. Like a lot of Southern Tier’s specialty beers (Pumpking, Chocolat), this one is available only in the 22 oz bomb bottles.

Another Christmas Beer I try to get every year is Sly Fox’s Christmas Ale. At one point in time, Sly Fox was making this available only in the 22 oz bottles, but in recent years they’ve shifted to making this available in six pack cans. Again, this one contains the standard cinnamon, nutmeg, and ginger accoutrements, but is bolstered by cloves. 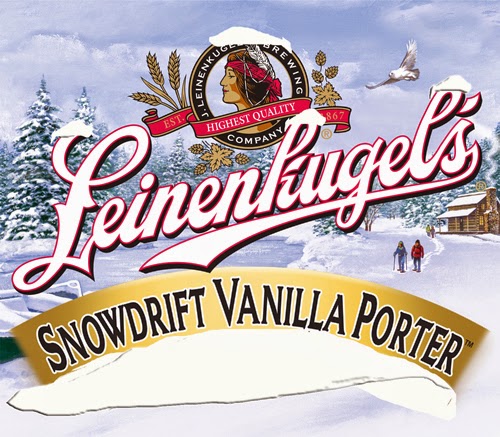 Leinenkugel makes a great many beers, their winter offering is Snowdrift Vanilla Porter. This is another smooth and silky tasty brew I try to get around this time every year. In addition to the vanilla flavoring, there’s also a hint of caramel. A very drinkable dark beer that would likely appeal to folks who don’t normally go for the darker brews.

If you like the more hopped-up beers, I’d also recommend Sierra Nevada’s Celebration Ale. Sierra’s most popular beer is their Pale Ale, one of the more widely available hopped up beers in the market (again, I’m not a big fan of IPAs, but I recognize this is a good beer for what it is). Celebration Ale is even more hopped-up. 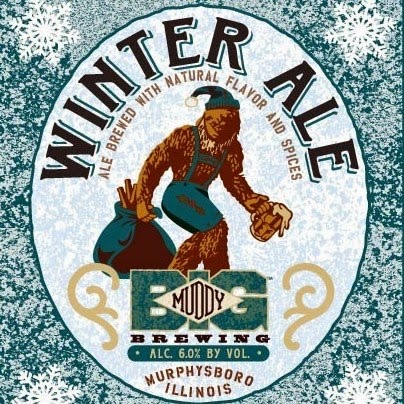 A new favorite Winter beer (as of last week) is Big Muddy Brewing’s Winter Ale. I had a taste of it at the Big Brewfest in Morristown in February, but recently a favorite local restaurant (Chimney Rock Inn where I’m friends with the manager who gets some great beers on tap at the Rock) had Muddy’s Winter Ale on tap. This is a fantastic, dark beer with those requisite cinnamon and ginger flavors, this one is smoothed out with vanilla.

There’s a brewery in Saint Louis whose beers I’ve come to enjoy through each of their seasonal brews. No, I’m not referring to the brewery with the Clydesdales and best Christmas commercial. I’m referring to Schlafly – The Saint Louis Brewery and their Christmas Ale brewed with honey, orange peel and juniper! (Each year, Schlafly’s Pumpkin is about the best one; my wife and I visited this brewpub on our trip to Saint Louis and Kansas City back in 2010.)

I couldn’t finish this write-up without mentioning Tröeg’s Mad Elf. This is one of the strongest Christmas beers on the market (again, fairly local to me in Pennsylvania); a strong Belgian ale with hints of cherry and honey throughout. This one has an ABV of 11% so drinking one of these is like drinking two normal beers. The high alcohol volume, along with the potent taste, makes this beer a one-per-day beer.

This one is available in six packs, as well as in a giant 101 oz bottle. My uncle brought one of these behemoths to Christmas Eve a couple of years ago and we all managed to finish it. 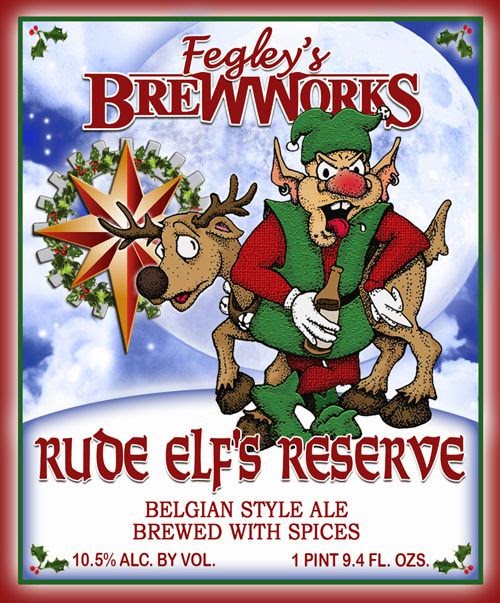 Along those lines, both in name, flavor profile, and potency is Fegley’s Rude Elf Reserve beer. I’ve had a few beers from Fegley’s (also in Pennsylvania) and each beer is characterized by a strong assertive flavor. This one is 10.5% ABV and could best be described as an amalgam of Mad Elf and Harpoon’s Winter Warmer. The spicing in this one is a bit too potent for me.


At one point, this one came in the bomb bottles, but has since been available in six packs. Like the Mad Elf, expect a slightly higher price since the alcohol is double the volume of a normal beer.  It was also originally called Rudolph's Reserve, but a certain copyright holder of the Red-nosed reindeer had a bit of an issue with the name. Since then, the beer has gone by the Rude Elf moniker. 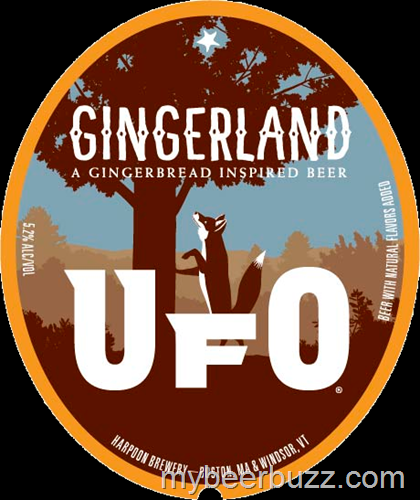 I mentioned Harpoon earlier for their great Winter Warmer ale, but over the past couple of years, they’ve been expanding their UFO (unfiltered offering) with the latest flavor being UFO Gingerland which as the name implies, is a beer made gingerbread spices.

Great Lakes Brewing Company is a brewery I discovered this year through a couple of different beers, with their Oktoberfest being a fall standout. Their Christmas Ale, with honey, ginger, and cinnamon seems like one I’d enjoy.

Lastly, I’m RobHB on the great UNTAPPD app if you want to follow me there.