The last full week before Christmas brings these two books, both of which publish in 2015 and look very interesting. 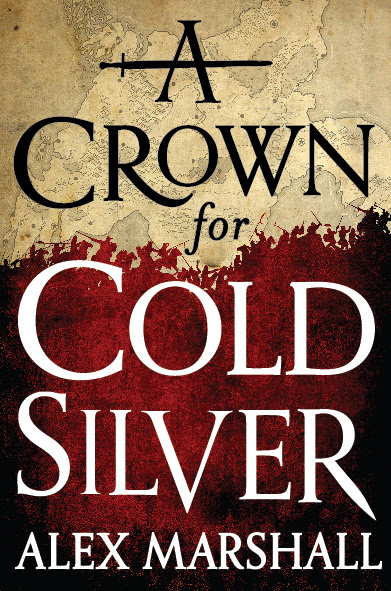 A Crown for Cold Silver by Alex Marshall (Orbit , Hardcover 04/15/2015) – Marshall has published other novels under another name, but I think this is Alex’s first foray into fantasy.

FIVE VILLAINS. ONE LEGENDARY GENERAL. A FINAL QUEST FOR VENGEANCE.

Twenty years ago, feared general Cobalt Zosia led her five villainous captains and mercenary army into battle, wrestling monsters and toppling an empire. When there were no more titles to win and no more worlds to conquer, she retired and gave up her legend to history.

Now the peace she carved for herself has been shattered by the unprovoked slaughter of her village. Seeking bloody vengeance, Zosia heads for battle once more, but to find justice she must confront grudge-bearing enemies, once-loyal allies, and an unknown army that marches under a familiar banner.

A CROWN FOR COLD SILVER is an outstanding epic fantasy featuring an unforgettable warrior. 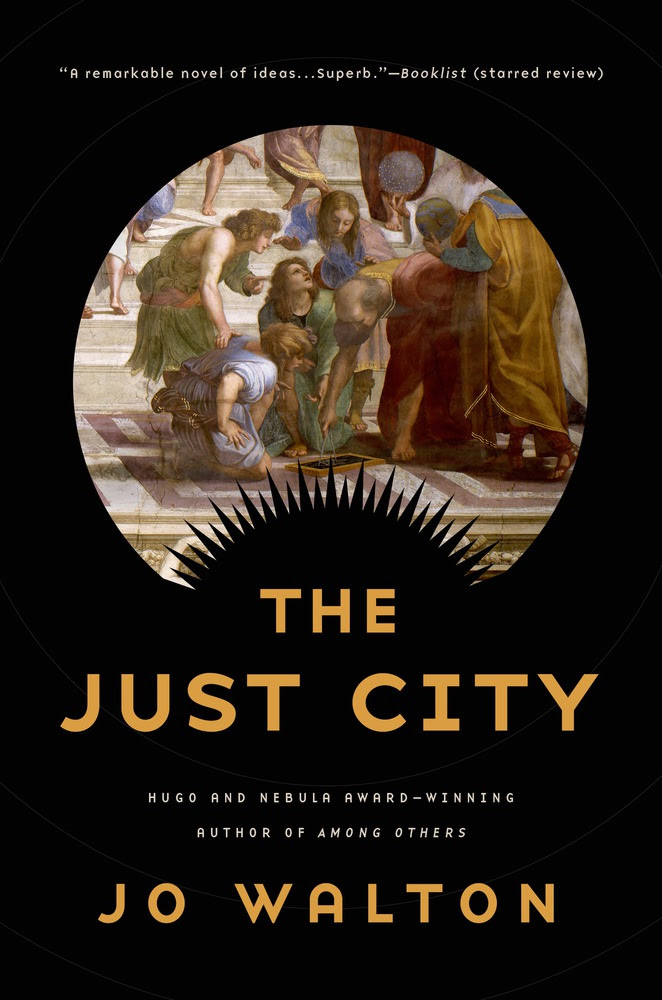 The Just City (Thessaly #1) by Jo Walton (Tor , Hardcover 01/15/2015) – Walton is one of the most acclaimed authors in Tor’s stable and this seems to be another winner. Superficially, I’m reminded of Philip Jose Farmer’s To Your Scattered Bodies Go. Looking forward to this one, I am..

“Here in the Just City you will become your best selves. You will learn and grow and strive to be excellent.”

Created as an experiment by the time-traveling goddess Pallas Athene, the Just City is a planned community, populated by over ten thousand children and a few hundred adult teachers from all eras of history, along with some handy robots from the far human future—all set down together on a Mediterranean island in the distant past.

The student Simmea, born an Egyptian farmer’s daughter sometime between 500 and 1000 A.D, is a brilliant child, eager for knowledge, ready to strive to be her best self. The teacher Maia was once Ethel, a young Victorian lady of much learning and few prospects, who prayed to Pallas Athene in an ungaurded moment during a trip to Rome—and, in an instant, found herself in the Just City with grey-eyed Athene standing unmistakably before her.

Meanwhile, Apollo—stunned by the realization that there are things mortals understand better than he does—has arranged to live a human life, and has come to the City as one of the children. He knows his true identity, and conceals it from his peers. For this lifetime, he is prone to all the troubles of being human.

Then, a few years in, Sokrates arrives—the same Sokrates recorded by Plato himself—to ask all the troublesome questions you would expect. What happens next is a tale only the brilliant Jo Walton could tell..
at 12/21/2014

That was a mistake on my part, didn't remove Ian's URL from last week's template/post.

A Crown for Cold Silver looks awesome - I'll have to keep my eye out for that one.