Four books this week, the first full week of 2015 so it would seem the publishers are all back in their offices after a week-long hibernation period.

The Three-Body Problem (The Three-Body Trilogy/Remembrance of Earth’s Past #1) by Cixin Liu translated by Ken Liu (Tor 11/11/2014) – This one intrigued me when I first learned of it, then I saw some really good response to it at the end of the year. Glad the fine folks at Tor were able to get me a copy.

Set against the backdrop of China’s Cultural Revolution, a secret military project sends signals into space to establish contact with aliens. An alien civilization on the brink of destruction captures the signal and plans to invade Earth. Meanwhile, on Earth, different camps start forming, planning to either welcome the superior beings and help them take over a world seen as corrupt, or to fight against the invasion. The result is a science fiction masterpiece of enormous scope and vision. 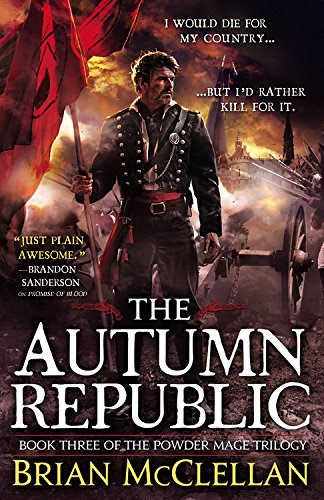 The Autumn Republic (Book Thee of The Powder Mage Trilogy) by Brian McClellan (Orbit Hardcover / eBook 02/10/2015) – This brings the Powder Mage Trilogy to a close and I thoroughly enjoyed booth the first (Promise of Blood) and second book (The Crimson Campaign) in the series, the first of which I thought was the best fantasy debut novel I read last year.

IN A RICH, DISTINCTIVE WORLD THAT MIXES MAGIC WITH TECHNOLOGY, WHO COULD STAND AGAINST MAGES THAT CONTROL GUNPOWDER AND BULLETS?

The capital has fallen...
Field Marshal Tamas returns to his beloved country to find that for the first time in history, the capital city of Adro lies in the hands of a foreign invader. His son is missing, his allies are indistinguishable from his foes, and reinforcements are several weeks away.

With the Kez still bearing down upon them and without clear leadership, the Adran army has turned against itself. Inspector Adamat is drawn into the very heart of this new mutiny with promises of finding his kidnapped son.

All hope rests with one...
And Taniel Two-shot, hunted by men he once thought his friends, must safeguard the only chance Adro has of getting through this war without being destroyed...

THE AUTUMN REPUBLIC is the epic conclusion that began with Promise of Blood and The Crimson Campaign. 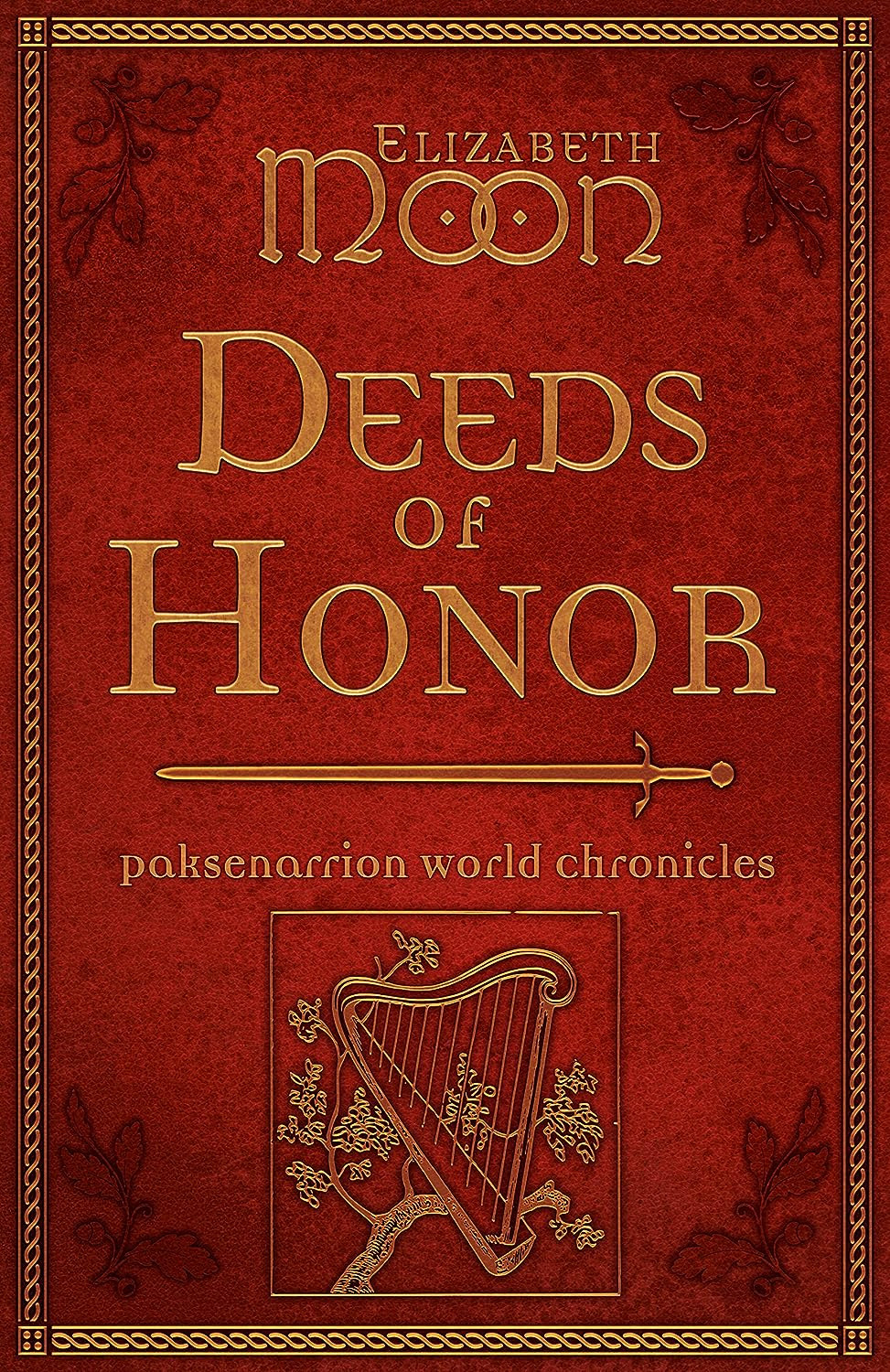 Deeds of Honor: Paksenarrion World Chronicles by Elizabeth Moon (Jabberwocky Literary Agency, Inc. 12/22/2014) – I’m a fan of Elizabeth’s writing and the Paksenarrionso when her agent contacted me and asked if I wanted to review the collection, I had to say yes.

With two exclusive, never-before-published stories featuring characters from the Paladin's Legacy series, Deeds of Honor gathers together lore and legends from Paksenarrion’s world, along with tales from the Paladin’s Legacy era, all revised and updated for this special compilation.

Rich with the vivid and immersive storytelling for which Elizabeth Moon is known, the eight short stories in Deeds of Honor—collected here for the first time, with all-new author notes—are certain to please any fan of the Paksenarrion saga. 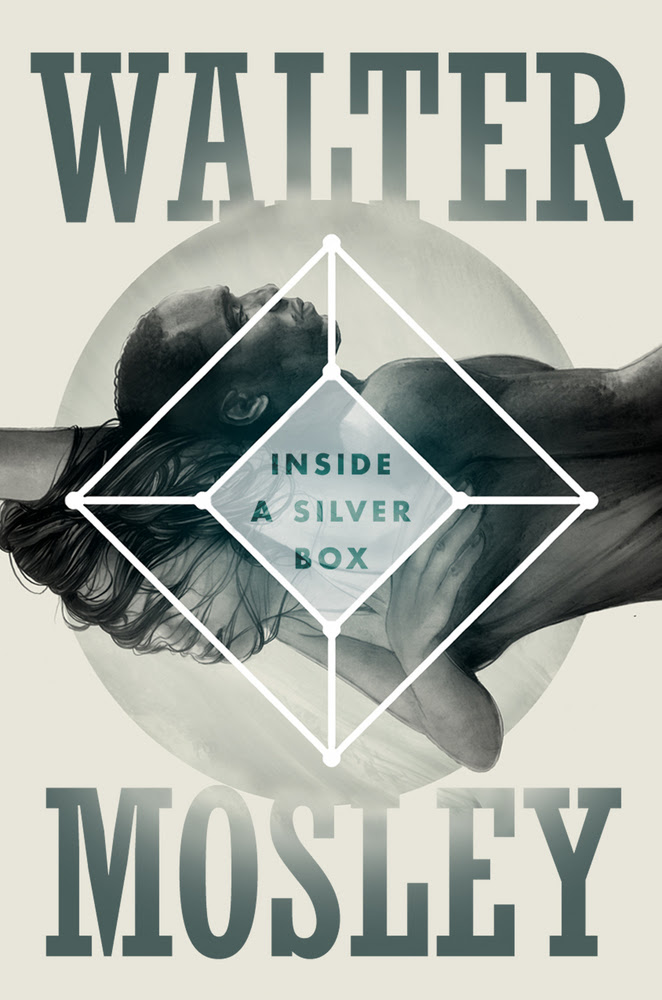 Inside A Silver Box by Walter Mosley (Tor 01/13/2015) – Mosely seems to be a writer’s writer – one of those authors who other authors often point to when asked for suggestions.

Walter Mosley’s talent knows no bounds. Inside a Silver Box continues to explore the cosmic questions entertainingly discussed in his Crosstown to Oblivion. From life’s meaning to the nature of good and evil, Mosley takes readers on a speculative journey beyond reality.

In Inside a Silver Box, two people brought together by a horrific act are united in a common cause by the powers of the Silver Box. The two join to protect humanity from destruction by an alien race, the Laz, hell-bent on regaining control over the Silver Box, the most destructive and powerful tool in the universe. The Silver Box will stop at nothing to prevent its former master from returning to being, even if it means finishing the earth itself.

Interesting haul. I'm curious about The Three-Body Problem, but I've seen such mixed reviews that I've been somewhat hesitant. As for Deeds of Honor, I quite like the Paksenarrion books I have read, so that would be a cool collection to check out.