This is the biggest batch of arrivals in quite a few weeks. I've already read two of them, but the other books look very interesting indeed. 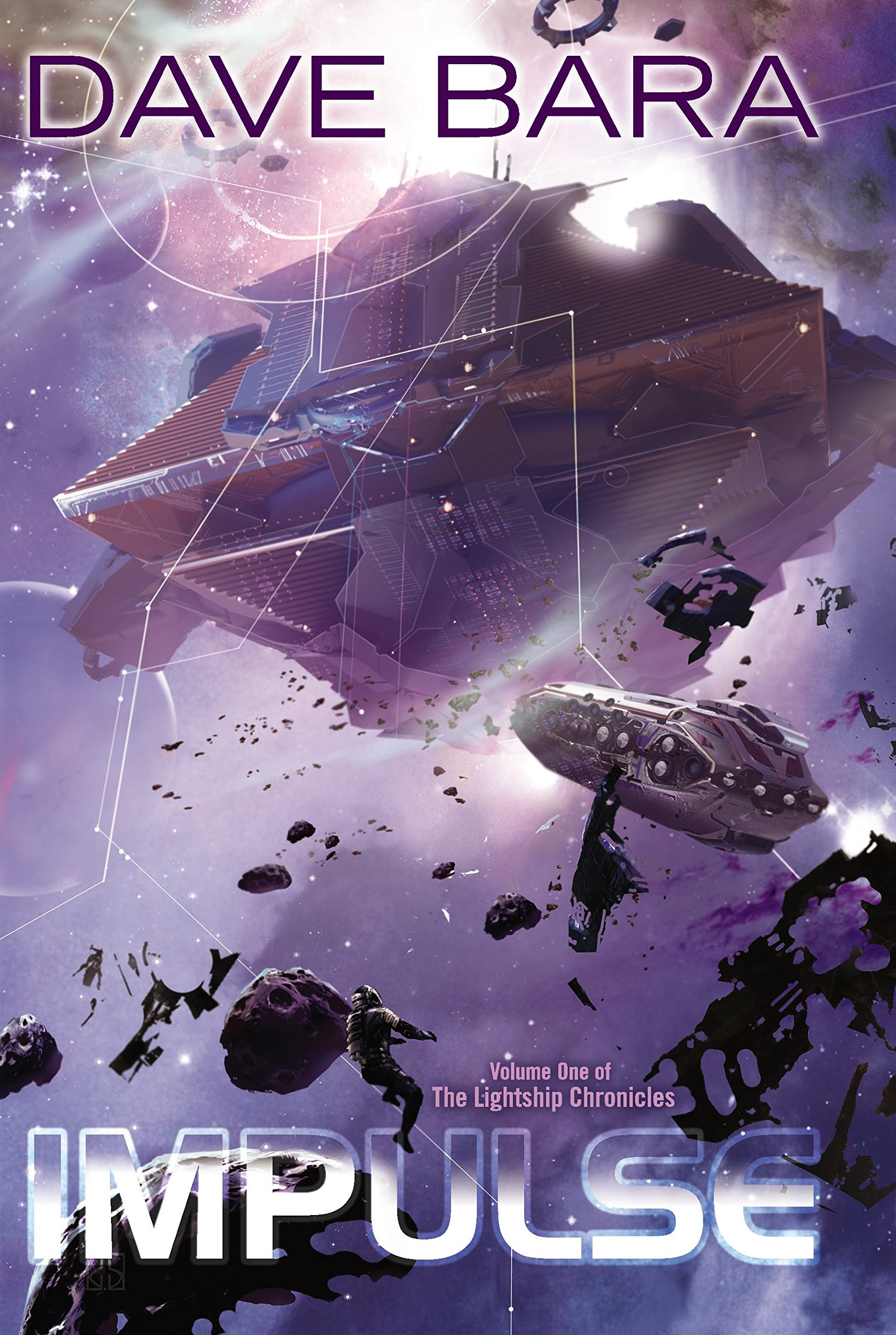 Impulse (The Lightship Chronicles #1) by Dave Bara (DAW Hardcover 03/03/2015) – A brand new Space Opera from DAW, and in hardcover release which shows the publisher has faith in his work. I think Dave’s agent may have mentioned this book to me a while back and I know his editor/publisher mentioned it when he and I chatted at the Tor.com imprint launch party. I finished this one last week and really enjoyed it, I hope it does well for Dave because I want to read more books in this series.
Lieutenant Peter Cochrane of the Quantar Royal Navy believes he has his future clearly mapped out. It begins with his new assignment as an officer on Her Majesty’s Spaceship Starbound, a Lightship bound for deep space voyages of exploration.

But everything changes when Peter is summoned to the office of his father, Grand Admiral Nathan Cochrane, and given devastating news: the death of a loved one. In a distant solar system, a mysterious and unprovoked attack upon Lightship Impulse resulted in the deaths of Peter’s former girlfriend and many of her shipmates.

Now Peter’s plans are torn asunder as he is transferred to a Unified Space Navy ship under foreign command, en route to an unexpected destination, and surrounded almost entirely by strangers. To top it off, his superiors have given him secret orders that might force him to become a mutineer.

The crisis at hand becomes a gateway to something much more when the ship’s Historian leads Peter and his shipmates into a galaxy of the unknown — of ancient technologies, age-old rivalries, new cultures, and unexpected romance. It’s an overwhelming responsibility for Peter, and one false step could plunge humanity into an apocalyptic interstellar war.

Karen Memory by Elizabeth Bear (Tor, Hardcover 02/3/2015) – Bear churns out novels and stories with remarkable quality and regularity, something not many authors can say. My review for this engaging novel goes up this week.
“You ain’t gonna like what I have to tell you, but I'm gonna tell you anyway. See, my name is Karen Memery, like memory only spelt with an e, and I'm one of the girls what works in the Hôtel Mon Cherie on Amity Street. Hôtel has a little hat over the o like that. It’s French, so Beatrice tells me.”

Hugo-Award winning author Elizabeth Bear offers something new in Karen Memory, an absolutely entrancing steampunk novel set in Seattle in the late 19th century—an era when the town was called Rapid City, when the parts we now call Seattle Underground were the whole town (and still on the surface), when airships plied the trade routes bringing would-be miners heading up to the gold fields of Alaska, and steam-powered mechanicals stalked the waterfront. Karen is a “soiled dove,” a young woman on her own who is making the best of her orphaned state by working in Madame Damnable’s high-quality bordello. Through Karen’s eyes we get to know the other girls in the house—a resourceful group—and the poor and the powerful of the town. Trouble erupts into her world one night when a badly injured girl arrives at their door, seeking sanctuary, followed by the man who holds her indenture, who has a machine that can take over anyone’s mind and control their actions. And as if that wasn’t bad enough, the next night brings a body dumped in their rubbish heap—a streetwalker who has been brutally murdered.

Bear brings alive this Jack-the-Ripper-type story of the old west with the light touch of Karen’s own memorable voice, and a mesmerizing evocation of classic steam-powered science 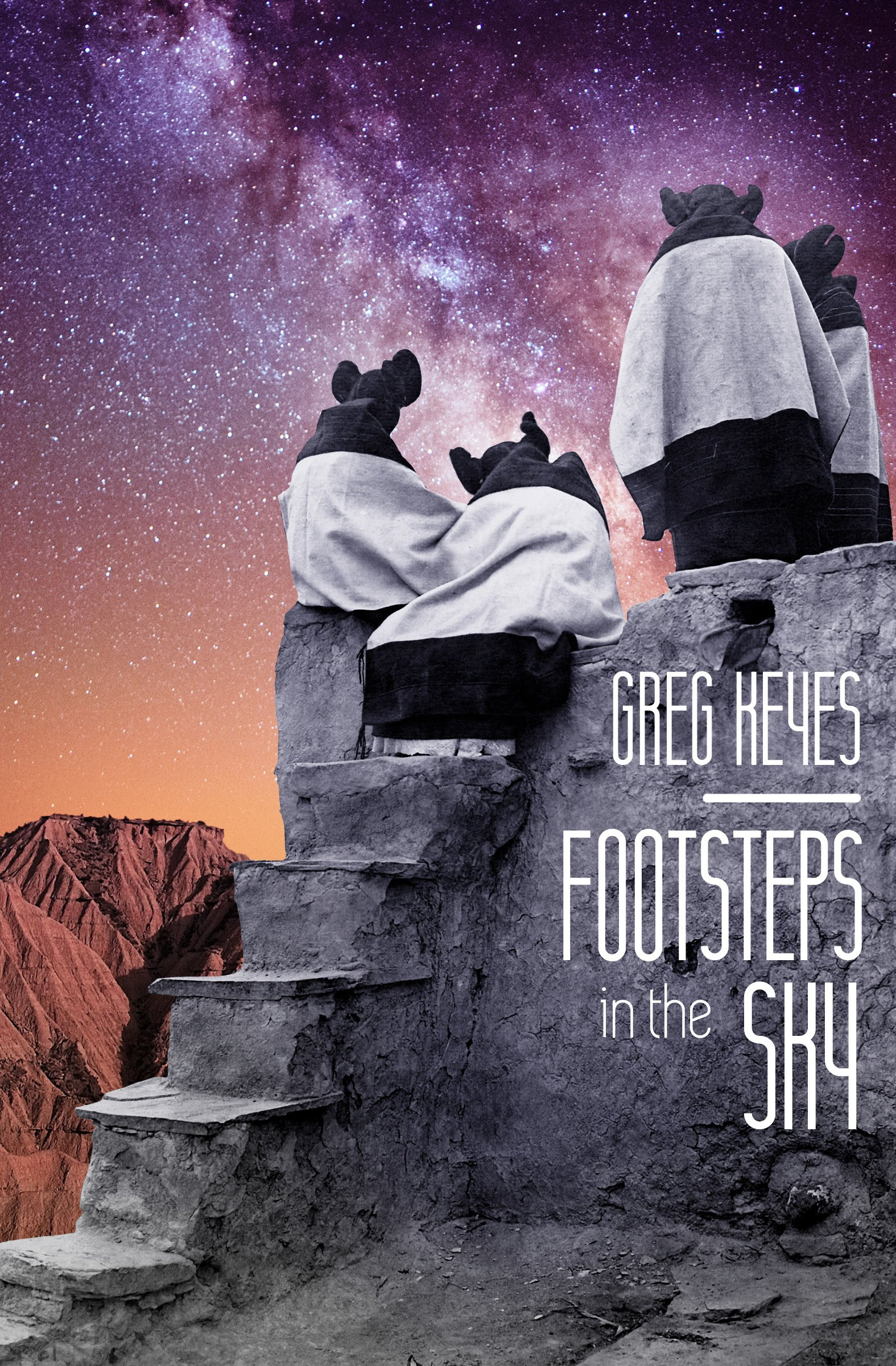 Footsteps in the Sky by Greg Keyes (Open Road Media, Trade Paperback/eBook 05/26/2015) – I’m very happy to see some new original novel-length fiction from Greg Keyes. I’ve read most of his stuff (Kingdoms of Thorn and Bone, Age of Unreason, and The Chosen of the Changeling) though lately he’s been keeping busy with tie-in work, most recently the novelization/tie-in for Interstellar
The pueblo people who landed on the Fifth World found it Earthlike, empty, and ready for colonization . . . but a century later, they are about to meet the planet’s owners

One hundred years ago, Sand’s ancestors made the long, one-way trip to the Fifth World, ready to work ceaselessly to terraform the planet. Descendants of native peoples like the Hopi and Zuni, they wanted to return to the way of life of their forebears, who honored the Kachina spirits.

Now, though, many of the planet’s inhabitants have begun to resent their grandparents’ decision to strand them in this harsh and forbidding place, and some have turned away from the customs of the Well-Behaved People. Sand has her doubts, but she longs to believe that the Kachina live on beyond the stars and have been readying a new domain for her people.

She may be right. Humans have discovered nine habitable worlds, all with life that shares a genetic code entirely alien to any on Earth. Someone has been seeding planets, bringing life to them. But no other sign of the ancient farmers has ever been discovered—until one day they return to the Fifth World. They do not like what they find. 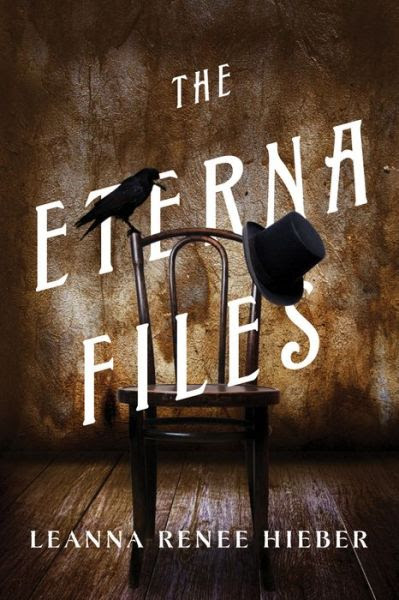 The Eternia Files by Leanna Renee Hieber (Tor, Hardcover 02/3/2015) – Victorian/Gaslight Mystery in the mid-1800s. Hieber seems to really know this era, she is after all a well known actress and Gothic Historian.
London, 1882: Queen Victoria appoints Harold Spire of the Metropolitan Police to Special Branch Division Omega. Omega is to secretly investigate paranormal and supernatural events and persons. Spire, a skeptic driven to protect the helpless and see justice done, is the perfect man to lead the department, which employs scholars and scientists, assassins and con men, and a traveling circus. Spire’s chief researcher is Rose Everhart, who believes fervently that there is more to the world than can be seen by mortal eyes.

Their first mission: find the Eterna Compound, which grants immortality. Catastrophe destroyed the hidden laboratory in New York City where Eterna was developed, but the Queen is convinced someone escaped—and has a sample of Eterna.

Also searching for Eterna is an American, Clara Templeton, who helped start the project after the assassination of Abraham Lincoln nearly destroyed her nation. Haunted by the ghost of her beloved, she is determined that the Eterna Compound—and the immortality it will convey—will be controlled by the United States, not Great Britain. 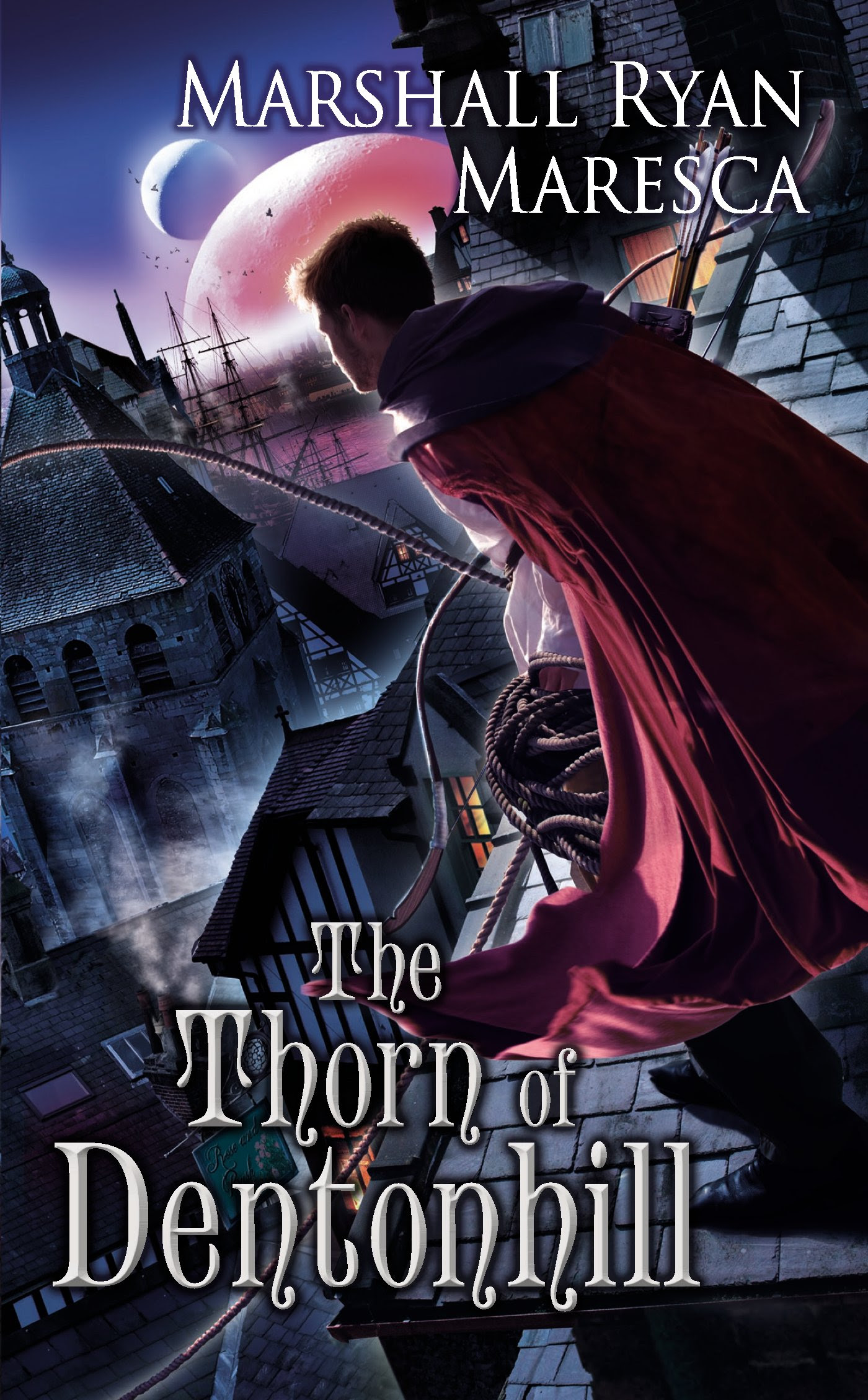 The Thorn of Dentonhill by Marshall Ryan Maresca (DAW Mass Market Paperback 02/03/2015) – This debut sounds like a fun mash-up of superhero fiction & sword and sorcery, in a similar vein to the very enjoyable Shield and Crocus by Michael R. Underwood. That cloak gives me a superhero feel and the cover evokes Scott Lynch. The second book/sequel is set to publish in the summer, giving Maresca (who was a Book Country member where he work-shopped the book) some fairly quick shelf presence.
Veranix Calbert leads a double life. By day, he’s a struggling magic student at the University of Maradaine. At night, he spoils the drug trade of Willem Fenmere, crime boss of Dentonhill and murderer of Veranix’s father. He’s determined to shut Fenmere down.

With that goal in mind, Veranix disrupts the delivery of two magical artifacts meant for Fenmere's clients, the mages of the Blue Hand Circle. Using these power-filled objects in his fight, he quickly becomes a real thorn in Fenmere's side.

So much so that soon not only Fenmere, but powerful mages, assassins, and street gangs all want a piece of “The Thorn.” And with professors and prefects on the verge of discovering his secrets, Veranix’s double life might just fall apart. Unless, of course, Fenmere puts an end to it first.
at 1/25/2015