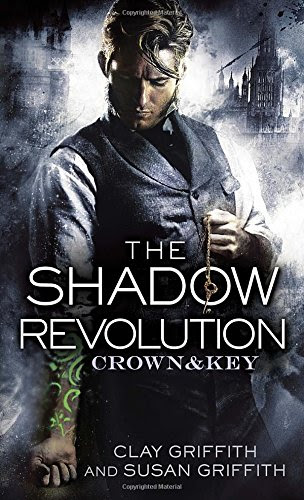 They are the realm’s last, best defense against supernatural evil. But they’re going to need a lot more silver.

As fog descends, obscuring the gas lamps of Victorian London, werewolves prowl the shadows of back alleys. But they have infiltrated the inner circles of upper-crust society as well. Only a handful of specially gifted practitioners are equipped to battle the beasts. Among them are the roguish Simon Archer, who conceals his powers as a spell-casting scribe behind the smooth veneer of a dashing playboy; his layabout mentor, Nick Barker, who prefers a good pub to thrilling heroics; and the self-possessed alchemist Kate Anstruther, who is equally at home in a ballroom as she is on a battlefield.

After a lycanthrope targets Kate’s vulnerable younger sister, the three join forces with fierce Scottish monster-hunter Malcolm MacFarlane—but quickly discover they’re dealing with a threat far greater than anything they ever imagined. 
Jiri has always been special. Found as an infant in the ashes of her village, she was taken in by a neighboring shaman and trained to be a powerful jungle druid. Yet when Aspis Consortium mercenaries release an ancient evil that burns her adopted home to the ground, Jiri must gather a group of her own to uncover the secrets of a lost nation and stop the fire spirit—and the greedy treasure hunters trying to leash it for their own ends—before it lays waste to the entire Mwangi Expanse. Forge of Ashes (A Pathfinder Tales novel) by Josh Vogt (Paizo Mass Market Paperback 04/15/2014) – Josh is an irregular over at SF Signal, this is his debut novel and in it, Josh features a rarity in fantasy: a female dwarf protagonist. This one looks like a lot of fun and is his debut novel and has the distinction of being the final Pathfinder novel to publish before the Tor partnership starts publishing the books.

A decade ago, the dwarf warrior Akina left her home in the Five Kings Mountains to fight in the Goblinblood Wars. Now, at long last, she's returning home, accompanied by Ondorum, a silent companion of living stone. But once you've traveled the world, can pastoral pastimes and small-town suitors ever be truly satisfying? Adding to Akina's growing discomfort is the fact that her father has disappeared into the endless caverns beneath the city. In an effort to save him, Akina and Ondorum must venture below the surface themselves - and into a danger greater than they could ever have imagined! From bold, new voice Josh Vogt comes a fantastic adventure of subterranean battle and the bonds of friendship, set in the award-winning world of the Pathfinder Roleplaying Game.