Here's this week's haul, I can see myself reading more than half of these books... 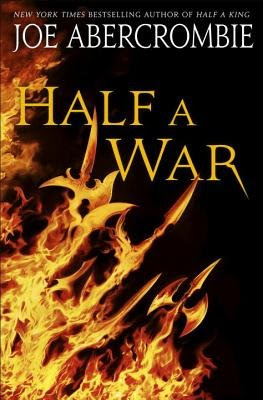 Half a War (Book Three of The Shattered Sea Trilogy) by Joe Abercrombie (Del Rey Hardcover 07/28/2014) –The concluding volume to Joe’s Young Adult trilogy, which last July. I’ve got the first one as an eBook, so I’ve go some catching up to do.

New York Times bestselling author Joe Abercrombie delivers the stunning conclusion to the epic fantasy trilogy that began with Half a King, praised by George R. R. Martin as “a fast-paced tale of betrayal and revenge that grabbed me from page 1 and refused to let go.”

Princess Skara has seen all she loved made blood and ashes. She is left with only words. But the right words can be as deadly as any blade. If she is to reclaim her birthright, she must conquer her fears and sharpen her wits to a lethal edge.

Only half a war is fought with swords.

The deeply cunning Father Yarvi has walked a long road from crippled slave to king’s minister. He has made allies of old foes and stitched together an uneasy peace. But now the ruthless Grandmother Wexen has raised the greatest army since the elves made war on God, and put Bright Yilling at its head—a man who worships only Death.

Sometimes one must fight evil with evil.

Some—like Thorn Bathu and the sword-bearer Raith—are born to fight, perhaps to die. Others—like Brand the smith and Koll the wood-carver—would rather stand in the light. But when Mother War spreads her irons wings, she may cast the whole Shattered Sea into darkness. 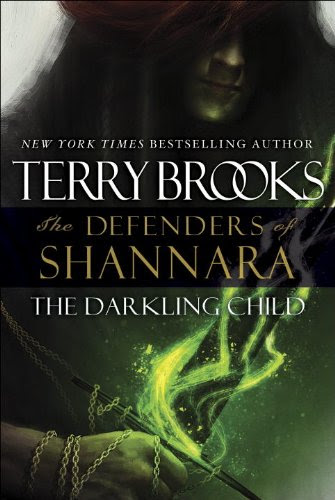 The Darkling Child (Defenders of Shannara #2) by Terry Brooks (Del Rey Hardcover 06/09/2015) – It’s been quite some time since I read and enjoyed a Terry Brooks novel, but Aidan’s review of The Wards of Faerie in this latest series, as well as this , has me seriously considering giving Mr. Brooks another try. This standalone seems a great spot to do just that.


After taking up his enchanted sword against the dark sorcerer Arcannen, Paxon Leah has become the sworn protector of the Druid order. Now a critical hour is at hand, as a beloved High Druid nears the end of her reign and prepares to pass from the mortal world to the one beyond. There is little time for Paxon to mourn his friend and benefactor before duty summons him. For in a distant corner of the Four Lands, the magic of the wishsong has been detected. Paxon must accompany a Druid emissary to find its source—and ensure the formidable power is not wielded by the wrong hands.

But danger is already afoot in the village of Portlow. Gentle traveling minstrel Reyn Frosch possesses the uncanny gift, and curse, of the wishsong. And now his coveted abilities have captured the malevolent interest of none other than Arcannen—whose quest for power is exceeded only by his thirst for vengeance. The lone survivor of a brutal assault on a notorious pirate city, the sorcerer is determined to retaliate against the Federation’s elite military guard—and use the devastating power of the wishsong as his ultimate weapon. 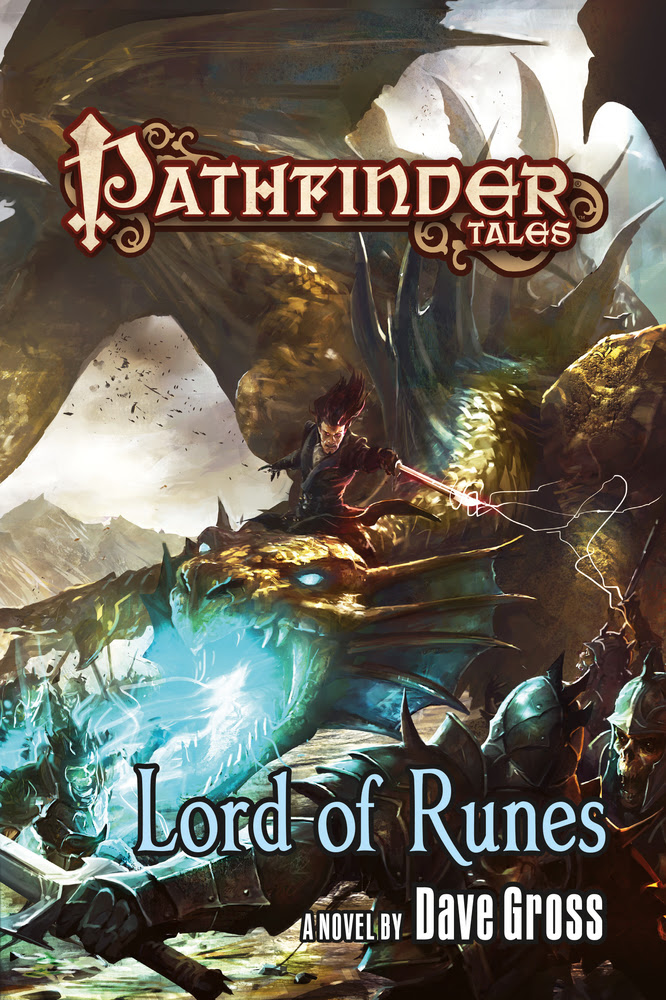 Lord of Runes (A Pathfinder Tales novel) by Dave Gross (Paizo Trade Paperback 06/16/2015) – This is the first Pathfinder novel to publish under the new agreement between Tor and Paizo/Pathfinder. Gross is (arguably) the top author of the Pathfinder milieu and this one continues the adventures of his popular characters. In the transition to Tor, the books jump from Mass Market PB to Tradepaperback.


Count Varian Jeggare and his hellspawn bodyguard Radovan are no strangers to the occult. Yet when Varian is bequeathed a dangerous magical book by an old colleague, the infamous investigators find themselves on the trail of a necromancer bent on becoming the new avatar of a strange and sinister demigod-one of the legendary runelords. Along with a team of mercenaries and adventurers, the crime-solving duo will need to delve into a secret world of dark magic and the legacy of a lost empire. But in saving the world, will Varian and Radovan lose their souls?


From bestselling author Dave Gross comes a fantastical tale of mystery, monsters, and mayhem in PATHFINDER: LORD OF RUNES, set in the award-winning world of the Pathfinder Roleplaying Game. 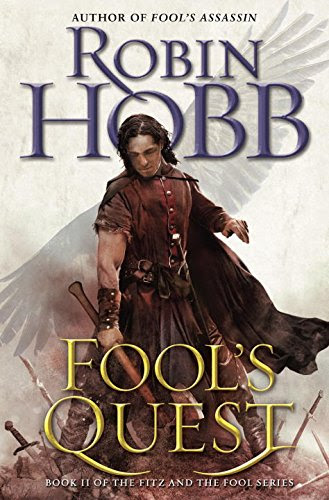 Fool’s Quest (Fitz and the Fool #2) by Robin Hobb (Del Rey Hardcover 08/11/2015) – Hobb is one of my favorite authors, the first book in this series Fool’s Assassin was a favorite read last year and completely blew me away.

The harrowing adventures of FitzChivalry Farseer and his enigmatic friend the Fool continue in Robin Hobb’s triumphant follow-up to Fool’s Assassin. But Fool’s Quest is more than just a sequel. With the artistry and imagination her fans have come to expect, Hobb builds masterfully on all that has gone before, revealing devastating secrets and shocking conspiracies that cast a dark shadow over the history of Fitz and his world—a shadow that now stretches to darken all future hope.

Long ago, Fitz and the Fool changed the world, bringing back the magic of dragons and securing both the Farseer succession and the stability of the kingdom. Or so they thought. But now the Fool is near death, maimed by mysterious pale-skinned figures whose plans for world domination hinge upon the powers the Fool may share with Fitz’s own daughter.

Distracted by the Fool’s perilous health, and swept up against his will in the intrigues of the royal court, Fitz lets down his guard . . . and in a horrible instant, his world is undone and his beloved daughter stolen away by those who would use her as they had once sought to use the Fool—as a weapon.

But FitzChivalry Farseer is not without weapons of his own. An ancient magic still lives in his veins. And though he may have let his skills as royal assassin diminish over the years, such things, once learned, are not so easily forgotten.

Now enemies and friends alike are about to learn that nothing is more dangerous than a man who has nothing left to lose. 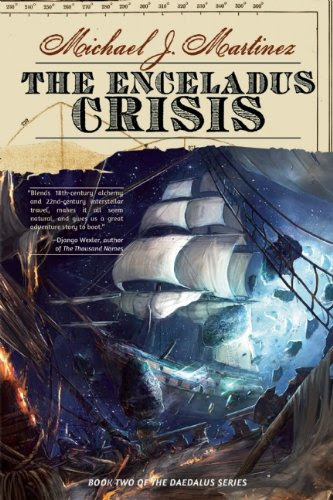 The Enceladus Crisis (Daedalus #2) by Michael J. Martinez (Night Shade Books Trade Paperback 05/06/2014) – We interviewed Mike for SFFWorld last week and the following day, I posted my review of the first book in this series, The Daedalus Incident


Two dimensions collided on the rust-red deserts of Mars—and are destined to become entangled once more in this sequel to the critically acclaimed The Daedalus Incident.


Lieutenant Commander Shaila Jain has been given the assignment of her dreams: the first manned mission to Saturn. But there’s competition and complications when she arrives aboard the survey ship Armstrong. The Chinese are vying for control of the critical moon Titan, and the moon Enceladus may harbor secrets deep under its icy crust. And back on Earth, Project DAEDALUS now seeks to defend against other dimensional incursions. But there are other players interested in opening the door between worlds . . . and they’re getting impatient.

For Thomas Weatherby, it’s been nineteen years since he was second lieutenant aboard HMS Daedalus. Now captain of the seventy-four-gun Fortitude, Weatherby helps destroy the French fleet at the Nile and must chase an escaped French ship from Egypt to Saturn, home of the enigmatic and increasingly unstable aliens who call themselves the Xan. Meanwhile, in Egypt, alchemist Andrew Finch has ingratiated himself with Napoleon’s forces . . . and finds the true, horrible reason why the French invaded Egypt in the first place. 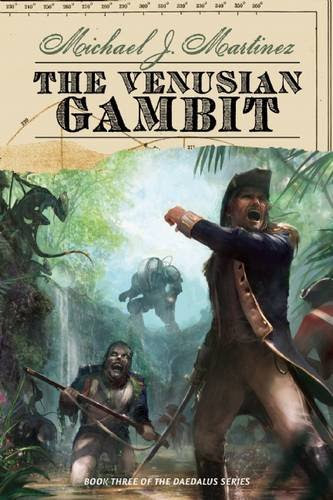 The Venusian Gambit (Daedalus #2) by Michael J. Martinez (Night Shade Books Trade Paperback 05/05/2015) – We interviewed Mike for SFFWorld last week and the following day, I posted my review of the first book in this series, The Daedalus Incident

The last chapter of the dimension-spanning Daedalus series brings the 19th and 22nd centuries together for an explosive finale in the jungles of Venus!


In the year 2135, dangerous alien life forms freed in the destruction of Saturn's moon Enceladus are making their way towards Earth. A task force spearheaded by Lt. Cmdr. Shaila Jain is scrambling to beat them there while simultaneously trying to save crewmember Stephane Durand, who was infected during the mission to Saturn and is now controlled by a form of life intent on reopening a transdimensional rift and destroying the human race. But Jain doesn’t realize that the possessed Stephane has bigger plans, beaming critical data to other conspirators suspiciously heading not for Earth, but for Venus…

In 1809—a Napoleonic era far different from our own—the French have occupied England with their Corps Eternélle, undead soldiers risen through the darkest Alchemy. Only the actions of Lord Admiral Thomas Weatherby and the Royal Navy have kept the French contained to Earth. But the machinations of old enemies point to a bold and daring gambit: an ancient weapon, presumed lost in the jungles of Venus.

Now, Weatherby must choose whether to stay and fight to retake his homeland or pursue the French to the green planet. And Shaila must decide if it’s possible to save the man she loves, or if he must be sacrificed for the good of two dimensions. In the dark, alien jungles of Venus, humanity's fate in both dimensions hangs in the balance—forcing past and present to once again join forces against an ancient terror. 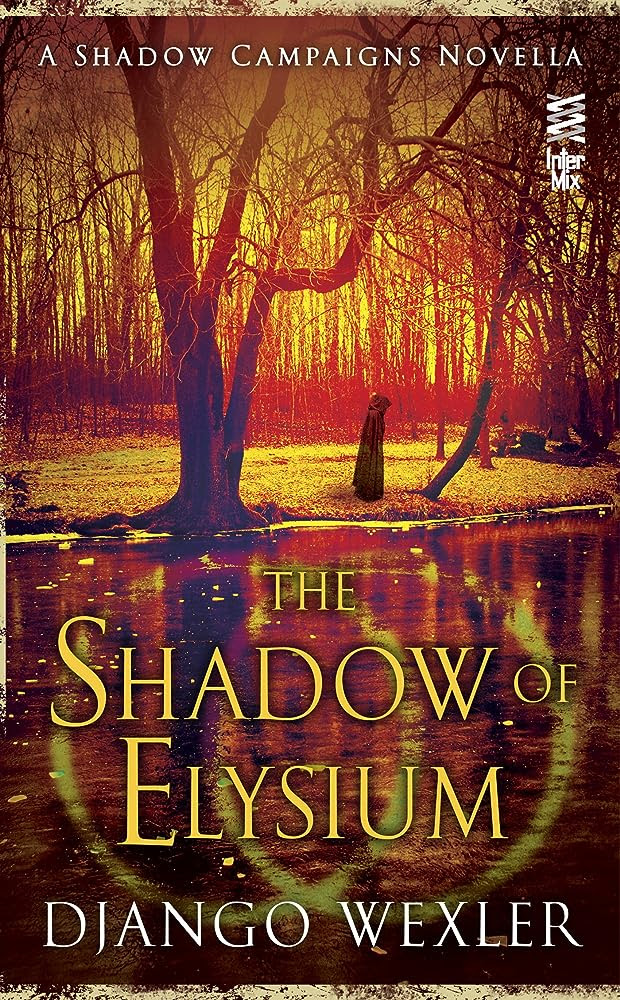 From the author of The Price of Valor, The Shadow Throne, and The Thousand Names comes a new novella set in the world of the Shadow Campaigns—"a world of dust and bayonets and muskets...and magic."*

The wagons travel north across the mountains, carrying cargo of great value: Hamveltai glass and porcelain; Deslandai jewelry in heavy iron strongboxes; fine cloth from the cities of the Old Coast. And Abraham.
Bound and tied, guarded day and night, Abraham has been stolen from his village, from the arms of the man he loved. He is being sent to the fortress-city of Elysium to serve a dark and ancient order, the Priests of the Black. They have discovered the secret he kept all his life: that inside him dwells a demon which allows him to heal…and to kill.

But Abraham is not alone. A young woman named Alex, similarly possessed, rides with him. And as a bond grows between them, they begin to wonder if they can turn the demons that have damned them into their salvation.