Lots of stuff to link to this week, reviews, interviews, Mind Melds…you name it.

Last week, my review of Ken Liu’s debut novel, The Grace of Kings: 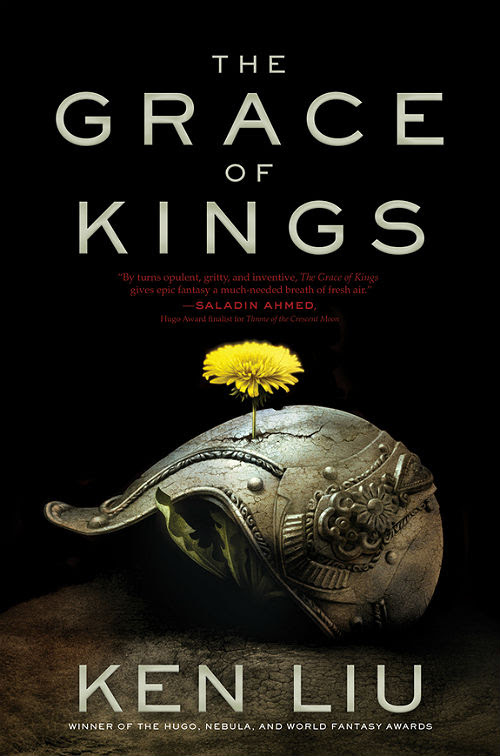 Through most of the narrative, what becomes clear is the price for toppling an Empire and rebuilding it; a human cost both in lives ended and relationships destroyed. In The Grace of Kings, Liu takes the labels often associated with Epic Fantasy – grand, sweeping, world changing, status quo changing and finds new ways to define those things. He tells an onion ofAi a story, many layers in a Chinese tradition, but there are also some Western sensibilities as well. Told in Liu’s graceful, intelligent, and literate prose, the novel is a sumptuous Epic feast and the most surprising thing to me by novel’s end is that The Grace of Kings is only the opening salvo of a trilogy.

The Grace of Kings is one of those books that is a major part of the ongoing “conversation” of genre, as Coode Street podcasters Jonathan Strahan and Gary K. Wolfe often refer. (I –highly– recommend checking out the episode of their podcast featuring Ken Liu and Saga Press editor Joe Monti as well as Ken and Joe on Rocket Talk with Justin Landon).

This week; however, was the big one for new stuff. Tuesday, my interview with Aidan Moher was posted to SF Signal, here's a snippet:

RB. You’ve expounded on some of your reasoning for self-publishing this collection, what is the quick and dirty reason?

AM. As you say, I've written at length about why (and how) I self-published Tide of Shadows and Other Stories, but the tl;dr is that the stories in the collection, even years after writing them, were still nagging at me, telling me they needed an audience of readers. My goals aren't necessarily financial—if I break even on the project, I'll be content—but after varying levels of success in the paying short fiction market, I determined that it made more sense to self-publish the collection myself, rather than continue to search for pro- or semi-pro-paying markets for each of the stories individually.

As you'll find out later, publishing this collection is also a trial run for a few other projects I have in mind.

I posted a review of Elizabeth Moon’s Deeds of Honor, a collection of stories set in the popular milieu of her Paksenarrion world: 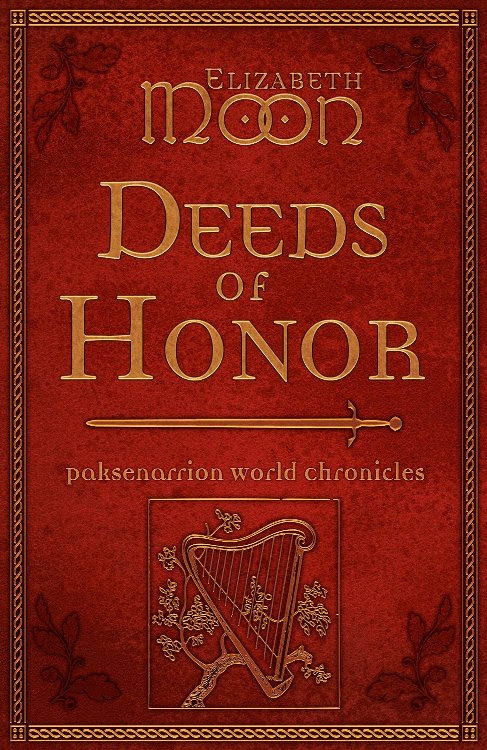 Elizabeth Moon has been a published writer for more than 25 years, her first novel which introduced Paksenarrion – Sheepfarmer’s Daughter – published in 1989 and she’s never looked back. Over those years she’s published a significant amount of short fiction, enough to fill multiple volumes including this collection Deeds of Honor: Paksenarrion World Chronicles. This collection includes stories set exclusively in that popular milieu.

“Those Who Walk in Darkness” is another heartwarming tale set in the original Deed of Paksenarrion trilogy featuring a very minor character. Selis, a tortured boy forced to watch Paks’s abuse at the hands of the men of Liart (as depicted in Oath of Gold the final novel of The Deed of Paksenarrion) escapes and finds himself with the men of Gird. Fear is a strong theme of the story, but by the end, our protagonist sees the light and is off to a better life. Another strong tale in the collection.

Lastly, my Mind Meld for May was posted to SF Signal this week. In it, I ask Violette Malan, Paul Weimer, Erin Lindsey, @Hobbit_SFFWorld, Andrea Johnson, and Laura Anne Gilman the following question:


Q: What is your Favorite Portal/Crossover Fantasy?
One of the more long-lived subsets of Fantasy is Portal Fantasy, which involves a character from the “Real World” transported to a fantasy-esque land.
at 5/08/2015