The Complete Morgaine  by C. J. Cherryh (DAW Trade Paperback 09/01/2015) – A big honking omnibus of some of Cherryh’s earliest work, which seems to be a perfect blending of Science Fiction and Fantasy – Science Fantasy. This includes Gate of Ivrel, Well of Shiuan, Fires of Azeroth, and Exile's Gate.


Together for the first time in one volume—all four novels in the dark science fiction epic, the Morgaine Cycle.

The gates were relics of a lost era, a linked network of portals that the ruthless Qual empire used to span Time and Space. The Science Buereau has come to believe that sometime, somewhere in the unreachable past, someone has done the unthinkable and warped the very fabric of the universe using these gates. Now, it is up to Morgaine, a mysterious woman aided by a single warrior honor-bound to serve her, to travel from world to world sealing the ancient gates whose very existence threatens the integrity of all worlds... 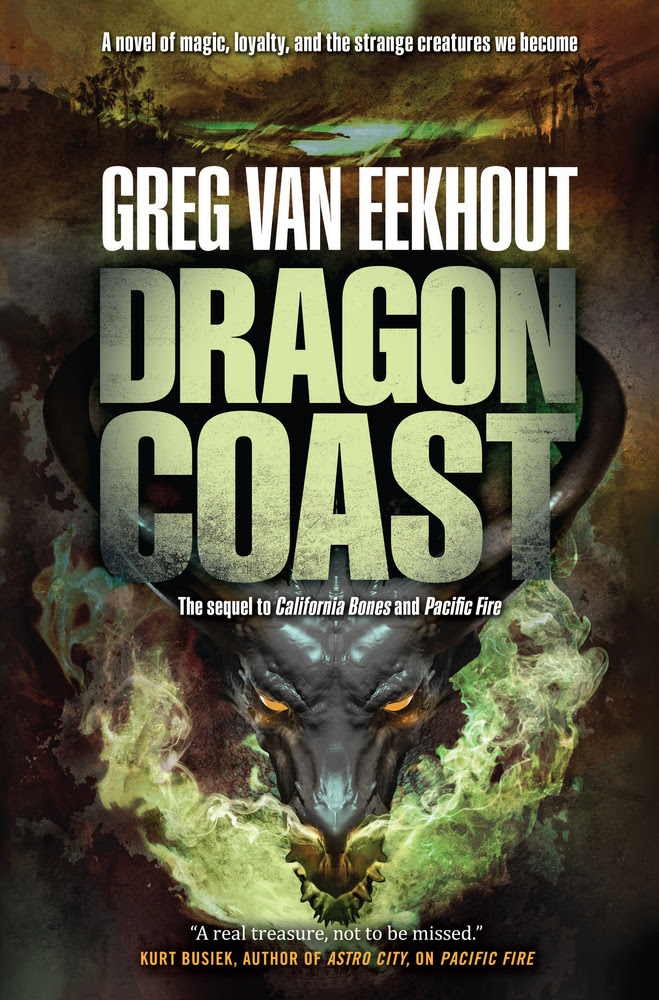 Dragon Coast: the sequel to Greg Van Eekhout'sCalifornia Bones and Pacific Fire, in which Daniel Blackland must pull off the most improbable theft of all.

Daniel's adopted son Sam, made from the magical essence of the tyrannical Hierarch of Southern California whom Daniel overthrew and killed, is lost-consumed by the great Pacific firedrake secretly assembled by Daniel's half-brother, Paul.

But Sam is still alive and aware, in magical form, trapped inside the dragon as it rampages around Los Angeles, periodically torching a neighborhood or two.

Daniel has a plan to rescue Sam. It will involve the rarest of substances, axis mundi , pieces of the bones of the great dragon at the center of the Earth. Daniel will have to go to the kingdom of Northern California, boldly posing as his half-brother, come to claim his place in the competition to be appointed Lord High Osteomancer of the Northern Kingdom. Only when the Northern Hierarch, in her throne room at Golden Gate Park, raises her scepter to confirm Daniel in his position will he have an opportunity to steal the axis mundi-under the gaze of the Hierarch herself.

And that's just the first obstacle.

Does Sam even have a reason for existing, if it isn’t to prevent this firedrake from happening? He’s good at escaping from things. Now he’s escaped from Daniel and the Emmas, and he’s on his way to LA.

This may be the worst idea he’s ever had. 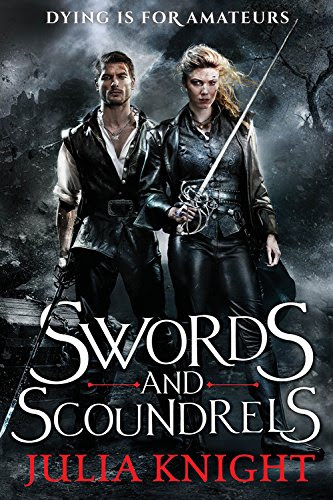 Two siblings.
Outcasts for life.... together.
What could possibly go wrong?

Vocho and Kacha are champion duelists: a brother and sister known for the finest swordplay in the city of Reyes. Or at least they used to be-until they were thrown out of the Duelist's Guild.

As a last resort, they turn reluctant highwaymen. But when they pick the wrong carriage to rob, their simple plans to win back fame and fortune go south fast.

After barely besting three armed men and a powerful magician, Vocho and Kacha make off with an immense locked chest. But the contents will bring them much more than they've bargained for when they find themselves embroiled in a dangerous plot to return an angry king to power....

Swords and Scoundrels is the first book in The Duelist's Trilogy -- a tale of death, magic, and family loyalty. Bloodbound (A Pathfinder Tales novel) by F. Wesley Schneider (TorTrade Paperback 11/03/2015) – Schneider co-created the Pathfinder RPG and if the work of his fellow co-creator James L. Sutter is any indication, this one should be fun.


Larsa is a dhampir-half vampire, half human. In the gritty streets and haunted moors of gothic Ustalav, she's an agent for the royal spymaster, keeping peace between the capital's secret vampire population and its huddled human masses. Yet when a noblewoman's entire house is massacred by vampiric invaders, Larsa is drawn into a deadly game of cat-and-mouse that will reveal far more about her own heritage than she ever wanted to know.