Gee, I wonder which book stands out this week? 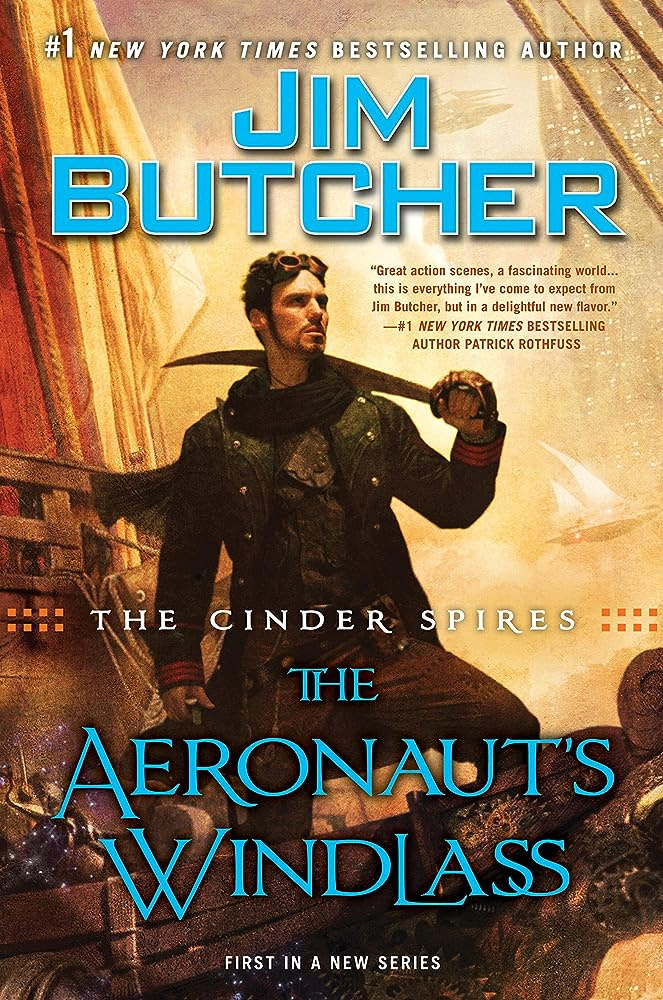 The Aeronaut’s Windlass (The Cinder Spires #1) by Jim Butcher - (Roc Hardback 09/29/2015) – What needs to be said? This is a brand new Steampunk series from genre superstar and one of my favorite authors Jim Butcher.

Jim Butcher, the #1 New York Times bestselling author of The Dresden Files and the Codex Alera novels, conjures up a new series set in a fantastic world of noble families, steam-powered technology, and magic-wielding warriors…

Since time immemorial, the Spires have sheltered humanity, towering for miles over the mist-shrouded surface of the world. Within their halls, aristocratic houses have ruled for generations, developing scientific marvels, fostering trade alliances, and building fleets of airships to keep the peace.

Captain Grimm commands the merchant ship, Predator. Fiercely loyal to Spire Albion, he has taken their side in the cold war with Spire Aurora, disrupting the enemy’s shipping lines by attacking their cargo vessels. But when the Predator is severely damaged in combat, leaving captain and crew grounded, Grimm is offered a proposition from the Spirearch of Albion—to join a team of agents on a vital mission in exchange for fully restoring Predator to its fighting glory.

And even as Grimm undertakes this dangerous task, he will learn that the conflict between the Spires is merely a premonition of things to come. Humanity’s ancient enemy, silent for more than ten thousand years, has begun to stir once more. And death will follow in its wake… 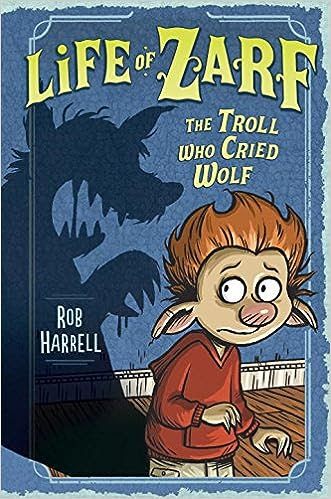 Life of Zarf: The Troll Who Cried Wolf by Rob Harrell (Hardcover Dial for Young Readers 09/29/2015) – Second book in this series about Zarf and it looks like a fun series at that.

Even after rescuing the king from deadly Snuffweasels, Zarf is scum on the bottom rung of the middle school social ladder. After all, he is still a troll. But at least he still has his two best friends, Kevin and Chester . . . until Kevin disappears, that is. Now Zarf is at an all-time low. It seems a band of wolves are seeking revenge for the constant disgrace they’ve suffered over the years, and Little Red Ridinghood’s kid might be next on their list. Now it’s up to Zarf to crank out a solution from that troll brain of his, and save his best friend before it’s too late.

Award-winning comic creator Rob Harrell has middle-grade humor mastered. This second book in his Life of Zarf series is packed with even more witty one-liners and clever twists on classic folk and fairytales. 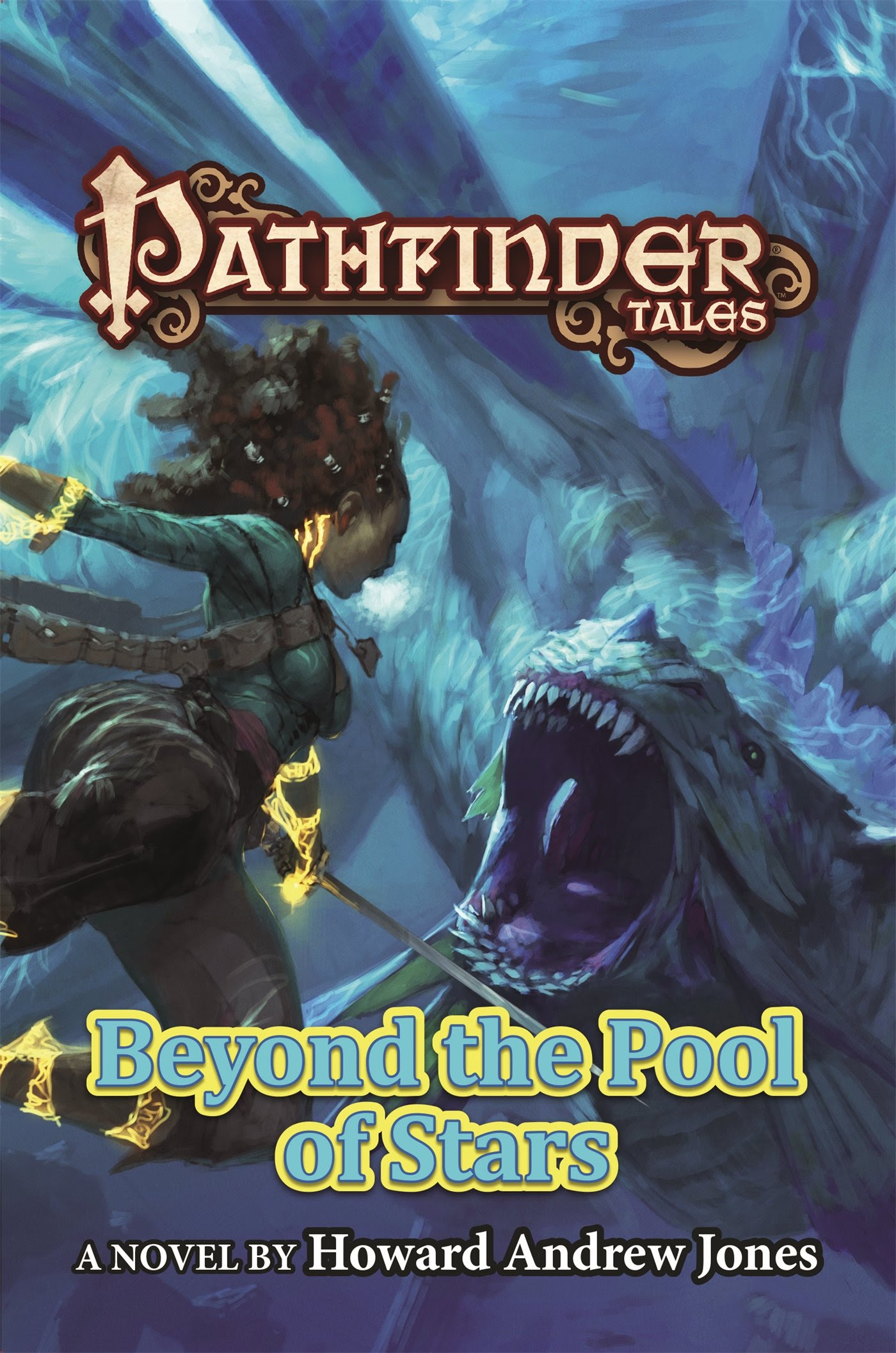 Beyond the Pool of Stars (A Pathfinder Tales novel) by Howard Andrew Jones (Paizo Trade Paperback 10/06/2015) – This is Jones’s third Pathfinder novel and I loved his second installment of The Chronicles of Sword and Sand so I hope I can get to this one. This is the final copy of the ARC I received in July.


Mirian Raas comes from a long line of salvagers, adventurers who use magic to dive for sunken ships off the coast of tropical Sargava. When her father dies, Mirian has to take over his last job: a dangerous expedition into deep jungle pools, helping a tribe of lizardfolk reclaim the lost treasures of their people. Yet this isn’t any ordinary job, as the same colonial government that looks down on Mirian for her half-native heritage has an interest in the treasure, and the survival of the entire nation may depend on the outcome… 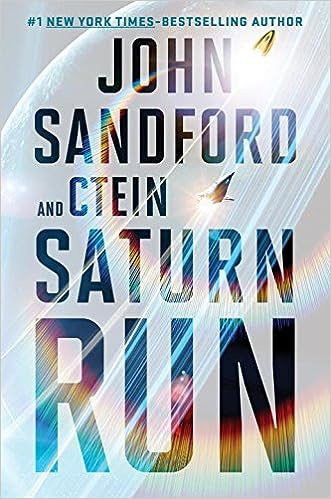 Saturn Run by John Sandford and CTEIN (Putnam Hardcover 10/06/2015) – Sandford is a well-established thriller writer and here he turns to a more Science Fictional tal.


For fans of THE MARTIAN, an extraordinary new thriller of the future from #1 New York Times–bestselling and Pulitzer Prize–winning author John Sandford and internationally known photo-artist and science fiction aficionado CTEIN.

Over the course of thirty-seven books, John Sandford has proven time and again his unmatchable talents for electrifying plots, rich characters, sly wit, and razor-sharp dialogue. Now, in collaboration with Ctein, he proves it all once more, in a stunning new thriller, a story as audacious as it is deeply satisfying.

The year is 2066. A Caltech intern inadvertently notices an anomaly from a space telescope—something is approaching Saturn, and decelerating. Space objects don’t decelerate. Spaceships do.

A flurry of top-level government meetings produces the inescapable conclusion: Whatever built that ship is at least one hundred years ahead in hard and soft technology, and whoever can get their hands on it exclusively and bring it back will have an advantage so large, no other nation can compete. A conclusion the Chinese definitely agree with when they find out.

The race is on, and a remarkable adventure begins—an epic tale of courage, treachery, resourcefulness, secrets, surprises, and astonishing human and technological discovery, as the members of a hastily thrown-together crew find their strength and wits tested against adversaries both of this earth and beyond. What happens is nothing like you expect—and everything you could want from one of the world’s greatest masters of suspense.