Here's the rundown of arrivals from the previous week. 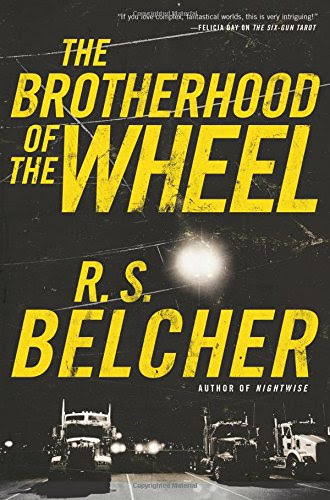 Nightwise by R.S. Belcher (Tor, Hardcover 03/01/2016) – This is Belcher’s fourth novel in only a few years and he switches up continually showing a breadth imagination.

R.S. Belcher, the acclaimed author of The Six-Gun Tarot and The Shotgun Arcana launches a gritty new urban fantasy series about the mysterious society of truckers known only as, The Brotherhood of The Wheel.

In 1119 A.D., a group of nine crusaders became known as the Poor Fellow-Soldiers of Christ and of the Temple of Solomon--a militant monastic order charged with protecting pilgrims and caravans traveling on the roads to and from the Holy Land. In time, the Knights Templar would grow in power and, ultimately, be laid low. But a small offshoot of the Templars endure and have returned to the order's original mission: to defend the roads of the world and guard those who travel on them.

Theirs is a secret line of knights: truckers, bikers, taxi hacks, state troopers, bus drivers, RV gypsies--any of the folks who live and work on the asphalt arteries of America. They call themselves the Brotherhood of the Wheel.

Jimmy Aussapile is one such knight. He's driving a big rig down South when a promise to a ghostly hitchhiker sets him on a quest to find out the terrible truth behind a string of children gone missing all across the country. The road leads him to Lovina Hewitt, a skeptical Louisiana State Police investigator working the same case and, eventually, to a forgotten town that's not on any map--and to the secret behind the eerie Black-Eyed Kids said to prowl the highways. 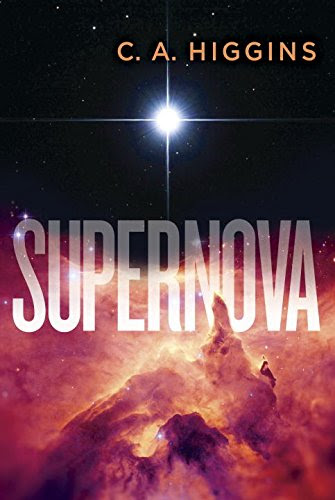 C. A. Higgins’s acclaimed novel Lightless fused suspenseful storytelling, high-caliber scientific speculation, and richly developed characters into a stunning science fiction epic. Now the dazzling Supernova heightens the thrills and deepens the haunting exploration of technology and humanity—and the consequences that await when the two intersect.

Once Ananke was an experimental military spacecraft. But a rogue computer virus transformed it—her—into something much more: a fully sentient artificial intelligence, with all the power of a god—and all the unstable emotions of a teenager.

Althea, the ship’s engineer and the last living human aboard, nearly gave her life to save Ananke from dangerous saboteurs, forging a bond as powerful as that between mother and daughter. Now she devotes herself completely to Ananke’s care. But teaching a thinking, feeling machine—perhaps the most dangerous force in the galaxy—to be human proves a monumental challenge. When Ananke decides to seek out Matthew Gale, the terrorist she regards as her father, Althea learns that some bonds are stronger than mortal minds can understand—or control.

Drawn back toward Earth by the quest, Althea and Ananke will find themselves in the thick of a violent revolution led by Matthew’s sister, the charismatic leader Constance, who will stop at nothing to bring down a tyrannical surveillance state. As the currents of past decisions and present desires come into stark collision, a new and fiery future is about to be born. 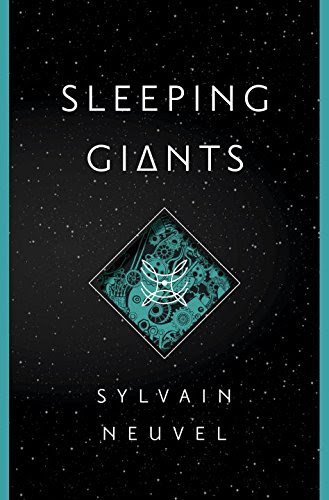 Sleeping Giants (Book One of The Themis Files) by Del Rey Hardcover 04/26/2016) – This is Neuvel’s debut and launches a trilogy of books, the description gives a real “page turner” feel.

An inventive debut in the tradition of World War Z and The Martian, told in interviews, journal entries, transcripts, and news articles, Sleeping Giants is a thriller fueled by a quest for truth—and a fight for control of earthshaking power.

A girl named Rose is riding her new bike near her home in Deadwood, South Dakota, when she falls through the earth. She wakes up at the bottom of a square hole, its walls glowing with intricate carvings. But the firemen who come to save her peer down upon something even stranger: a little girl in the palm of a giant metal hand.

But some can never stop searching for answers.

Rose Franklin is now a highly trained physicist leading a top secret team to crack the hand’s code. And along with her colleagues, she is being interviewed by a nameless interrogator whose power and purview are as enigmatic as the provenance of relic. What’s clear is that Rose and her compatriots are on the edge of unraveling history’s most perplexing discovery—and figuring out what it portends for humanity. But once the pieces of the puzzle are in place, will the result prove to be an instrument of lasting peace or a weapon of mass destruction?