It is Sunday, so that means I post the books I received the weeks before 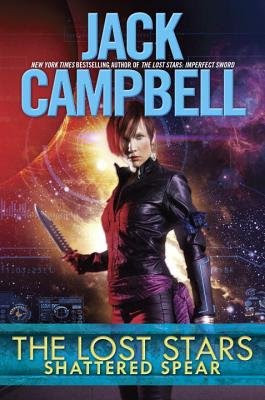 Shattered Spear (The Lost Stars #4) by Jack Campbell (Ace Hardcover 05/03/2016) – Fourth installment of the side-quel(?) parallel series to Campbell’s extremely popular The Lost Fleet series. I’ve read a handful of the books in the series and enjoyed them, but the series has sort of fallen to the back burner.

The Syndicate Worlds continue to splinter as more star systems pledge allegiance to President Gwen Iceni, General Artur Drakon, and the new government they’re establishing at Midway. But the toxic legacy of Syndicate rule continues to undermine their efforts as the rebels encounter difficulty trusting one another and believing their new leaders’ promises of freedom from tyranny.

Before Iceni and Drakon can put their house in order, they must deal with an even greater threat. An enigma warship has appeared and vanished near a Syndic colony. If the aliens are capable of jumping into other human-occupied star systems, then billions of people could be vulnerable to a hostile invasion fleet anywhere they choose to strike.

But an even greater vulnerability lies with Iceni and Drakon, as a once-trusted adviser-turned-saboteur plans revenge… 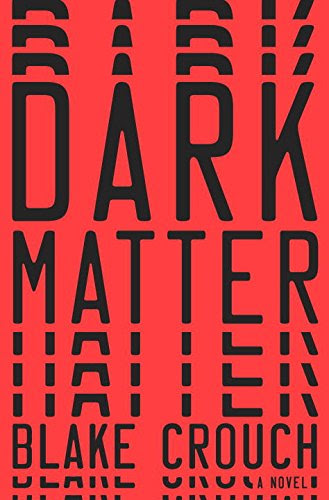 Dark Matter by Blake Crouch (Crown Hardcover 08/02/2016) – New SF Thriller from Crouch, whose popular Wayward Pines trilogy was adapted for television in Summer 2015. The marketing material sent with this book (which came in a big, black bubble envelope) indicates this is the book Crouch has been working his life to finish.

“Are you happy with your life?”

Those are the last words Jason Dessen hears before the masked abductor knocks him unconscious.

Before he awakens to find himself strapped to a gurney, surrounded by strangers in hazmat suits.

Before a man Jason’s never met smiles down at him and says, “Welcome back, my friend.”

In this world he’s woken up to, Jason’s life is not the one he knows. His wife is not his wife. His son was never born. And Jason is not an ordinary college physics professor, but a celebrated genius who has achieved something remarkable. Something impossible.

Is it this world or the other that’s the dream? And even if the home he remembers is real, how can Jason possibly make it back to the family he loves? The answers lie in a journey more wondrous and horrifying than anything he could’ve imagined—one that will force him to confront the darkest parts of himself even as he battles a terrifying, seemingly unbeatable foe.

From the author of the bestselling Wayward Pines trilogy, Dark Matter is a brilliantly plotted tale that is at once sweeping and intimate, mind-bendingly strange and profoundly human—a relentlessly surprising science-fiction thriller about choices, paths not taken, and how far we’ll go to claim the lives we dream of. 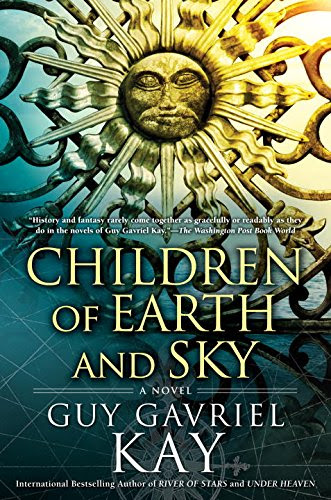 Children of the Earth and Sky by Guy Gavriel Kay (New American Library, Hardcover 05/10/2016) – A new novel from Guy Gavriel Kay is always cause for celebration. I’m a few novels behind, but I’ve never been disappointed by anything he’s written.


The bestselling author of the groundbreaking novels Under Heaven and River of Stars, Guy Gavriel Kay is back with a new book, set in a world inspired by the conflicts and dramas of Renaissance Europe. Against this tumultuous backdrop the lives of men and women unfold on the borderlands—where empires and faiths collide.

From the small coastal town of Senjan, notorious for its pirates, a young woman sets out to find vengeance for her lost family. That same spring, from the wealthy city-state of Seressa, famous for its canals and lagoon, come two very different people: a young artist traveling to the dangerous east to paint the grand khalif at his request—and possibly to do more—and a fiercely intelligent, angry woman, posing as a doctor’s wife, but sent by Seressa as a spy.

The trading ship that carries them is commanded by the accomplished younger son of a merchant family, ambivalent about the life he’s been born to live. And farther east a boy trains to become a soldier in the elite infantry of the khalif—to win glory in the war everyone knows is coming.

As these lives entwine, their fates—and those of many others—will hang in the balance, when the khalif sends out his massive army to take the great fortress that is the gateway to the western world...

Great Blog. You should look into Lightship Chronicles. Not only is it a great scifi story, but there is club scene where the music is a combination between techno and metal, with live animebots milling around.