Two of these, at least, I know I will be reading. 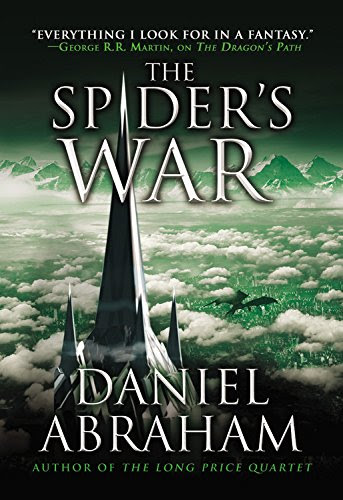 The Spider’s War (The Dagger and the Coin #5) by Daniel Abraham (Orbit Trade Paperback 03/08/2016) – The final novel in this fantastic series. I almost don’t want to read it because that means it will be over.


The epic conclusion to The Dagger and The Coin series, perfect for fans of George R.R. Martin.

Lord Regent Geder Palliako's great war has spilled across the world, nation after nation falling before the ancient priesthood and weapon of dragons. But even as conquest follows conquest, the final victory retreats before him like a mirage. Schism and revolt begin to erode the foundations of the empire, and the great conquest threatens to collapse into a permanent conflict of all against all.


In Carse, with armies on all borders, Cithrin bel Sarcour, Marcus Wester, and Clara Kalliam are faced with the impossible task of bringing a lasting peace to the world. Their tools: traitors high in the imperial army, the last survivor of the dragon empire, and a financial scheme that is either a revolution or the greatest fraud in the history of the world. 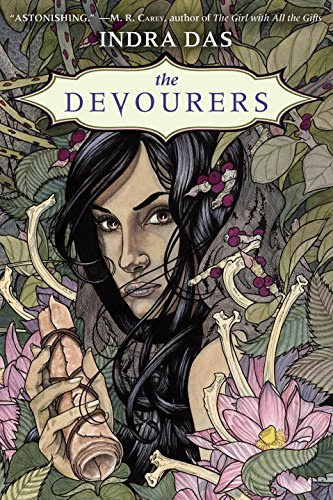 The Devourers by Indra Das (Del Rey Hardcover 07/12/2016) – Das’s debut which is getting a nice push. The ARC looks like a finished copy and is adorned with a very pretty cover. .

"I'm a werewolf," he says. Smoke flares out of his mouth in curls that wreath his long black hair, giving him silver-blue locks for a passing second. I don't see him throw away the match, but his foot moves to rub it into the soil.

In present-day Kolkata, college professor Alok Mukherjee meets a man who claims to be a werewolf. Alone and estranged after a divorce, Alok is drawn to the stranger's hypnotic allure, unable to tell delusion from truth, trickery from magic. In a dusty caravanserai in seventeenth-century Mumtazabad, Cyrah, a young wanderer, meets a man who says he is a monster. Their encounter fills her with revulsion and dread, yet changes her forever.

Beginning in Mughal India by the foot of the Taj Mahal and culminating in the lush, dangerous forests of the Sunderbans in twenty first century India, The Devourers is a story about shapeshifters, men with second selves who prey on humans. But it is also about what it means to be human and of the transformative powers of love. Utterly gripping and wholly original, it reinvents the modern fantasy novel for India, imbuing it with depth, emotion and richness.

On a cool evening in Kolkata, India, beneath a full moon, as the whirling rhythms of traveling musicians fill the night, college professor Alok encounters a mysterious stranger with a bizarre confession and an extraordinary story. Tantalized by the man’s unfinished tale, Alok will do anything to hear its completion. So Alok agrees, at the stranger’s behest, to transcribe a collection of battered notebooks, weathered parchments, and once-living skins.

From these documents spills the chronicle of a race of people at once more than human yet kin to beasts, ruled by instincts and desires blood-deep and ages-old. The tale features a rough wanderer in seventeenth-century Mughal India who finds himself irrevocably drawn to a defiant woman—and destined to be torn asunder by two clashing worlds. With every passing chapter of beauty and brutality, Alok’s interest in the stranger grows and evolves into something darker and more urgent.

Shifting dreamlike between present and past with intoxicating language, visceral action, compelling characters, and stark emotion, The Devourers offers a reading experience quite unlike any other novel. 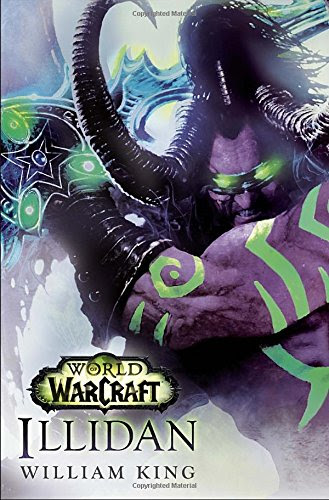 World of Warcraft: Illidan (Tyrion and Teclis #1) by William King (Del Rey Hardcover 04/12/2016) – William King is well-experienced in the world of Media Tie-ins, having penned numerous Warhammer fantasy novels. This one is obviously timed in preparation for the new Warcraft movie.

Behind the legend stands an individual hungry for justice and vengeance—as the adventure, intrigue, and heroism of World of Warcraft rise to a new level.

You are not prepared.

Illidan Stormrage is one of the most powerful beings ever to walk the lands of Azeroth. He is also one of the least understood. Behind his legend, beneath his enigmatic mission, lies a brilliant mind whose machinations are comprehended by few—and trusted by even fewer. Illidan’s righteous reign of justice and vengeance has begun.

Long ago, the night elf sorcerer Illidan infiltrated the demonic Burning Legion to ward off its invasion of Azeroth. Instead of hailing him as a hero, his own kind branded him the Betrayer, questioning his intentions after he appeared to aid the demon lords. For ten thousand years, he languished in prison—vilified, isolated, but never forgetting his purpose.

Now the Legion has returned, and there is only one champion who can truly stand against it. Released from his bonds, Illidan prepares for the final confrontation in the alien realm of Outland, gathering an army of grotesque fel orcs, serpentine naga, cunning blood elves, and twisted demon hunters to his side. He alone knows what deeply hidden motives guide his hand; he alone understands the price that must be paid to defeat the enemies of creation. Yet as before, he is assailed by those who see his schemes as a cynical quest for power, including the night elf Maiev Shadowsong, his former jailor. Warden Shadowsong and her Watchers have pursued the Betrayer to Outland to exact retribution for his crimes, and she will not rest until Illidan is in her custody . . . or in his grave.

Alight (Generations Trilogy #2) by Scott Sigler (Del Rey Hardcover 04/05/2016) – I listened to Scott’s first podcast two novel Infected and Contagious and loved Alive when I read it last year. This is the hardcover/finished version of the ARC I received a couple of weeks ago.

In Alive, Scott Sigler introduced readers to an unforgettable young heroine and a mysterious new world reminiscent of those of The Hunger Games, Divergent, and Red Rising. Now he expands his singular vision in the next thrilling novel of this powerful sci-fi adventure series.


“If it’s war they want, they messed with the wrong girl.”


M. Savage—or Em, as she is called—has made a bewildering and ominous discovery. She and the other young people she was chosen to lead awoke in strange coffins with no memory of their names or their pasts. They faced an empty, unknown place of twisting tunnels and human bones. With only one another to depend on, they searched for answers and found the truth about their terrifying fate. Confronted by a monstrous enemy, they vowed never to surrender—and, by any means, to survive.

The planet Omeyocan may be the sanctuary Em and her comrades seek. But the planet for which they were created turns out not to be a pristine, virgin world. Vestiges of a lost civilization testify to a horrifying past that may yet repeat itself. And when a new enemy creeps from the jungle shadows, Em and her young refugees learn there’s nowhere left to run. They face a simple choice: fight or die.
In the midst of this desperate struggle, their unity is compromised from within—and a dangerous zealot devoted to a bloodthirsty god moves to usurp Em’s command, threatening to lead them all down a path to violent doom.