I began reading one of these the day it arrived, the other books arrived on Friday. 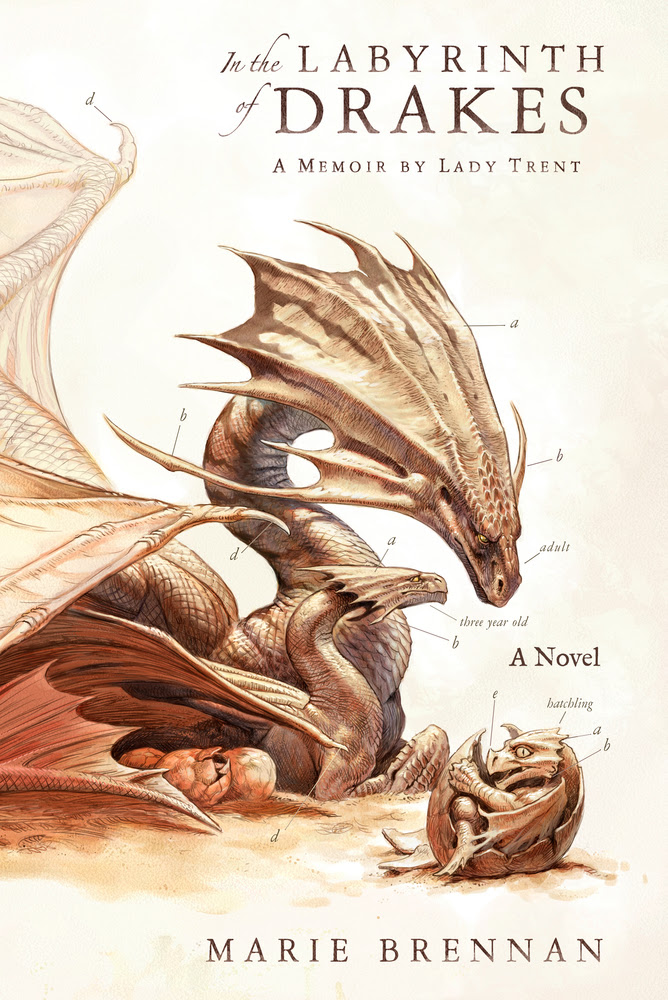 In the Labyrinth of Drakes (A Memoir by Lady Trent) by Marie Brennan (Tor Hardcover 04/05/2016) – Fifth installment in Brennan’s remarkably well-received series placing the discovery of Dragons in Victorian times. These are gorgeous looking books with Todd Lockwood’s fantastic art. Impressively, Marie has been on publishing these on an annual basis.

In the Labyrinth of Drakes: the thrilling new book in the acclaimed fantasy series from Marie Brennan, as the glamorous Lady Trent takes her adventurous explorations to the deserts of Akhia.

Even those who take no interest in the field of dragon naturalism have heard of Lady Trent's expedition to the inhospitable deserts of Akhia. Her discoveries there are the stuff of romantic legend, catapulting her from scholarly obscurity to worldwide fame. The details of her personal life during that time are hardly less private, having provided fodder for gossips in several countries.

As is so often the case in the career of this illustrious woman, the public story is far from complete. In this, the fourth volume of her memoirs, Lady Trent relates how she acquired her position with the Royal Scirling Army; how foreign saboteurs imperiled both her work and her well-being; and how her determined pursuit of knowledge took her into the deepest reaches of the Labyrinth of Drakes, where the chance action of a dragon set the stage for her greatest achievement yet. 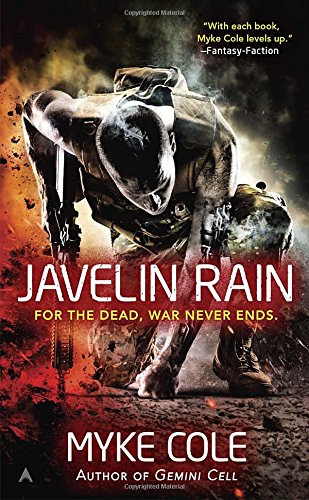 Javelin Rain by Myke Cole (Ace, Mass Market Paperback 03/29/2016) – I’ve been a fan of Myke’s writing since reading his debut, novels Control Point. Set in the same milieu, this one follows directly on from Gemini Cell.

The fast-paced, adrenaline-filled sequel to Gemini Cell, set in the same magical and militaristic world of the acclaimed Shadow Ops series.

Javelin: A code denoting the loss of a national security asset with strategic impact.

Rain: A code indicating a crisis of existential proportions.

Javelin Rain incidents must be resolved immediately, by any and all means necessary, no matter what the cost...

Being a US Navy SEAL was Jim Schweitzer’s life right up until the day he was killed. Now, his escape from the government who raised him from the dead has been coded "Javelin Rain." Schweitzer and his family are on the run from his former unit, the Gemini Cell, and while he may be immortal, his wife and son are not.

Jim must use all of his strength to keep his family safe, while convincing his wife he’s still the same man she once loved. But what his former allies have planned to bring him down could mean disaster not only for Jim and his family, but for the entire nation... 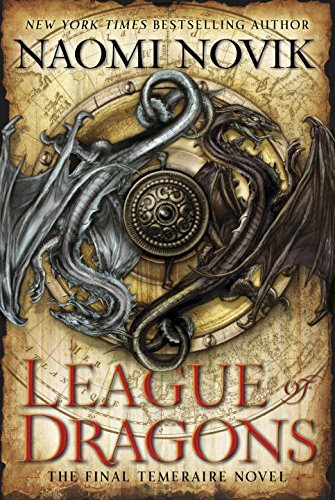 League of Dragons (The Final Temeraire novel) by Naomi Novik (Del Rey 06/14/2016) – Novik brings her popular saga of Dragons in Napoleanic times to a close.

With the acclaimed Temeraire novels, New York Times bestselling author Naomi Novik has created a fantasy series like no other, combining the high-flying appeal of Anne McCaffrey’s Pern saga and the swashbuckling derring-do of Patrick O’Brian’s historical seafaring adventures. Now, with League of Dragons, Novik brings the imaginative tour de force that has captivated millions to an unforgettable finish.

Napoleon’s invasion of Russia has been roundly thwarted. But even as Capt. William Laurence and the dragon Temeraire pursue the retreating enemy through an unforgiving winter, Napoleon is raising a new force, and he’ll soon have enough men and dragons to resume the offensive. While the emperor regroups, the allies have an opportunity to strike first and defeat him once and for all—if internal struggles and petty squabbles don’t tear them apart.

Aware of his weakened position, Napoleon has promised the dragons of every country—and the ferals, loyal only to themselves—vast new rights and powers if they fight under his banner. It is an offer eagerly embraced from Asia to Africa—and even by England, whose dragons have long rankled at their disrespectful treatment.

But Laurence and his faithful dragon soon discover that the wily Napoleon has one more gambit at the ready—one that that may win him the war, and the world.

The House of Daniel by Harry Turtledove (Tor Hardcover 05/31/2016) – This might be the 43rd Turtledove book I’ve received, between ARCs, finished copies, and reprints. Though still an alternate history, this one seems to be different than many of his alternate views of wars past.

Since the Big Bubble popped in 1929, life in the United States hasn’t been the same. Hotshot wizards will tell you nothing’s really changed, but then again, hotshot wizards aren’t looking for honest work in Enid, Oklahoma. No paying jobs at the mill, because zombies will work for nothing. The diner on Main Street is seeing hard times as well, because a lot fewer folks can afford to fly carpets in from miles away.

Jack Spivey’s just another down-and-out trying to stay alive, doing a little of this and a little of that. Sometimes that means making a few bucks playing ball with the Enid Eagles, against teams from as many as two counties away. And sometimes it means roughing up rival thugs for Big Stu, the guy who calls the shots in Enid.

But one day Jack knocks on the door of the person he’s supposed to “deal with”—and realizes that he’s not going to do any such thing to the young lady who answers. This means he needs to get out of the reach of Big Stu, who didn’t get to where he is by letting defiance go unpunished.

Then the House of Daniel comes to town—a brash band of barnstormers who’ll take on any team, and whose antics never fail to entertain. Against the odds Jack secures a berth with them. Now they’re off to tour an America that’s as shot through with magic as it is dead broke. Jack will never be the same—nor will baseball.