With the last “here are new reviews” post before Christmas, I bring you two new reviews at SFFWorld, one by me and the other by Dan.

In my ongoing attempt to become more familiar with the Warhammer 40,000 universe, I reviewed The Founding: Gaunt’s Ghosts Omnibus #1 by Dan Abnett: 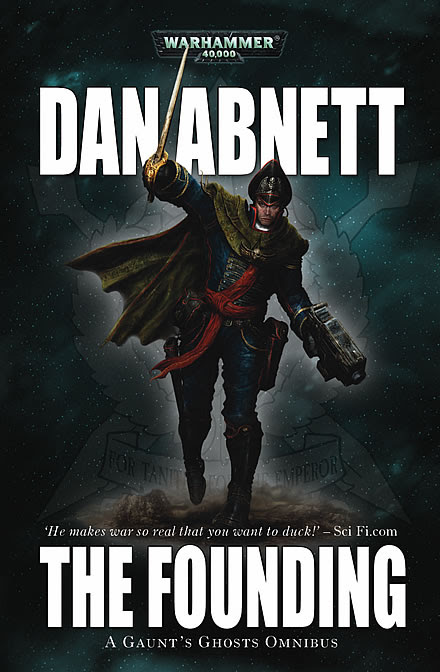 Although the novels contained within this omnibus (First and Only, Ghostmaker, and Necropolis) tell of the exploits of the Tanith First and Only, each novel is slightly different stylistically speaking. This is one of the strengths of the book.

Led by Colonel-Commissar Ibram Gaunt, the Tanith First and Only are the last survivors of their homeworld, which is how they were dubbed “Ghosts.” The first entry, First & Only, details one of the early campaigns of Gaunt’s Ghosts, hinting at the history of their founding. It is something of a cold start as Abnett gives readers a story of the Ghosts in action. Intertwined are episodes from Gaunt’s past as a teen and young man being educated at Schola Progenium, a military school for orphans of Imperial Officers. Abnett effectively introduces the regiment and what to expect in these stories – action, nice character interaction, and fast-paced plotting. 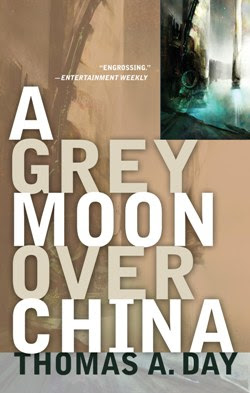 To fully appreciate the story, you must tolerate characters who refuse to grow from beginning to end, who never learn from experience, who persist in their tunnel-visioned approach to life. You must cheer for those like the narrator who seem to have some modicum of rationality though their behavior will often tempt you to throw the book away in despair.

I stopped reading for a few days because the attention to politics was driving me crazy. When I came back to it, I discovered I had stopped just short of the saving plot line that made the rest of the book as enjoyable as the opening had been..