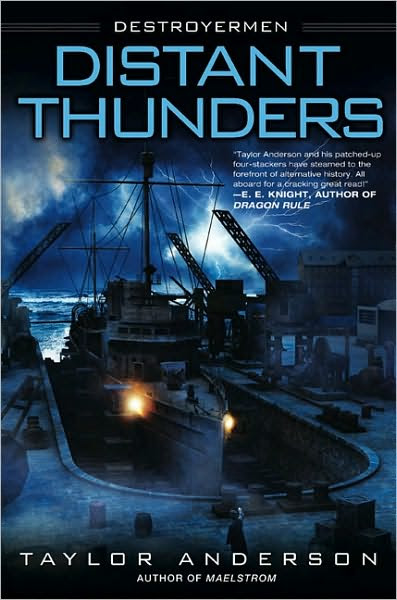 Distant Thunders (Destroyermen Book 4) by Taylor Anderson (Roc Hardcover 06/01/2010) – I’ve read and enjoyed the first trilogy (Into the Storm, Crusade, and (Maelstrom) in the series and enjoyed them so I’ll be getting to this one at some point, too.
After the battle in which the men of the destroyer Walker and their Lemurian allies repelled the savage Grik, Lieutenant Commander Matthew Reddy is shocked by the arrival of a strange ship captained by one Commodore Jenks of the New Britain Imperial Navy-an island-nation populated by the descendants of British East Indiamen swept through the rift centuries before.

With the Walker undergoing repairs, Reddy already has a great deal on his hands. For the Grik will return, and Reddy will need all hands on deck to fight them off when they next attack. But Jenks' uncertain loyalties make Reddy question whether he can trust the man.

As tension between the Allies and the Imperials mount, Reddy will come to realize that his suspicions are not misplaced-and that a greater danger than the Grik is closer than he ever suspected...

Magic Bleeds (Book Four of Kate Daniels) by Ilona Andrews (Ace Mass Market Paperback 05/25/2010) – The fourth in an Urban Fantasy series about a Paranormal fixer-uppper who wields a glowing sword in a world where magic is overtaking technology.

Kate Daniels cleans up the paranormal problems no one else wants to deal with-especially if they involve Atlanta's shapeshifting community.

And now there's a new player in town-a foe that may be too much for even Kate and Curran, the Lord of the Beasts, to handle. Because this time, Kate will be taking on family. 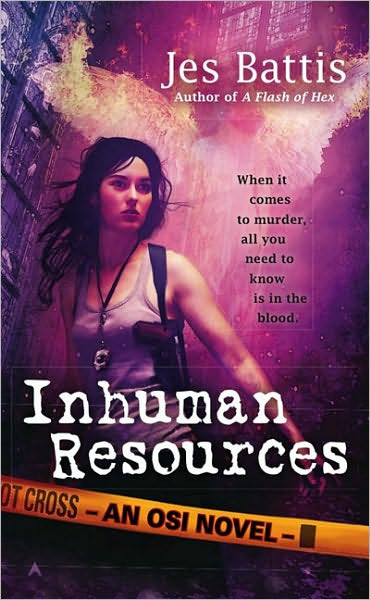 When a powerful necromancer is killed, Occult Special Investigator Tess Corday must handle the heavy politics in the occult community as carefully as she handles the scant evidence. But with her sometime lover Lucian Agrado representing the necromancers in the grisly matter, things are about to get out of control...fast.

For the Win by Cory Doctorow (Tor Hardcover 05/11/2010) – I really enjoyed Dorctorow’s Little Brother. and thought it the best SF book I read in 2008. This one sounds just as fun:

In the virtual future, you must organize to survive

At any hour of the day or night, millions of people around the globe are engrossed in multiplayer online games, questing and battling to win virtual “gold,” jewels, and precious artifacts. Meanwhile, others seek to exploit this vast shadow economy, running electronic sweatshops in the world’s poorest countries, where countless “gold farmers,” bound to their work by abusive contracts and physical threats, harvest virtual treasure for their employers to sell to First World gamers who are willing to spend real money to skip straight to higher-level gameplay.

Mala is a brilliant 15-year-old from rural India whose leadership skills in virtual combat have earned her the title of “General Robotwalla.” In Shenzen, heart of China’s industrial boom, Matthew is defying his former bosses to build his own successful gold-farming team. Leonard, who calls himself Wei-Dong, lives in Southern California, but spends his nights fighting virtual battles alongside his buddies in Asia, a world away. All of these young people, and more, will become entangled with the mysterious young woman called Big Sister Nor, who will use her experience, her knowledge of history, and her connections with real-world organizers to build them into a movement that can challenge the status quo.

The ruthless forces arrayed against them are willing to use any means to protect their power—including blackmail, extortion, infiltration, violence, and even murder. To survive, Big Sister’s people must out-think the system. This will lead them to devise a plan to crash the economy of every virtual world at once—a Ponzi scheme combined with a brilliant hack that ends up being the biggest, funnest game of all.

Imbued with the same lively, subversive spirit and thrilling storytelling that made LITTLE BROTHER an international sensation, FOR THE WIN is a prophetic and inspiring call-to-arms for a new generation. 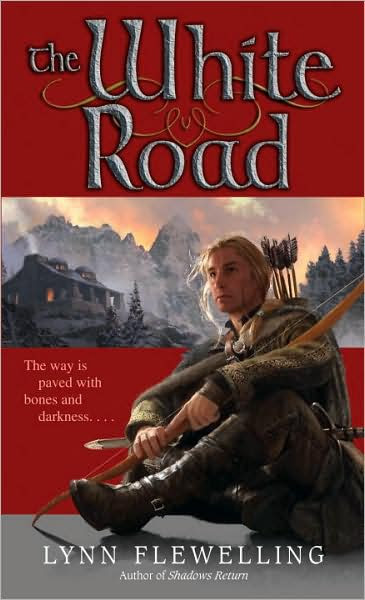 The Wihte Road (Kara Gillian, Book 2) by Lynn Flewelling (Bantam Mass Market 02/23/2010)– I read a couple of Flewelling’s novles, The Bone Doll’s Twin was the SFFWorld Fantasy Book Club selection back in June 2003. I think this book is set in the same world, but separated by a few years and a few books.

: Dissolute nobles, master spies, and the unlikeliest of heroes, Alec and Seregil have survived exile, treachery, and black magic. But the road that lies ahead is the most hazardous they’ve ever traveled. For with enemies on all sides, they must walk a narrow path between good and evil where one misstep might be their last.

Having escaped death and slavery in Plenimar, Alec and Seregil want nothing more than to go back to their nightrunning life in Rhíminee. Instead they find themselves saddled with Sebrahn, a strange, alchemically created creature—the prophesied “child of no woman.” Its moon-white skin and frightening powers make Sebrahn a danger to all whom Alec and Seregil come into contact with, leaving them no choice but to learn more about Sebrahn’s true nature.

With the help of trusted friends and Seregil’s clan, the duo set out to discover the truth about this living homunculus—a journey that can lead only to danger or death. For Seregil’s old nemesis Ulan í Sathil of Virèsse and Alec’s own long-lost kin are after them, intent on possessing both Alec and Sebrahn. On the run and hunted, Alec and his comrades must fight against time to accomplish their most personal mission ever. 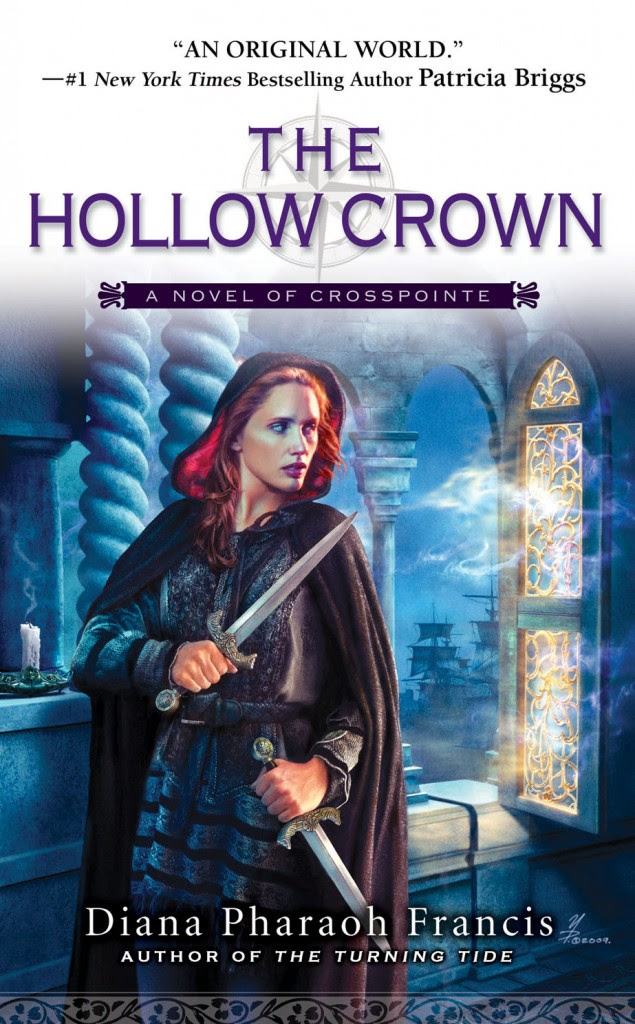 After the murders of the king and queen, the island empire of Crosspointe is on the verge of chaos. The ruthless Lord Chancellor has taken the throne and made slaves of most of the royal family. Now, in order to sabe the country they love, the king's heirs are determihed to rally whatever allies they have left and overthrow the Lord Chancellor- before the Jutras invade.

Faery Moon (A Tess Noncoire Adventure #3) by P.R Frost (DAW Mass Market Paperback 06/01/2010) – Third in a series about a woman who is both a fantasy writer and the defender of a Faery realm. I received the hardcover exactly a year ago.

Tess Noncoiré, successful fantasy writer and Celestial Blade Warrior, has gone to a writers' conference in Las Vegas, taking along her mother, who is depressed over the death of her demon husband.

Taking in one of Vegas' Big Acts, Tess is amazed to see winged dancers flying about the stage, seemingly unsupported by any wires. Then she discovers the dancers are actually faeries, held captive in the casino against their will. And if Tess and her sidekick demon Scrap don't help the faeries return to their own dimension, they—and their realm—will die.

Dragongirl edited by Nick Gevers and Marty Halpern (DAW Mass Market Paperback 06/01/2010) – The monthly themed DAW anthology is about the eternal question posed by science fiction – are we alone? An impressive list of contributors are lined up for this anthology.

Are we alone in the universe, and if not, who else-or what else-is out there? Here are thought-provoking stories that explore such questions as: Do intelligent species invariably destroy themselves by nuclear war or ecological collapse? Are the sentient aliens that do exist just too far away? Do they exist in forms beyond our comprehension? Are they among us, but undetectable? These are just some of the possibilities explored by a stellar lineup of contributors.

It's no walk in the park for a Drood, a member of the family that has protected humanity from the things that go bump in the night for centuries. They aren't much liked by the creatures they kill, by ungrateful humans, or even by one another.

Now their Matriarch is dead, and it's up to Eddie Drood, acting head of the family, to figure out whodunit. Unpopular opinion is divided: it was either Eddie's best girl, Molly. Or Eddie himself. And Eddie knows he didn't do it.

The Enchantment Emporium by Tanya Huff (DAW Mass Market Paperback 06/02/2010) – This looks like either a standalone or new series for the popular Huff. I’ve seen good things about her Vampire seriesThe Blood Books, but this is a modern day fantasy: I received the hardcover exactly a year ago.

The bestselling author of the Blood Books delivers a masterful new urban fantasy.

Alysha Gale is a member of a family capable of changing the world with the charms they cast. Then she receives word that she's inherited her grandmother's junk shop in Calgary, only to discover upon arriving that she'll be serving the fey community. And when Alysha learns just how much trouble is brewing in Calgary, even calling in the family to help may not be enough to save the day. 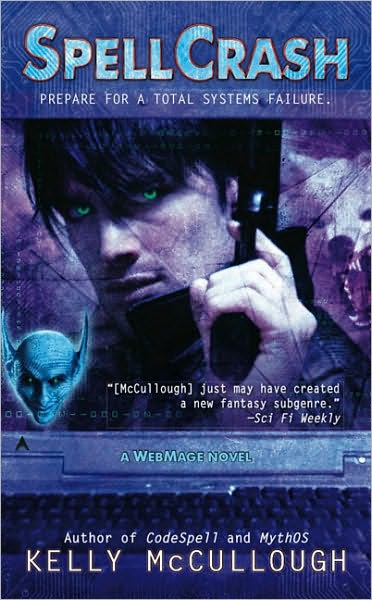 Who Fears Death by Nnedi Okorafor and John Wells (DAW Hardcover 06/02/2010) – I think I’ve read a couple of short stories by Okorafor and this one comes with some decent praise on the back from Peter Straub and David Anthony Durham.

An award-winning literary author presents her first foray into supernatural fantasy with a novel of post-apocalyptic Africa.

In a far future, post-nuclear-holocaust Africa, genocide plagues one region. The aggressors, the Nuru, have decided to follow the Great Book and exterminate the Okeke. But when the only surviving member of a slain Okeke village is brutally raped, she manages to escape, wandering farther into the desert. She gives birth to a baby girl with hair and skin the color of sand and instinctively knows that her daughter is different. She names her daughter Onyesonwu, which means "Who Fears Death?" in an ancient African tongue.

Reared under the tutelage of a mysterious and traditional shaman, Onyesonwu discovers her magical destiny-to end the genocide of her people. The journey to fulfill her destiny will force her to grapple with nature, tradition, history, true love, the spiritual mysteries of her culture-and eventually death itself. 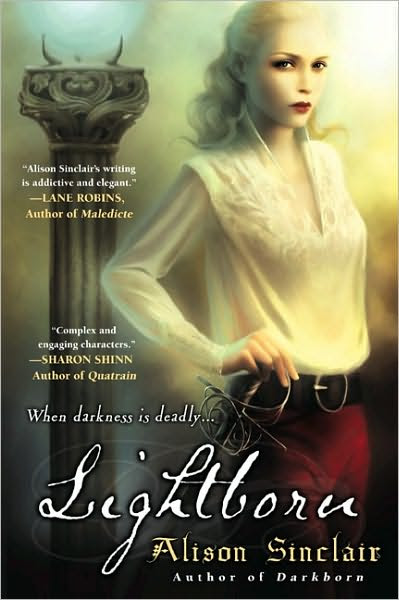 Lightborn by Alison Sinclair (Roc Trade Paperback 06/01/2010) – The second book in the Regency-flavored fantasy trilogy of magic and manners from the author of Darkborn.

The Darkborn aristocracy has rejected magic, viewing the pursuit of science as the only worthy goal. But Lady Telmaine Hearne does not have that luxury. She has kept her own powers secret, fearful of being ruined in society...until her husband Balthasar draws her into a conspiracy to protect the archduke and his brother against a magical enemy. But who will protect them from her? 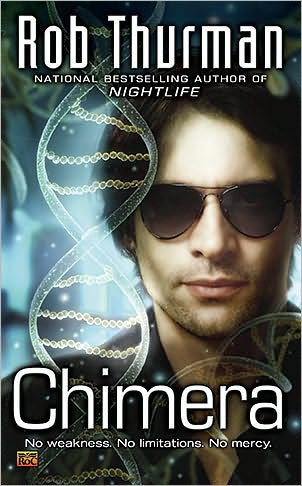 
A sci-fi thriller that asks the questions...

Ten years ago, Stefan Korsak's younger brother was kidnapped. Not a day has passed that Stefan hasn't thought about him. As a rising figure in the Russian mafia, he has finally found him. But when he rescues Lukas, he must confront a terrible truth-his brother is no longer his brother. He is a trained, genetically-altered killer. Now, those who created him will do anything to reclaim him. And the closer Stefan grows to his brother, the more he realizes that saving Lukas may be easier than surviving him... 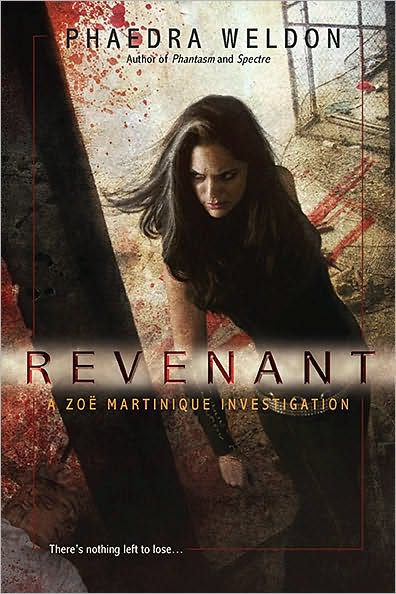 The smart, sassy, single, and "highly original" (#1 New York Times bestselling author Patricia Briggs) Zoë Martinique is back- and she's seeking clues on the other side...

Zoë Martinique's life hasn't been ordinary for quite awhile. First she developed the ability to travel outside her body at will-where she encountered some seriously weird things. Things that left her with powers that she didn't really want or need. Still, a person can get used to almost anything- even being a Wraith. Though more often than not, it plays serious havoc with her love life.

But for once, Zoë is glad of her abilities. Bodies are showing up all over Atlanta, drained of blood. They're beings from another astral plane, called Revenants-and they're being stalked by her old enemy, the Phantasm. The Revenants are hardly the nicest of creatures-but to preserve the cosmic balance, Zoë will need to put everything on the line to save them..