The San Francisco Book Review posted two reviews I recently provided to them, so I'll provide you all, my millions....and MILLIONS of readers, with links to those reviews.

The first review I'll link is the one I read first, Brayan's Gold by Peter V. Brett:

The story has plausible character interactions, tense battles with multiple demons, and highlights of the themes of Brett’s novels–overcoming fear, doing what is right, and an overall sense of adventure. The book includes beautiful illustrations by Lauren K. Cannon who also provides a terrific cover.

The second review is a book I thought was a lot of fun, and one I enjoyed even more than I expected and I had fairly high hopes in the first place - The Age of Odin by James Lovegrove: 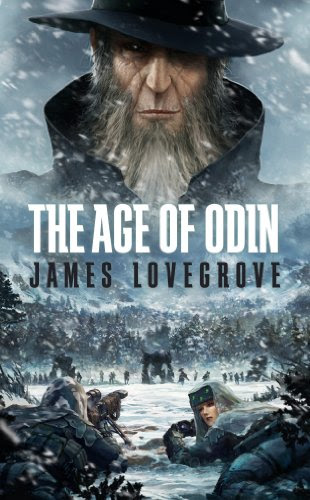 Lovegrove’s narrative makes no apologies for the over-the-top concept of the story, he takes it as seriously as possible, and tells a story that is gripping. In totality, Lovegrove has written a book that is difficult to put down. In some senses, the novel reads as a very high-octane masculine fantasy, but again, Lovegrove’s storytelling ability helps to gloss over any shortcomings. The novel is told in the first person and works very well to convey the protagonist’s thoughts and, of course, how Gid sees the Norse gods as real. Gid is not well-versed in Norse mythology so it takes a bit for him to fully guess at the gravity of his situation. Lovegrove injects humor into the story, mostly through Gid’s snarky comments.

Hmmm...
I get "403 Permission Denied" when using the review links?

I'm not having any problems getting to the reviews.