Only two books this week at the ‘o Stuff. 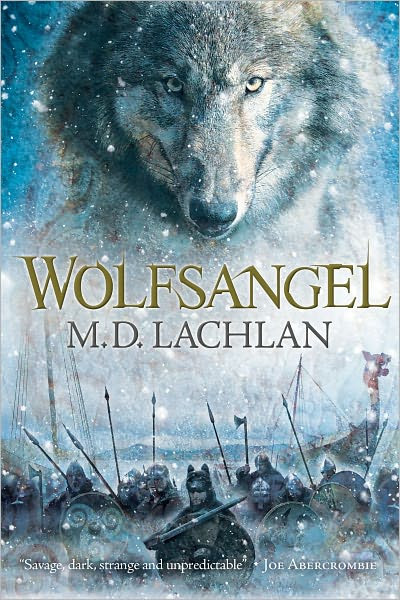 Woflsangel by M.D. Lachlan (Pyr Trade Paperback 03/26/2011) – Mark had good things to say about this novel when this published in the UK last year. I’m looking forward to reading this one myself.

The Viking king Authun leads his men on a raid against an Anglo-Saxon village. Men and women are killed indiscriminately, but Authun demands that no child be touched. He is acting on prophecy—a prophecy that tells him that the Saxons have stolen a child from the gods. If Authun, in turn, takes the child and raises him as an heir, the child will lead his people to glory.

But Authun discovers not one child, but twin baby boys. After ensuring that his faithful warriors, witnesses to what has happened, die during the raid, Authun takes the children and their mother home, back to the witches who live on the troll wall. And he places his destiny in their hands.

So begins a stunning multivolume fantasy epic that will take a werewolf from his beginnings as the heir to a brutal Viking king down through the ages. It is a journey that will see him hunt for his lost love through centuries and lives, and see the endless battle between the wolf, Odin, and Loki, the eternal trickster, spill over into countless bloody conflicts from our history and our lives.

This is the myth of the werewolf as it has never been told before and marks the beginning of an extraordinary new fantasy series. 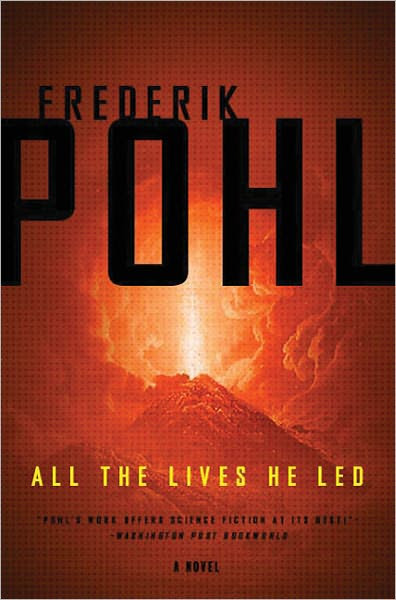 All the Lives He Led: A Novel by Frederik Pohl (Tor Hardcover 04/12/2011) – Pohl is one of the few writers who can still hold the name living legend, and this is his latest novel.

Two thousand years after Pompeii’s destruction, a thriller of upheaval—volcanic and political—as only SF Grandmaster Frederik Pohl can write it!

With a keen eye for the humanity in any situation, science fiction icon Frederik Pohl has crafted a compelling new novel of a not-too-distant future we can only hope is merely science fiction.

When Mount Vesuvius erupted in 79 A.D. it gave so little warning that Pompeiians were caught unawares, and many bodies were preserved in volcanic ash. Two thousand years later, in 2079, Pompeii is a popular theme park eagerly anticipating Il Giubeleo, the Jubilee celebration of the great anniversary. But Vesuvius is still capable of erupting, and even more threatening are terrorists who want to use the occasion to draw attention to their cause by creating a huge disaster. As the fateful day draws near, people from all over the world—workers, tourists, terrorists—caught in the shadow of the volcano will grapple with upheaval both natural and political.