Only three books this week, which is a nice down turn from the past couple of weeks. Without further ado, I’ll let the books speak for themselves. 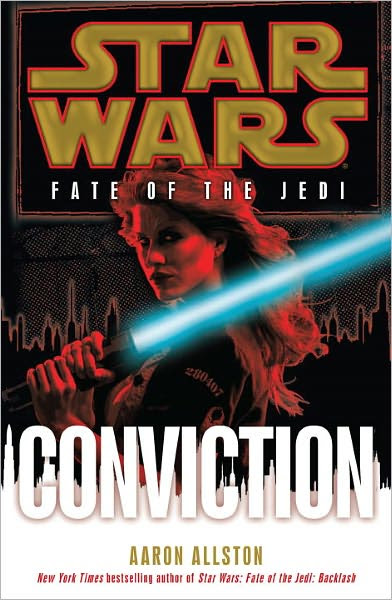 Chief of State Natasi Daala has been overthrown, and the Jedi Order has taken control of the Galactic Alliance. But while the new governors dismantle Daala’s draconian regime, forces still loyal to the deposed official are mobilizing a counterstrike. And even the Jedi’s new authority may not be enough to save Tahiri Veila, the former Jedi Knight and onetime Sith apprentice convicted of treason for the killing of Galactic Alliance officer Gilad Pellaeon.

Meanwhile, Luke and Ben Skywalker are relentlessly pursuing Abeloth, the powerful dark-side entity bent on ruling the galaxy. But as they corner their monstrous quarry on the planet Nam Chorios, the two lone Jedi must also face the fury of the Sith death squadron bearing down on them. And when Abeloth turns the tables with an insidious ambush, the Skywalkers’ quest threatens to become a suicide mission. 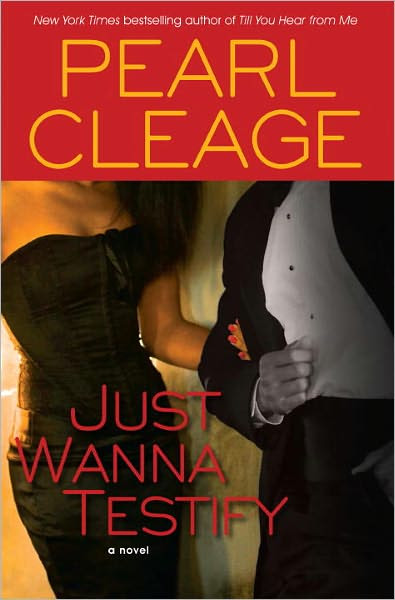 Just Wanna Testify by Pearl Cleage (Hardcover 05/12/2011 One World/Ballantine) – This appears to be part of a larger connected series.

Atlanta’s West End district has always been a haven and home to a coterie of unique characters—artists and thinkers, dreamers and doers. Folks here know one another’s names, keep their doors unlocked, and look out for their neighbors. Anyone planning to sell drugs, vandalize, or rob a little old lady should think twice before hitting this part of town. And Blue Hamilton, West End’s unofficial mayor and longtime protector, will see to it that you do. Blue wears many hats here, including adored husband to Regina, dear nephew to Abbey, and doting father to Sweetie and another little one on the way.

Blue is also the man you pay your respects to if you’re looking to set up shop in this urban enclave—just ask Serena Mayflower, whom Blue sees striding down Ralph David Abernathy Boulevard wearing skin-tight black leather pants, thigh-high boots, and bright red lipstick. This tall, slender, ethereally beautiful woman and her four equally striking sisters make up the Too Fine Five, a quintet of international supermodels who have arrived in town for an Essence magazine photo shoot.

But Blue’s gut tells him that there’s more to these Mayflower mademoiselles than their affection for full moons and Bloody Marys. With the help of his beloved Regina and their close friends and relations in West End, Blue vows to uncover the women’s secret intentions—and prove once and for all that there is no greater force on earth than the power of love. 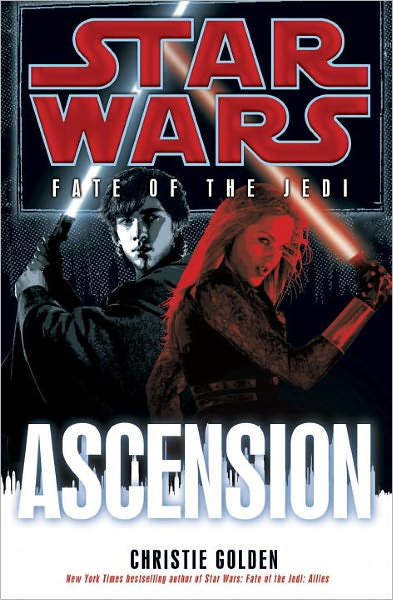 How long can the Jedi remain in power? How far will the Sith go to rule supreme? What chance do both stand against Abeloth?

As Luke and Ben Skywalker pursue the formidable dark-side being Abeloth, the Lost Tribe of the Sith is about to be sundered by an even greater power—which will thrust one Dark Lord into mortal conflict with his own flesh-and-blood.

On Coruscant, a political vacuum has left tensions at the boiling point, with factions racing to claim control of the Galactic Alliance. Suddenly surrounded by hidden agendas, treacherous conspiracies, and covert Sith agents, the Jedi Order must struggle to keep the GA government from collapsing into anarchy.

The Jedi are committed to maintaining peace and ensuring just rule, but even they are not prepared to take on the combined threats of Sith power, a deposed dictator bent on galaxy-wide vengeance, and an entity of pure cunning and profound evil hungry to become a god.
at 4/24/2011

Email ThisBlogThis!Share to TwitterShare to FacebookShare to Pinterest
Labels: Books in the Mail, Star Wars