A brief respite after a couple of weeks of big arrivals. 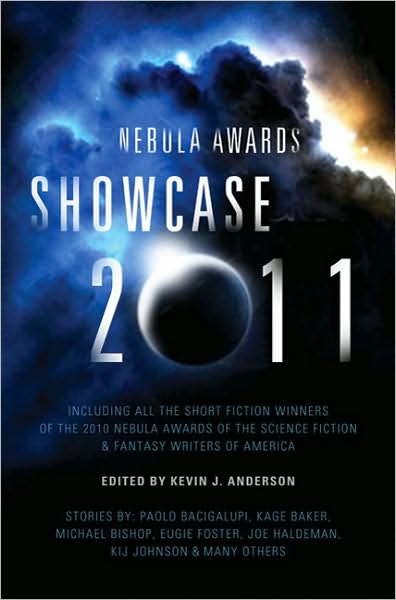 With this inaugural volume at Tor, the annual Nebula Award collection is reborn as a fiction-only anthology. This collection of nominees for 2010’s Nebula Awards includes all of the prior year’s most celebrated stories, and will be published in time for the 2011 Nebula Awards in May, 2011. 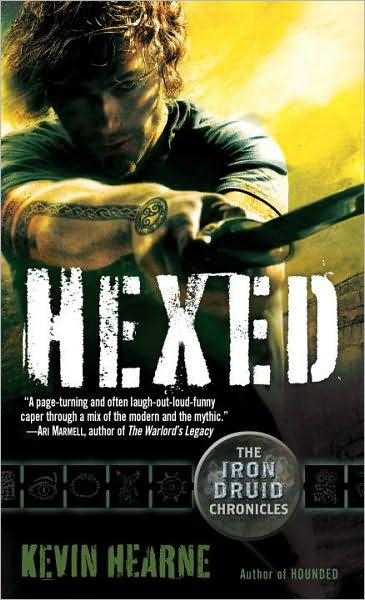 Hexed (The Iron Druid Chronicles #1) by Kevin Hearne (Del Rey, Mass Market Paperback 06/03/2011) – Second novel from Hearne, and the second in his series. As I write this post, I’m reading the first book, Hounded. I expect the third book will show up in about a month. The book is already a fair amount of discussion at SFFWorld about the book.

Atticus O’Sullivan, last of the Druids, doesn’t care much for witches. Still, he’s about to make nice with the local coven by signing a mutually beneficial nonaggression treaty—when suddenly the witch population in modern-day Tempe, Arizona, quadruples overnight. And the new girls are not just bad, they’re badasses with a dark history on the German side of World War II.

With a fallen angel feasting on local high school students, a horde of Bacchants blowing in from Vegas with their special brand of deadly decadence, and a dangerously sexy Celtic goddess of fire vying for his attention, Atticus is having trouble scheduling the witch hunt. But aided by his magical sword, his neighbor’s rocket-propelled grenade launcher, and his vampire attorney, Atticus is ready to sweep the town and show the witchy women they picked the wrong Druid to hex.

City of Ruins by Kristine Kathryn Rusch (Pyr Trade Paperback May 2011) – Sequel to Diving into the Wreck was reviewed at SFFWorld by Dan Bieger late in 2009 and thought it “was very good.” I may jump into this book myself.

Boss, a loner, loved to dive into derelict spacecraft adrift in the blackness of space...

But one day, she found a ship that would change everything—an ancient Dignity Vessel—and aboard the ship, the mysterious and dangerous Stealth Tech. Now, years after discovering that first ship, Boss has put together a large company that finds Dignity Vessels and finds “loose” Stealth Technology.

Following a hunch, Boss and her team come to investigate the city of Vaycehn, where fourteen archeologists have died exploring the endless caves below the city. Mysterious “death holes” explode into the city itself for no apparent reason, and Boss believes Stealth Tech is involved. As Boss searches for the answer to the mystery of the death holes, she will uncover the answer to her Dignity Vessel quest as well—and one more thing, something so important that it will change her life—and the universe—forever.