No new review from me this week, at least yet, but quite a few from other SFFWorlders, which I'll mention below. I finished up On Basilisk Station by David Weber a while back and put together a review, which I'll post to SFFWorld next week. Right now I'm in the middle of Leviathan Wakes and really enjoying it. It started out well, then summarily began to kick serious ass about 150-200 pages into the book. I'll be posting the review to that the following week.

Before jumping aboard Leviathan Wakes, I finished up The Keep by F. Paul Wilson and thoroughly enjoyed the book. Creepy, moody, realistic, great sense of secret history and a true page-turner. Discussion is still relatively light over at the SFFWorld Book Club.

As for this week's reviews, Mark reviewed a plethora of older books. The first of which is a reissue of a book from about a decade ago, Kristin Britain's debut novel Green Rider 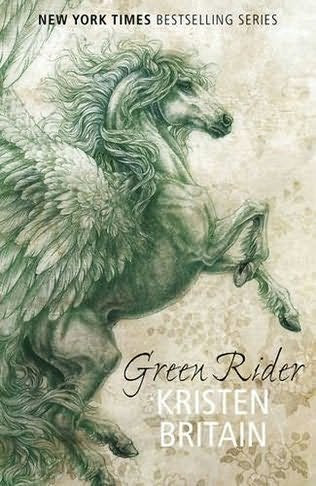 In 1998, Kristen Britain had her first novel published. Now reissued in a lovely re-covered edition, along with the two sequels, First Rider’s Call and The High King’s Tomb (and with the fourth, Blackveil, due in paperback later in 2011), now’s a good time to catch up with the series.

Being over a decade old, perhaps unsurprisingly, my first impression was that Green Rider is determinedly old-fashioned, albeit smoothly written and charmingly positive. Its heroine, Karigan G’ladheon, is clearly heroic in the traditional fantasy sense that she is a young merchant’s daughter with a destiny, to be a Green Rider. Green Riders are King’s Messengers, the fantasy equivalent of the Pony Express, which powers of access above and beyond the normal.

Mark reviewed another, older and perhaps forgotten classic of the genre The Lincoln Hunters by Wilson Tucker 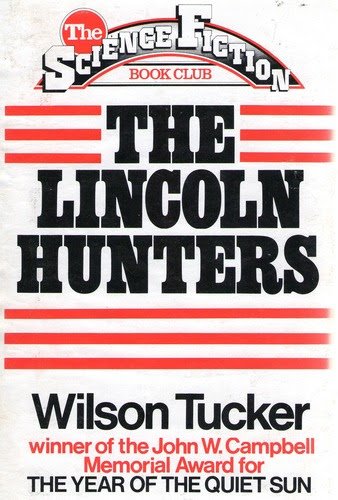 The Lincoln Hunters is one of those worth resurrecting. The tale itself is now seen as rather mundane perhaps, but at the time of its original publication it must have been a great entertainment.

It is essentially a time travel tale. In the rather sterile future of 2578, the company Time Researchers sends people (called ‘Characters’) back in time to record or transcribe famous events for home museums.

On this occasion Benjamin Steward is sent as part of a team to audio-record President Lincoln’s so-called ‘Lost Speech’ of May 19, 1856 in Bloomington, Illinois. This was a speech about slavery that, according to history, was so impassioned that the reporters there forgot to write it down. (Alternatively, it has been suggested that the speech was conveniently lost afterwards due to its controversial content.) 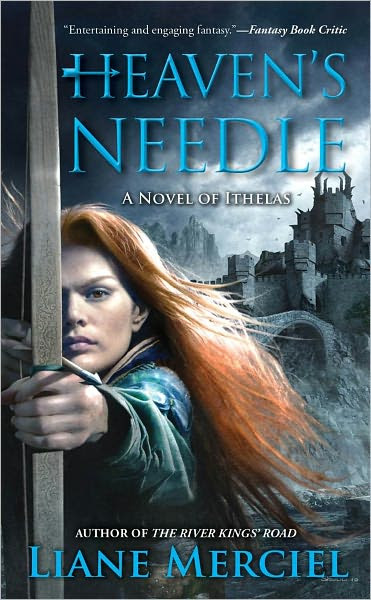 Liane Merciel released a well-crafted debut effort (The River Kings' Road) a little over a year ago, it was a fine effort, in fact an effort that left an indelible imprint which served as a reminder to acquire and read her next work as quickly as reasonably possible. After having just completed the final, and stunning, four hundred and seventy-three pages, I am rather relieved. Perhaps a fear of the worst prevailed as I approached this new work, but happily it can be said that Merciel suffered no sophmore jinx. Heaven's Needle is everything one might have hoped for, and certainly everything Merciel promised it would be in previous interviews.


In Heaven's Needle, Merciel brings back a couple of characters from the first book, Kelland and Bitharn, and a host of new characters. The new characters include a Thornlord of Ang'arta, a sigrir warrior woman of the far northern seas, some novices of Celestia, some tragic, if ethically challenged, victims and a Mad God. Based upon the ending of the first book, it was expected that the next novel of Ithelas was due to take a darker turn - and it sure did that.

The last book Mark/Hobbit reviewed is Greybeard another reissue of a Brian Aldiss Classic: 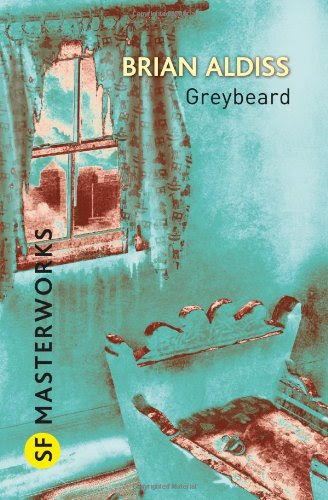 Much of the tale is therefore what we see and what happens to them along the way. Britain’s aging population is now pretty much made up of isolated enclaves, people huddled together to maintain their survival with little or no interest in the outside world.

This might sound depressing and morbid, yet the pages turn quite nicely. There’s a nice combination of things happening in the now and flashbacks to earlier times. I was surprised to recognise a very similar approach and style echoed in what I’ve recently read in David Wingrove’s Chung Kuo series, Son of Heaven. (Though perhaps that should not be too much of a surprise - Wingrove and Aldiss worked together on their non-fiction history of SF, Billion Year Spree in the 1970’s and later Trillion Year Spree in the early 2000’s.)

The context of Greybeard is quite interesting in that Aldiss has been widely quoted as a critic of the popular author of the time, John Wyndham, stating that The Day of the Triffids author was writing ‘cosy catastrophies’.