Taking a page out of Stefan’s book (he runs an excellent blog Far Beyond Reality, I've been clicking over there quite often recently), I’ll be doing very random 50-ish page reactions too books I’m reading. I don't know how often I'll be doing these Random Reaction posts, but here goes...

This subject of today’s ‘reaction’ is The Hangman’s Daughter by Oliver Pötzsch translated by Lee Chadeayne and illustrated by Ben Gibson. 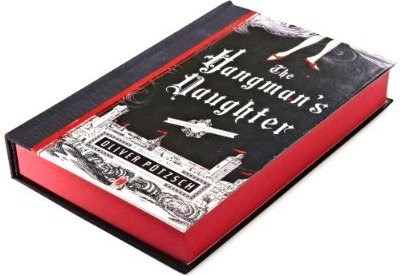 My wife gave this to me for Christmas thinking it might something I would be interested in reading: mystery story, hints of supernatural/witchcraft, set in Germany by a German writer [my mother was born in Germany and I took three years of the language in high school], all wrapped in a beautifully designed package. The version I’m reading is the Deluxe edition from AmazonCrossing (amazon’s imprint focusing on translated works). In short, this gift is just more proof that I've got myself an awesome wife.


I’m just over fifty pages into this novel and I’m hooked. I didn’t doubt I would finish it when I opened it up, but I am enjoying the novel a great deal. Not only is the novel keeping my interests high, the book itself (in a physical sense) is very beautiful. The book is wrapped in a lovely cloth embossed cover. The text and art on the interior pages of the book brings in red as a third color with illustrations throughout that seem ripped from a 17th Century manuscript (the novel takes place in the 17th Century) lending an authentic look to the book. Also, the edges of the paper are red, which further give that bloody accurate look and feel of something historical and authentic. 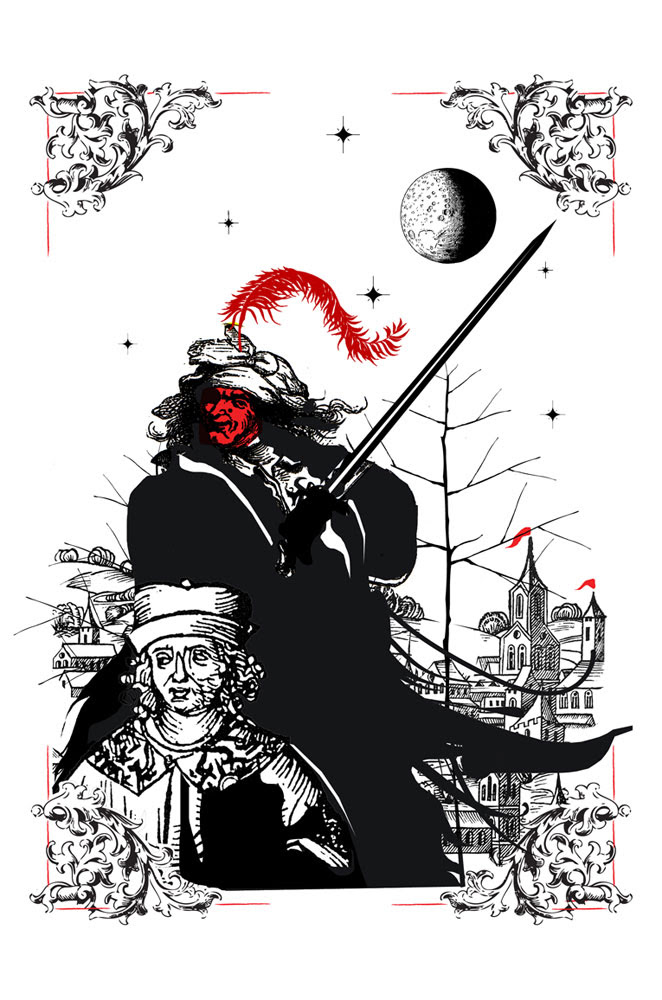 Speaking of authenticity, the author purports that “He himself is a descendant of one of Bavaria's leading dynasties of executioners.”

The novel begins with a prologue featuring a hangman and the son who helps him on an execution day. The novel then jumps about three decades focusing on the son (Jakob Kuisl), who has taken over the father’s role as Hangman. A dying boy is found in a river with strange stab wounds and the mark of a witch on him. The Hangman/Executioner is considered an Important person in the community, he is both respected and disdained. When the village riots at the home of the midwife (Martha Stechlin) who helped to birth the boy found in the water, Jacob puts the woman in prison for her own safety. Other characters featured, thus far, are the titular Hangman’s Daughter Magdalena and Simon, son of the village’s doctor. A touch of potential romance is in the air between the two youths and there's a little hint of conspiracy when Jacob is called to the clerk's office regarding his detaining of Martha.

That’s about where I’m at in the novel now, but as I said, the mystery has me hooked and I am very intrigued about the characters, who at this point in the novel, seem to form the triangle of protagonists.

Though not quite as dark as Jess Bullington's debut, the setting and tone (to a small extent) of The Hangman's Daughter reminds me a bit of The Sad Tale of the Brothers Grossbart.