Only a few books this week here at the o' Stuff, so let's take a look... The Hydrogen Sonata (A novel of The Culture) by Iain M. Banks (Orbit Hardcover 10/09/20129) – Of the four Culture novels I read, two worked for me, two didn’t. I’m seeing lots of good things about this one and it is poised as a Major SF release for 2012..

The Scavenger species are circling. It is, truly, provably, the End Days for the Gzilt civilization.
An ancient people, organized on military principles and yet almost perversely peaceful, the Gzilt helped set up the Culture ten thousand years earlier and were very nearly one of its founding societies, deciding not to join only at the last moment. Now they've made the collective decision to follow the well-trodden path of millions of other civilizations; they are going to Sublime, elevating themselves to a new and almost infinitely more rich and complex existence.

Amid preparations though, the Regimental High Command is destroyed. Lieutenant Commander (reserve) Vyr Cossont appears to have been involved, and she is now wanted - dead, not alive. Aided only by an ancient, reconditioned android and a suspicious Culture avatar, Cossont must complete her last mission given to her by the High Command. She must find the oldest person in the Culture, a man over nine thousand years old, who might have some idea what really happened all that time ago.

It seems that the final days of the Gzilt civilization are likely to prove its most perilous. 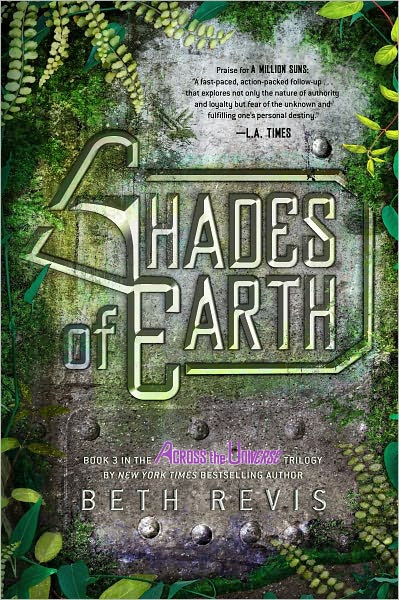 Shades of Earth by Beth Revis (Razorbill , Hardcover 01/15/2013) – Concluding volume of the trilogy which began with Across the Universe and continued with A Million Suns. Also the first review copy I’ve received for a book publishing in 2013

Amy and Elder have finally left the oppressive walls of the spaceship Godspeed behind. They're ready to start life afresh—to build a home—on Centauri-Earth, the planet that Amy has traveled 25 trillion miles across the universe to experience. But this new Earth isn't the paradise that Amy had been hoping for. Amy and Elder must race to uncover who—or what—else is out there if they are to have any hope of saving their struggling colony and building a future together. But as each new discovery brings more danger, Amy and Elder will have to look inward to the very fabric of what makes them human on this, their most harrowing journey yet. Because if the colony collapses? Then everything they have sacrificed—friends, family, life on Earth—will have been meaningless. 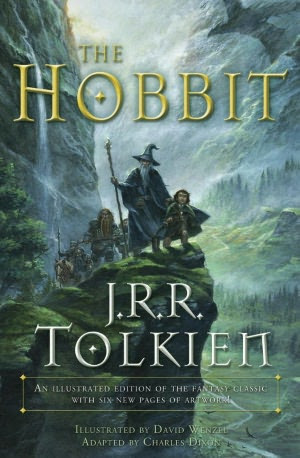 The Hobbit: An Illustrated Edition of the Fantasy Classic by J.R.R. Tolkien, illustrated by David T. Wenzel and adapted byChuck Dixon (Del Rey Trade Paperback 09/26/2012) – The acclaimed adaptation gets a re-release with new art just in time for the film adaptation.

AN ILLUSTRATED EDITION OF THE FANTASY CLASSIC WITH SIX NEW PAGES OF ILLUSTRATIONS!

First published in the United States more than seventy-five years ago, J.R.R. Tolkien’s The Hobbit is one of the best-loved books of all time. Now a blockbuster film by Peter Jackson, Academy Award–winning director of the Lord of the Rings trilogy, The Hobbit was also adapted into a fully painted graphic novel, a classic in its own right, presented here in a new expanded edition.

When Thorin Oakenshield and his band of dwarves embark upon a dangerous quest to reclaim stolen treasure from the evil dragon Smaug, Gandalf the wizard suggests an unlikely accomplice: Bilbo Baggins, a quiet and contented hobbit. Along the way, the company faces trolls, goblins, giant spiders, and worse. But in the end it is Bilbo alone who must face the most dreaded dragon in all Middle-earth—and a destiny that waits in the dark caverns beneath the Misty Mountains, where a twisted creature known as Gollum jealously guards a precious magic ring.

Bilbo Baggins, a respectable, well-to-do hobbit, lives comfortably in his hobbit-hole until the day the wandering wizard Gandalf chooses him to take part in an adventure from which he may never return.
at 10/07/2012