I dip my toes into a newish fantasy world with a tie-in novel and Mark gets some laughs….


The Pathfinder universe is fairly new in the RPG world, at least compared to Warhammer and Dungeons and Dragons. Like those two; however, the folks at Paizo have started publishing original fiction set in the Pathfinder univers, which leads me to Liane Merciel’s mixed bag of a novel Nightglass:

Nightglass tells the story of a wizard coming of age; though in atypical fashion, the young wizard Isiem isn’t exactly a member of House Gryffindor at Hogwarts and the magic of the Midnight Lord might even make Slytherin whimper. At that core, Merciel explores preconceived notions of good and evil and tries to illuminate a character on the dark side of the divide. His initiation into the dark magic of the Midnight Lord of Nidal comprises the first half of the novel. During these ‘training’ sessions Isiem proves to be very adept at learning and there isn’t much of a concern of whether or not he’ll pass his trials, just the stress inherit in being young and experiencing peer pressure. The second half entails his journey out into the world as an emissary investigating the attacks of the strix – winged humanoids – on a mining village. Here also the ‘accepted’ notion of the nature of these creatures comes into scrutiny through Isiem’s experience. Where the emotional tension was stronger in the first half, the sense of frustrating and physical confinement were stronger in the second half of the novel.

Fantasy parodies have been around since well…Bored of the Rings and an author whose been penning quite a few in recent years is Adam Roberts (A.R.R. Roberts). Most recently, his parody of The Hobbit was re-released and SFFWorld’s own Hobbit Mark reviewed it The Soddit: 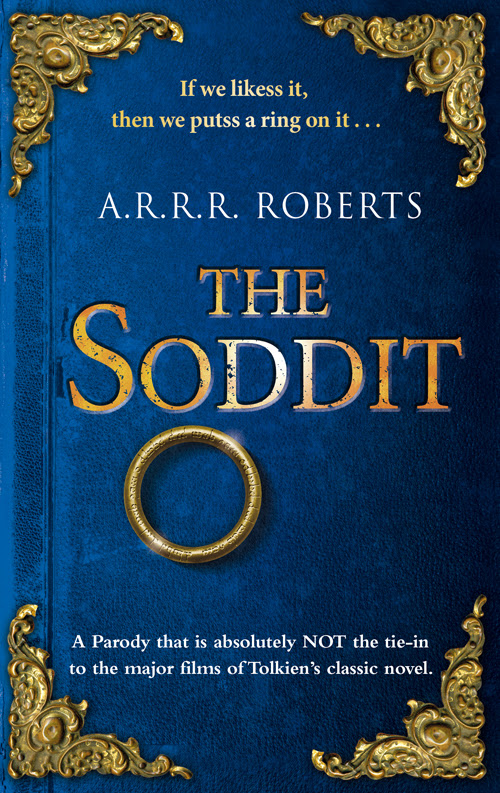 The Soddit tells the tale of Bingo ‘Sac’ Grabbins, the titular soddit. Happy with his life in Hobbld-Ahoy! at Grab End, he is sitting on his comfortable sofa when he is disturbed by the arrival of a wizard, Gandef, the ancient magician who is hard-of-hearing.

150 000 book buyers can’t be wrong. Surely? Well, as if you didn’t work it out from the above, it is very silly, and like all ‘humorous’ books of this nature, some will find it hilarious whilst others will be distinctly unmoved, nay, disdainful of its efforts to entertain. Professor Roberts (no, really!) at Royal Holloway, London University never misses a chance to set up and run with a gag here, and, as you might expect, if one doesn’t quite work for you there’s another along a few sentences later to try again. There is actually some semblance of an intelligent mind at work behind all this tomfoolery, though some may be hard-pressed to see it. These books usually work best with a degree of rational thought behind them, and as a Tolkien Scholar Prof. Roberts has an understanding of the mythology.