Vampires (Mark) and ghosts (me) are the theme of this week’s reviews, appropriate enough one week or so away from Hallowe’en.

Mark is a professed fan of Kim Newman’s Anno Dracula series and he checks in with the reissue of the third installment, Dracula Cha Cha Cha: 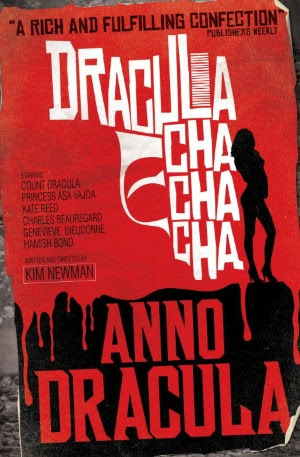 Old Vlad (Count Dracula) is still around and at the start of the book due to marry again – this time to Asa Vajda, Princess of Moldova. Kate Reed, vampyrric super-reporter and erstwhile secret-agent for the mysterious Diogenes Club, is in Rome to meet old friend Charles Beauregarde, now-dying ‘warm blood’ and his vampire lover Genevieve Dieudonne as well as cover this select event.
…
The writing is as lively as ever, the culture references throughout. You don’t have to have read the earlier books to get a gist of what’s going on but I found I did enjoy reading about characters met before and what happens to them here. It is a tale of three women and how events have led to this. It is also a book with a great deal of closure. Originally the last book in the series, there are major developments here, with the death of some key characters and the consequences of those deaths clearly impacting upon the others. This highlights the need to move on and to change, in a world that was rapidly changing anyway. The point is made that the elder vampires are finding this faster, brighter world with global media coverage difficult to live in.


Caitlín R. Kiernan is a writer admired greatly by many, including myself. She weaves stories that blend the dark fantastic and the real seamlessly. Her latest novel, The Drowning Girl, (March 2012) is a tale of haunted people: 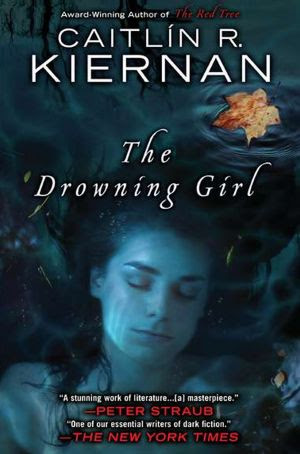 To say that Imp is an unreliable narrator is an understatement and settling down into the novel is not an easy task. Imp writes her stories, tells them to us, but occasionally a person will argue with her about whether or not certain elements of what she wrote should have been included. It isn’t clear to the reader who this argumentative person is, initially, which further enhances the fractured sanity of Imp. The bulk of the story is told from Imp’s point of view; she relates her past, her family all the while moving through a period of her life where she takes in a woman thrown out by her roommate, meets a ghost/mermaid/wolf-girl, and continues to paint. Kiernan also intersperses stories written by Imp into the main narrative.
…
Kiernan explores many heady themes in this novel; perception of reality, gender identification, hereditary legacies, art & the creation of story, the nature of sanity, modes of narrative, and accepting one’s place in the world. The Drowning Girl is a multilayered novel that is by no means linear despite Imp’s attempts to convey her story as such. It isn’t a novel that can be or should be taken at face value.