Ahmed and Cobley Reviewed at SFFWorld

A couple of days later than usual, but we’ve got another debut for Mark’s review and my review is (as it was for last week) the second installment of a trilogy. Our reactions from last week (Mark thumbs down and me big thumbs up) are a bit reversed, though my thumbs aren’t quite as drastically down as Mark’s thumbs.

Mark’s review concerns the Saladin Ahmed’s debut novel Throne of the Crescent Moon, which recently appeared in the UK after appearing in the US earlier in the year (and leaving me very impressed): 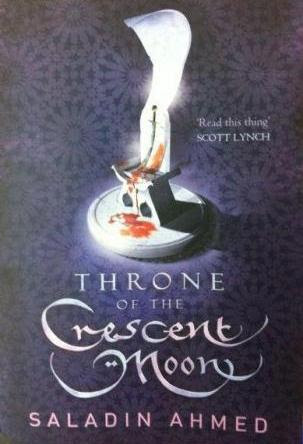 Crescent Moon taps into an area of Fantasy that seems to have fallen out of favour in recent years. With the genre’s concentration on Western pseudo-Medieval type tales, the ancient Arabian Nights type tales, based less on European culture, is ripe for revisiting.

There’s certainly enough here. We have Kingdoms, rebellion, canny thieves and honourable heroes, combined with mystical supernatural elements. It reminded me of those Arabian stories from Weird Tales in the 1930’s, but with a contemporary re-imagining.
…
In talks of gods and religion, ancient evils and older spells, Saladin has tapped into the well-stone of good old-fashioned storytelling in an old established setting of ancient Arabia. This is Arabian Nights meets Clark Ashton Smith but with less purple prose and more adventurous actions.

I enjoyed The Orphaned Worlds the second novel of Michael Cobley’s Humanity’s Fire trilogy, but not quite as much as the first book: 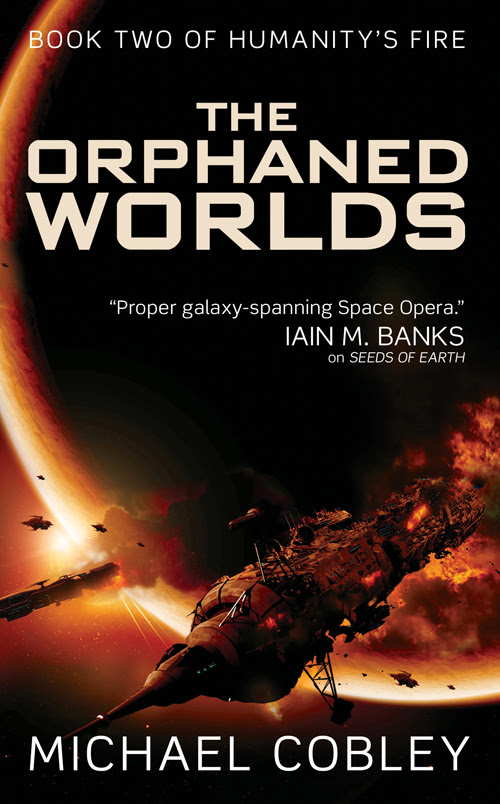 With the universe a-flutter about the discoveries on Darien of potential ancient races and the reuniting of two of humanity’s lost colonies, Cobley paints his story on a very wide canvas and delves further into the past of Darien and the ancient races who may or may not still have their fingers in affairs. While Seeds of Earth focused primarily on the planet Darien and the inhabitants from the seed ship Hyperion and a bit of a focus on the planet of Pyre, populated by of the seed ship Tenebrosa, as well as the final seed ship Forrestal on the planet Tygra.
…
One of the smaller plot strands, at least thus far, is that of Robert Horst, an ambassador from Earth and the artificial intelligence that has taken the form of his daughter. Horst is a tragic and sympathetic character at times, at others desperate to change the past. These sequences show something larger at play than any of the characters, especially Robert himself, could imagine. What I also found intriguing was how Robert’s ‘daughter’ aged as quickly as she did, not remaining at a static age as one would expect a simulated intelligence based on one’s memories to be. Here, I thought, Cobley’s playing with the A.I. trope of SF handled very well and differently than I’d previously seen.