Just three books this week, but they all look VERY interesting, one of which is an absolute must read.

The Daylight War (Demon Cycle #3) by Peter V. Brett Del Rey, Hardcover 11/27/2012) – This is one of my most anticipated 2013 book releases, I really enjoyed the first two installments of the series The Daylight War and The Desert Spear

With The Warded Man and The Desert Spear, Peter V. Brett surged to the front rank of contemporary fantasy, standing alongside giants in the field such as George R. R. Martin, Robert Jordan, and Terry Brooks. The Daylight War, the eagerly anticipated third volume in Brett’s internationally bestselling Demon Cycle, continues the epic tale of humanity’s last stand against an army of demons that rise each night to prey on mankind.

On the night of the new moon, the demons rise in force, seeking the deaths of two men, both of whom have the potential to become the fabled Deliverer, the man prophesied to reunite the scattered remnants of humanity in a final push to destroy the demon corelings once and for all.

Arlen Bales was once an ordinary man, but now he has become something more—the Warded Man, tattooed with eldritch wards so powerful they make him a match for any demon. Arlen denies he is the Deliverer at every turn, but the more he tries to be one with the common folk, the more fervently they believe. Many would follow him, but Arlen’s path threatens to lead to a dark place he alone can travel to, and from which there may be no returning.

The only one with hope of keeping Arlen in the world of men, or joining him in his descent into the world of demons, is Renna Tanner, a fierce young woman in danger of losing herself to the power of demon magic.

Ahmann Jardir has forged the warlike desert tribes of Krasia into a demon-killing army and proclaimed himself Shar’Dama Ka, the Deliverer. He carries ancient weapons—a spear and a crown—that give credence to his claim, and already vast swaths of the green lands bow to his control.

But Jardir did not come to power on his own. His rise was engineered by his First Wife, Inevera, a cunning and powerful priestess whose formidable demon bone magic gives her the ability to glimpse the future. Inevera’s motives and past are shrouded in mystery, and even Jardir does not entirely trust her.

Once Arlen and Jardir were as close as brothers. Now they are the bitterest of rivals. As humanity’s enemies rise, the only two men capable of defeating them are divided against each other by the most deadly demons of all—those lurking in the human heart. 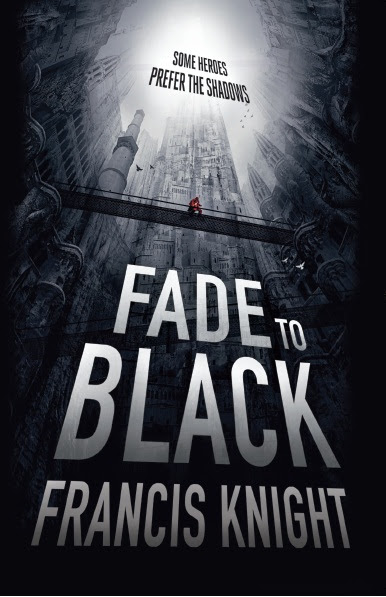 Fade to Black (Rojan Dizon Book One) by Francis Knight (Orbit Trade Paperback 11/13/2012) – Debut novel from Knight which has an interesting concept (a vertical city) in a proven genre (Urban Fantasy in the China Mieville vein). This one looks pretty cool.

From the depths of a valley rises the city of Mahala

It's a city built upwards, not across - where streets are built upon streets, buildings upon buildings. A city that the Ministry rules from the sunlit summit, and where the forsaken lurk in the darkness of Under.

Rojan Dizon doesn't mind staying in the shadows, because he's got things to hide. Things like being a pain-mage, with the forbidden power to draw magic from pain. But he can't hide for ever.

Because when Rojan stumbles upon the secrets lurking in the depths of the Pit, the fate of Mahala will depend on him using his magic. And unlucky for Rojan - this is going to hurt. 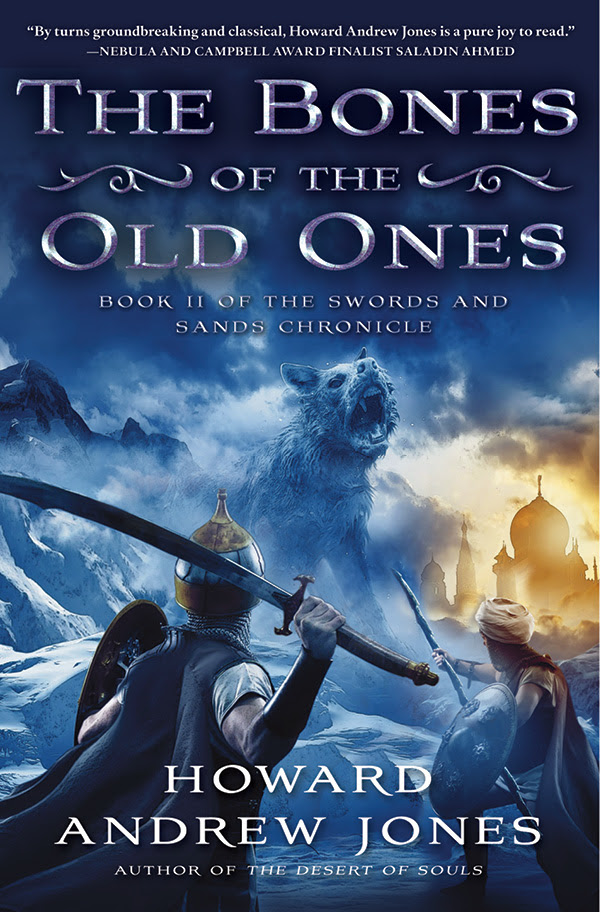 Bones of the Old Ones (Book II of The Swords and Sands Chronicles ) by Howard Andrew Jones (Thomas Dunne Books, Hardcover 12/11/2012) – I’ve seen very good things about Jones’s brand of sword and sorcery duo in The Desert of Souls. Although this is the second in the series, it is billed as a stand alone. Jones has done lots of good things for the fine fantasy magazine Black Gate plus this one has a cool title.

A thrilling, inventive follow-up to The Desert of Souls by Howard Andrew Jones, a "rare master of the storyteller’s art" (Greenmanreview.com)

As a snowfall blankets 8th century Mosul, a Persian noblewoman arrives at the home of the scholar Dabir and his friend the swordsman Captain Asim. Najya has escaped from a dangerous cabal that has ensorcelled her to track down ancient magical tools of tremendous power, the bones of the old ones.

To stop the cabal and save Najya, Dabir and Asim venture into the worst winter in human memory, hunted by a shape-changing assassin. The stalwart Asim is drawn irresistibly toward the beautiful Persian even as Dabir realizes she may be far more dangerous a threat than anyone who pursues them, for her enchantment worsens with the winter. As their opposition grows, Dabir and Asim have no choice but to ally with their deadliest enemy, the treacherous Greek necromancer, Lydia. But even if they can trust one another long enough to escape their foes, it may be too late for Najya, whose soul is bound up with a vengeful spirit intent on sheathing the world in ice for a thousand years...