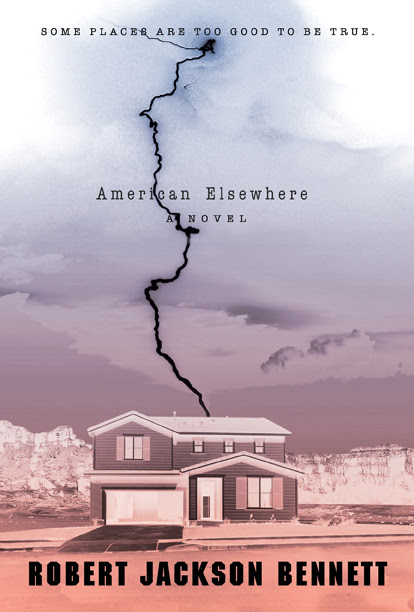 American Elsewhere by Robert Jackson Bennett (Orbit Trade Paperback  02/12/2013) – With The Troupe, Robert Jackson Bennett may have written my favorite novel of 2012 (hint: he did) and one of the best novels I read in the past five or ten years so yeah, you could say this is high on the anticipation list for 2013.

Ex-cop Mona Bright has been living a hard couple of years on the road, but when her estranged father dies, she finds she's had a home all along: a little house her deceased mother once owned in Wink, New Mexico.

And though every map denies Wink exists, Mona finds they're wrong: not only is Wink real, it is the perfect American small town, somehow retaining all the Atomic Age optimism the rest of world has abandoned.

But the closer Mona gets to her mother's past, the more she understands that the people in Wink are very, very different - and what's more, Mona begins to recognize her own bond to this strange place, which feels more like home every day. 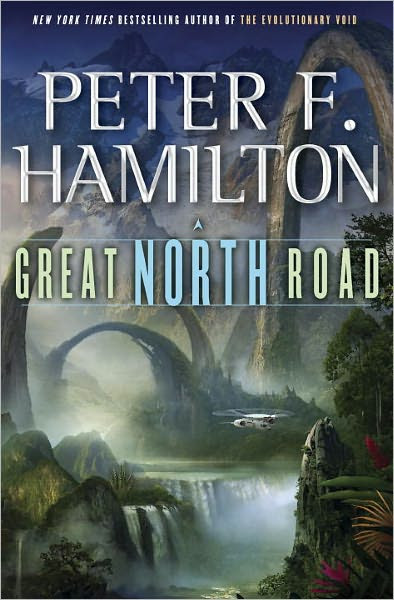 The Great North Road by Peter F. Hamilton. (Del Rey Hardcover 12/26/2012) – Hamilton’s latest epic is a standalone (much like his superb Fallen Dragon).  The book is out in the UK and Mark/Hobbit had some good things to say.

A century from now, thanks to a technology allowing instantaneous travel across light-years, humanity has solved its energy shortages, cleaned up the environment, and created far-flung colony worlds. The keys to this empire belong to the powerful North family—composed of successive generations of clones. Yet these clones are not identical. For one thing, genetic errors have crept in with each generation. For another, the original three clone “brothers” have gone their separate ways, and the branches of the family are now friendly rivals more than allies.

Or maybe not so friendly. At least that’s what the murder of a North clone in the English city of Newcastle suggests to Detective Sidney Hurst. Sid is a solid investigator who’d like nothing better than to hand off this hot potato of a case. The way he figures it, whether he solves the crime or not, he’ll make enough enemies to ruin his career.

Yet Sid’s case is about to take an unexpected turn: because the circumstances of the murder bear an uncanny resemblance to a killing that took place years ago on the planet St. Libra, where a North clone and his entire household were slaughtered in cold blood. The convicted slayer, Angela Tramelo, has always claimed her innocence. And now it seems she may have been right. Because only the St. Libra killer could have committed the Newcastle crime.

Problem is, Angela also claims that the murderer was an alien monster.

Now Sid must navigate through a Byzantine minefield of competing interests within the police department and the world’s political and economic elite . . . all the while hunting down a brutal killer poised to strike again. And on St. Libra, Angela, newly released from prison, joins a mission to hunt down the elusive alien, only to learn that the line between hunter and hunted is a thin one. 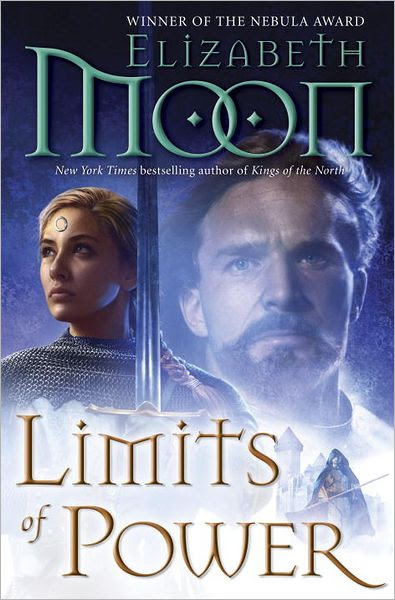 Limits of Power (Book Four of Paladin’s Legacy) by Elizabeth Moon (Del Rey Hardcover 02/21/2012) – I liked the first two in this series (Oath of Fealty and Kings of the North) quite a bit and last year I read (and thoroughly enjoyed) the first trilogy set in this world, The Deed of Paksenarrion) which is now in my Omnibus Hall of Fame [© PeterWilliam]. For reasons that I can’t explain even to myself, I didn’t yet get around to reading the third installment, Echoes of Betrayal. Hopefully, I’ll catch up in early 2013

Elizabeth Moon is back with the fourth adventure in her bestselling fantasy epic. Moon brilliantly weaves a colorful tapestry of action, betrayal, love, and magic set in a richly imagined world that stands alongside those of such fantasy masters as George R. R. Martin and Robin Hobb.

The unthinkable has occurred in the kingdom of Lyonya. The queen of the Elves—known as the Lady—is dead, murdered by former elves twisted by dark powers. Now the Lady’s half-elven grandson must heal the mistrust between elf and human before their enemies strike again. Yet as he struggles to make ready for an attack, an even greater threat looms across the Eight Kingdoms.

Throughout the north, magic is reappearing after centuries of absence, emerging without warning in family after family—rich and poor alike. In some areas, the religious strictures against magery remain in place, and fanatical followers are stamping out magery by killing whoever displays the merest sign of it—even children. And as unrest spreads, one very determined traitor works to undo any effort at peace—no matter how many lives it costs. With the future hanging in the balance, it is only the dedication of a few resolute heroes who can turn the tides . . . if they can survive.