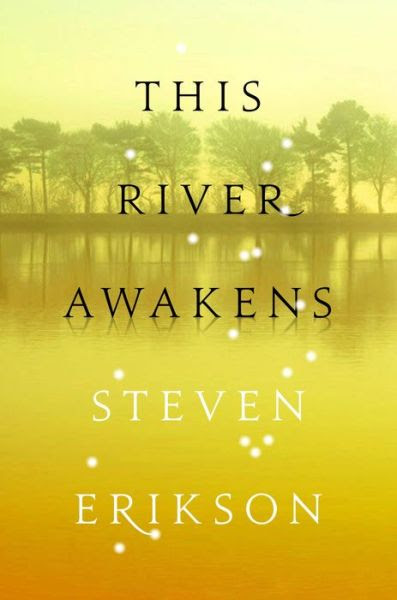 
In the spring of 1971, Owen Brand and his family move to the riverside town of Middlecross in a renewed attempt to escape poverty. For twelve-year-old Owen, it's the opportunity for a new life and an end to his family's isolation. He quickly falls in with a gang of three local boys and forms a strong bond with Jennifer, the rebellious daughter of a violent, alcoholic father. As summer brings release from school, two figures preside over the boys' activities: Walter Gribbs, a benign old watchman at the yacht club, and Hodgson Fisk, a vindictive farmer tormented by his past. Then the boys stumble on a body washed up on the riverbank—a discovery whose reverberations will result, as the year comes full circle, in a cataclysm that envelops them all….

Email ThisBlogThis!Share to TwitterShare to FacebookShare to Pinterest
Labels: Books in the Mail, Steven Erikson, Tor