The SFFWorld Blog (and reinvigorated SFFWorld main site) have seen a flurry of new content posted over the past couple of weeks, some reviews from Mark and me, plus a new interview.

Earlier in the week, I posted my review to what is likely to be the most impressive debut fantasy novel of 2013, Anthony Ryan's Blood Song: 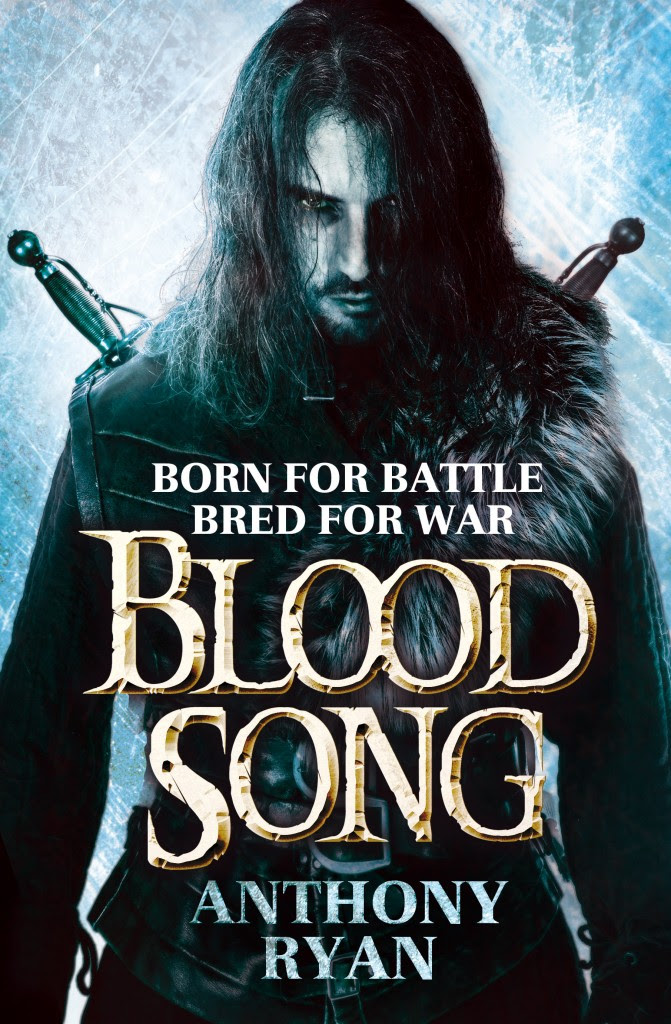 Much of the novel follows the growth of Vaelin from a blank slate of a young child to a hardened warrior trained by the Order in the art of war and combat. Vaelin distinguishes himself early, gaining the respect of his peers and making close ties with a handful of boys, much like (I assume) soldiers would bond during their military training. Vaelin comes to think of these peers as his brothers, Barkus, Caenis, Dentos, and Nortah. The bonds of trust and respect that develop between these young men are strengths of Ryan’s narrative on full display throughout the novel. One writer I’ve always felt who handles such bonds of friendship between youthful characters is Stephen King (The Body, Hearts in Atlantis, for example) and here, Ryan captures that bond just as powerfully.
...
Ryan’s style is somewhat relaxed and paced extremely well. I was lulled into the novel with Ryan’s almost conversational tone which kept me reading as the strength of the narrative’s power clung to me very strongly. The framing device, a chronicler hearing the legend of the man from the legend himself, utilized allows for an unreliability to set in as the novel progressed. Questions the historian Someren asks don’t exactly match with the narrative it seems Vaelin is telling in the framed sections of the novel. Unreliable narrators work best when this unreliability comes through subtly, and like Rothfuss and Gene Wolfe before him, Ryan pulls off this balance quite well.

I read and loved James K. Decker's The Burn Zone earlier in the year and it will likely go down as a top SF read for me this year.  As such (and with a pending Author Roundtable with him, T.C. McCarthy and a yet unnamed author).  Here's the link to the interview: 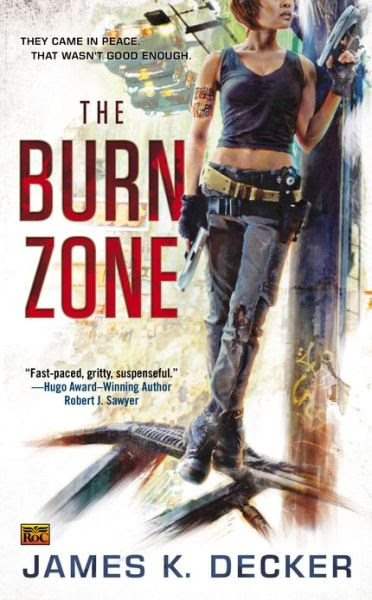 For folks who are on the fence about reading The Burn Zone what would you tell them to push them over the edge to read the book?

As a science fiction fan, I feel like not enough science fiction attempts to go out a little bit on a limb. My editor informed me that The Burn Zone was totally different from anything they had in the works when release time came – I wasn’t sure if that was meant as a good thing or if they were nervous about it, but I am a science fiction fan, and I love works that make an effort to be different. There is violence in The Burn Zone to be sure, and yes, there are aircar chases and action sequences, but underneath all that is the story of real people with real world problems that matter. Come out and join me on the limb, it will totally hold us all.

Mark posted a review of the classic (and IMHO, the best modern) vampire novel I am Legend by the late Richard Matheson: 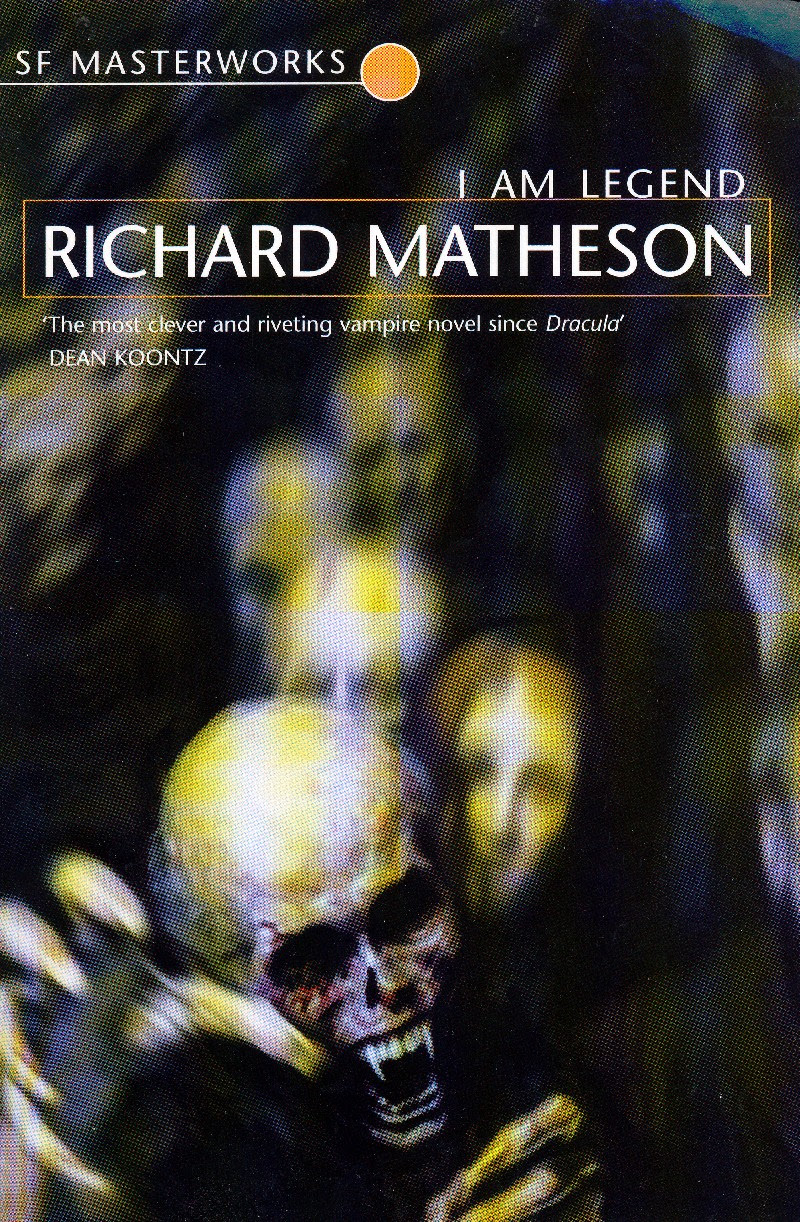 The story is pretty straightforward. Starting in (a future) 1976, the story concerns itself with Robert Neville, the last surviving human in a world of vampires. Every night his barricaded house in Los Angeles is surrounded by vampires who wish to claim him and spend their time shouting at him to come out. His days are spent repairing the damage from the previous night, collecting provisions and trying to find a cure for the mysterious vampire illness that seems to have appeared almost overnight. As the book develops, Neville realises that he must find a cure if he is to survive.

Surprisingly to me, I hadn’t realised when I first read it that this was Matheson’s first published novel. Though he went on to write Hell House and The Incredible Shrinking Man, as well as scripts for The Twilight Zone and films, for a first book this is startlingly frank - a dark and angry novel. Though not perfect, for a debut novel it is stunning. The prose is stark, simple and yet effective. It is a masterwork of the minimal, one of those books that says more by saying less, bluntly and directly.

Mark also had a look at the behind-the-scenes / art book for the forthcoming film, Pacific Rim: Man, Machines, & Monsters: 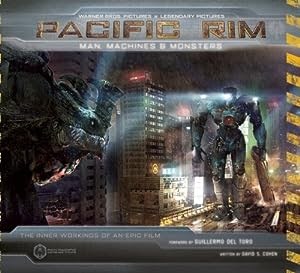 This book shows that he clearly enjoyed the experience. The robots, monsters, cities, boats and other vehicles from the film are all shown here in various guises, in quite some detail. Although there’s the odd film picture, the book also shows a lot of obligatory behind the scenes photos of the film’s quite colossal production.

To the book itself, then. Presumably like the film, it is a lavish production – quality stock, lots of full-colour pictures throughout, and some lovely big versions that would look terrific framed. The attention to detail is very pleasing. The book has lots of little items stuck into the book throughout, that the inner fanboy/girl will love. There’s posters in an envelope at the back, Jaeger stickers, alien diagram pullouts, identity cards, blueprints of all the main robots, a page from Guillermo’s notebook. It’s the sort of thing you can imagine being paraded proudly in the school playground, although the reader may find them a little fiddly and annoying, even when they look great.