Very strangely, a little over a year ago, I received the predecessor series books to two of these two. Last year, those were the only two books I received. Also in a strange twist of fate, about a month ago I recieved the arc of Tower Lord and the first book in Molles's Remaining series and this week I received the final copy of Tower Lord and the second book in Molles's Remaining series.

Earth Awakens (The First Formic War #3) by Orson Scott Card and Aaron Johnston (Tor Hardcover 06/10/2014)– Third in the pre-Ender series from Card and Johnston, which is publishing nearly exactly a year after the previous volume.

The story of The First Formic War continues in Earth Awakens.

Nearly 100 years before the events of Orson Scott Card’s bestselling novel Ender’s Game, humans were just beginning to step off Earth and out into the Solar System. A thin web of ships in both asteroid belts; a few stations; a corporate settlement on Luna. No one had seen any sign of other space-faring races; everyone expected that First Contact, if it came, would happen in the future, in the empty reaches between the stars. Then a young navigator on a distant mining ship saw something moving too fast, heading directly for our sun.

When the alien ship screamed through the solar system, it disrupted communications between the far-flung human mining ships and supply stations, and between them and Earth. So Earth and Luna were unaware that they had been invaded until the ship pulled into Earth orbit, and began landing terra-forming crews in China. Politics and pride slowed the response on Earth, and on Luna, corporate power struggles seemed more urgent than distant deaths. But there are a few men and women who see that if Earth doesn’t wake up and pull together, the planet could be lost. 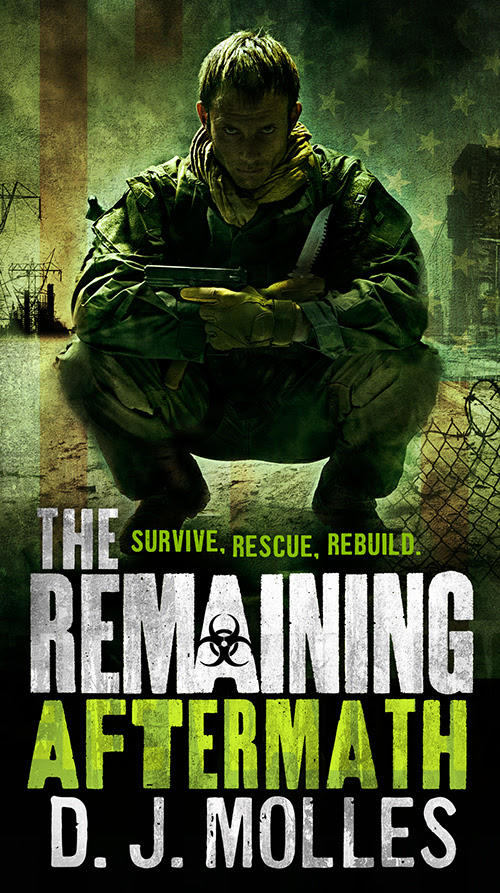 The Aftermath (Volume 2 of The Remaining) by DJ Molles (Orbit, Paperback 06/24/2014) – Second in Molles Zombie Apocalypse / Military Science Fiction mash-up. This might be perfect pool-side reading over the summer. This one publishes nearly exactly a month (less 3 days) from book 1

To Captain Lee Harden, the mission to rescue his countrymen and rebuild the nation seems like a distant memory.

Wounded and weaponless, he has stumbled upon a group of survivors who may be his last hope. But a tragedy in the group causes a deep rift and forces him into action.


And in the chaos of a world overrun by infected, Lee is pursued by a new threat: someone who will stop at nothing to keep him from his sworn duty. 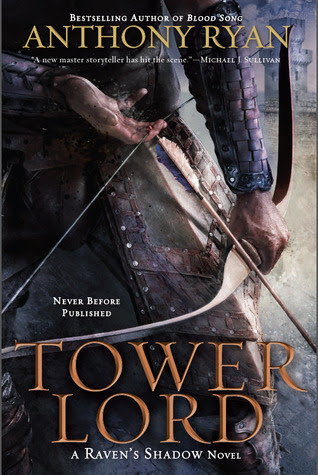 Tower Lord (Raven’s Shadow Book Two) by Anthony Ryan (Ace Hardcover 07/02/2013) – Second novel in Anthony’s series, the first of which was his debut Blood Song which blew me away last year. This is the final version of the ARC which arrived about a month ago. My reading plans are pretty tied up for the immediate future, but as soon as those are finalized, this will be one of the first books I jump into.

“The blood-song rose with an unexpected tune, a warm hum mingling recognition with an impression of safety. He had a sense it was welcoming him home.”

Vaelin Al Sorna, warrior of the Sixth Order, called Darkblade, called Hope Killer. The greatest warrior of his day, and witness to the greatest defeat of his nation: King Janus’s vision of a Greater Unified Realm drowned in the blood of brave men fighting for a cause Vaelin alone knows was forged from a lie. Sick at heart, he comes home, determined to kill no more.

Named Tower Lord of the Northern Reaches by King Janus’s grateful heir, he can perhaps find peace in a colder, more remote land far from the intrigues of a troubled Realm. But those gifted with the blood-song are never destined to live a quiet life. Many died in King Janus’s wars, but many survived, and Vaelin is a target, not just for those seeking revenge but for those who know what he can do.

The Faith has been sundered, and many have no doubt who their leader should be. The new King is weak, but his sister is strong. The blood-song is powerful, rich in warning and guidance in times of trouble, but is only a fraction of the power available to others who understand more of its mysteries. Something moves against the Realm, something that commands mighty forces, and Vaelin will find to his great regret that when faced with annihilation, even the most reluctant hand must eventually draw a sword. 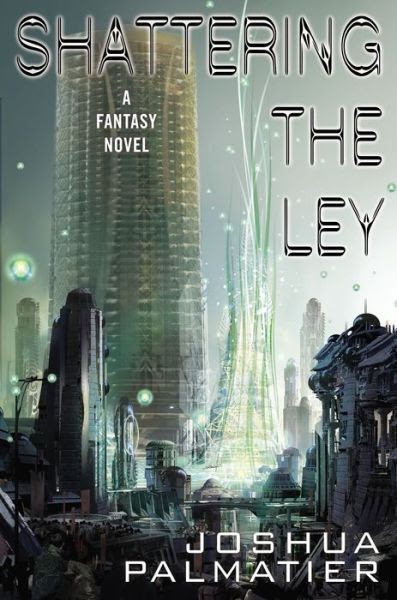 Shattering the Ley (Erenthal #1) by Joshua Palmatier (DAW, Hardcover 07/01/2014) –A brand new series for Palmatier whose work I’ve read and enjoyed. This cover is really eye catchy (though the fonts could use a little work).


Erenthrall—sprawling city of light and magic, whose streets are packed with traders from a dozen lands and whose buildings and towers are grown and shaped in the space of a day.

At the heart of the city is the Nexus, the hub of a magical ley line system that powers Erenthrall. This ley line also links the city and the Baronial plains to rest of the continent and the world beyond. The Prime Wielders control the Nexus with secrecy and lies, but it is the Baron who controls the Wielders. The Baron also controls the rest of the Baronies through a web of brutal intimidation enforced by his bloodthirsty guardsmen and unnatural assassins.

When the rebel Kormanley seek to destroy the ley system and the Baron’s chokehold, two people find themselves caught in the chaos that sweeps through Erenthrall and threatens the entire world: Kara Tremain, a young Wielder coming into her power, who discovers the forbidden truth behind the magic that powers the ley lines; and Alan Garrett, a recruit in the Baron’s guard, who learns that the city holds more mysteries and more danger than he could possibly have imagined . . . and who holds a secret within himself that could mean Erenthrall’s destruction — or its salvation.

I just can't do Card, but Tower Lord and Shattering the Ley both look interesting.

My Stacking the Shelves.