In lieu of a regular Books in the Mail post today, I’m switching it up slightly. You see, no new review books arrived this week, so I’ll talk about the books I picked up at The Book Trader recently after trading in some books I’ve had for over a couple of years and never read (or plan to read). As I’ve opined in other posts, The Book Trader (once in Rahway, NJ now a few miles down the road and a right turn away in Colonia, NJ) is the used bookshop against which I judge all others. I can always find good books there, and more often than not, the majority of the specific books I’m trying to find, plus the occasional gem I wasn’t expecting or a book or two I didn't realize I was looking for until I saw it on one of their shelves. So, what did I pick up on this little trip? You might notice a theme or two. First the snapshot of the books followed by the explanations. 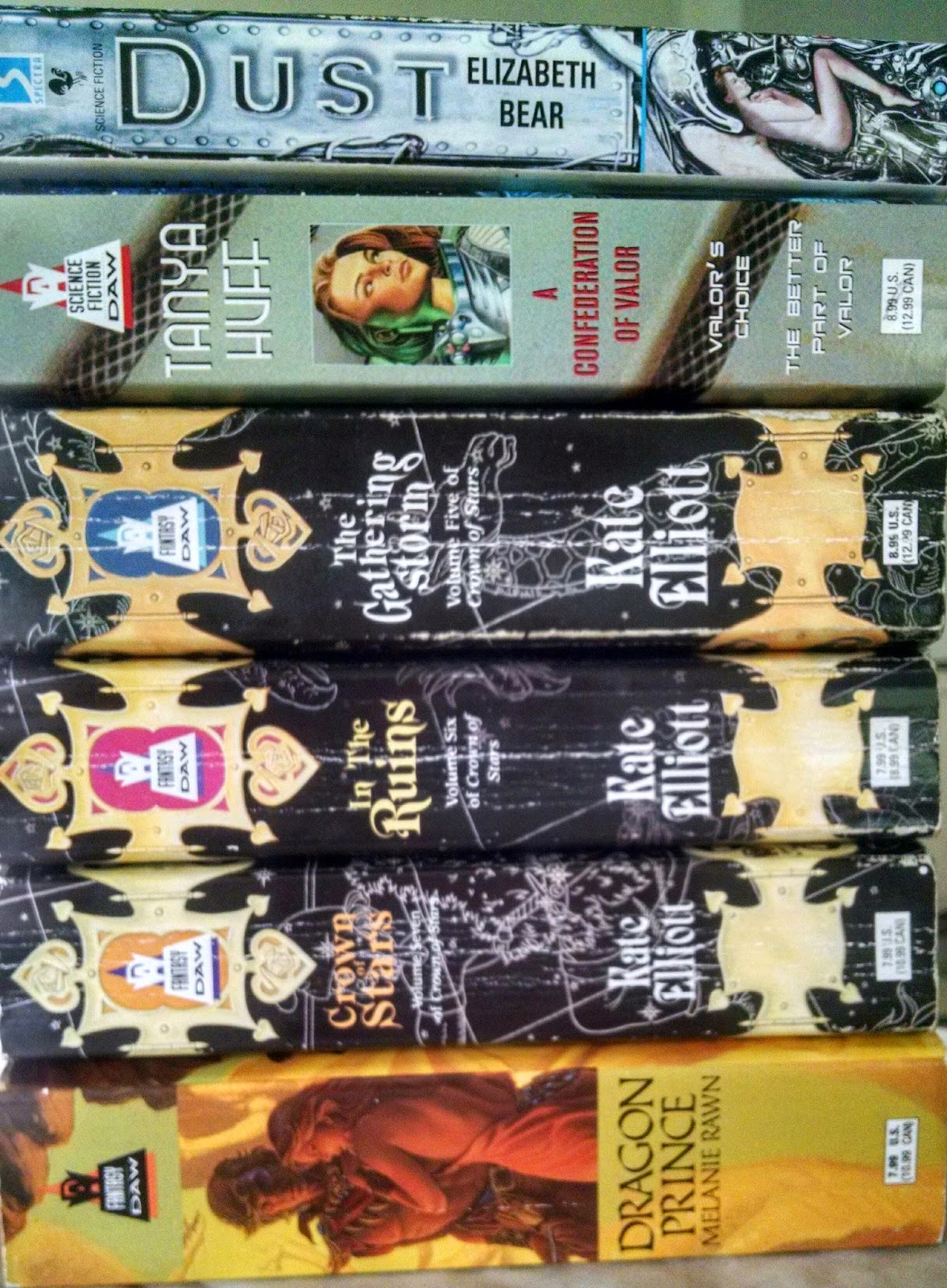 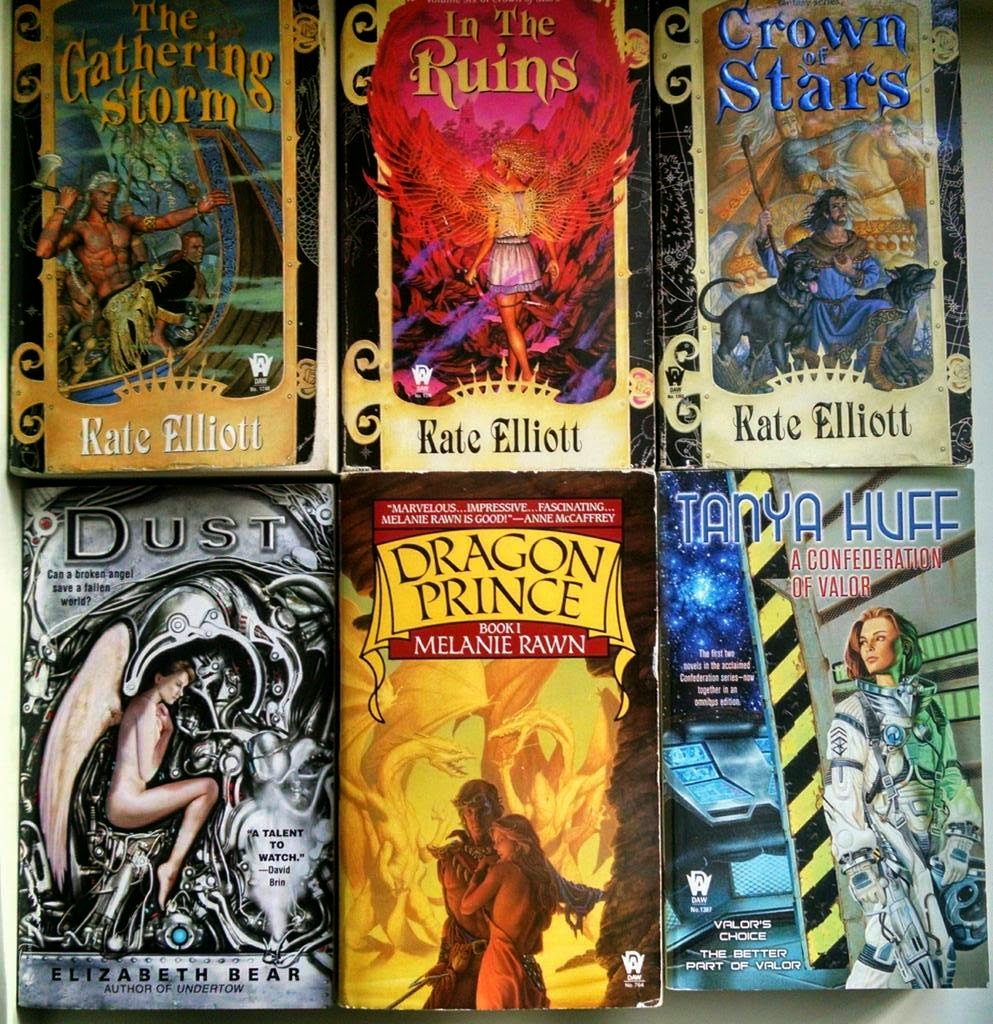 After reading and enjoying Elizabeth Bear’s fantasy, I wanted to try a novel-length science fiction novel from her. This book, Dust just jumped out at me from the shelves. Here’s the blurb/book description:

On a broken ship orbiting a doomed sun, dwellers have grown complacent with their aging metal world. But when a serving girl frees a captive noblewoman, the old order is about to change....

Ariane, Princess of the House of Rule, was known to be fiercely cold-blooded. But severing an angel’s wings on the battlefield—even after she had surrendered—proved her completely without honor. Captive, the angel Perceval waits for Ariane not only to finish her off—but to devour her very memories and mind. Surely her gruesome death will cause war between the houses—exactly as Ariane desires. But Ariane’s plan may yet be opposed, for Perceval at once recognizes the young servant charged with her care. 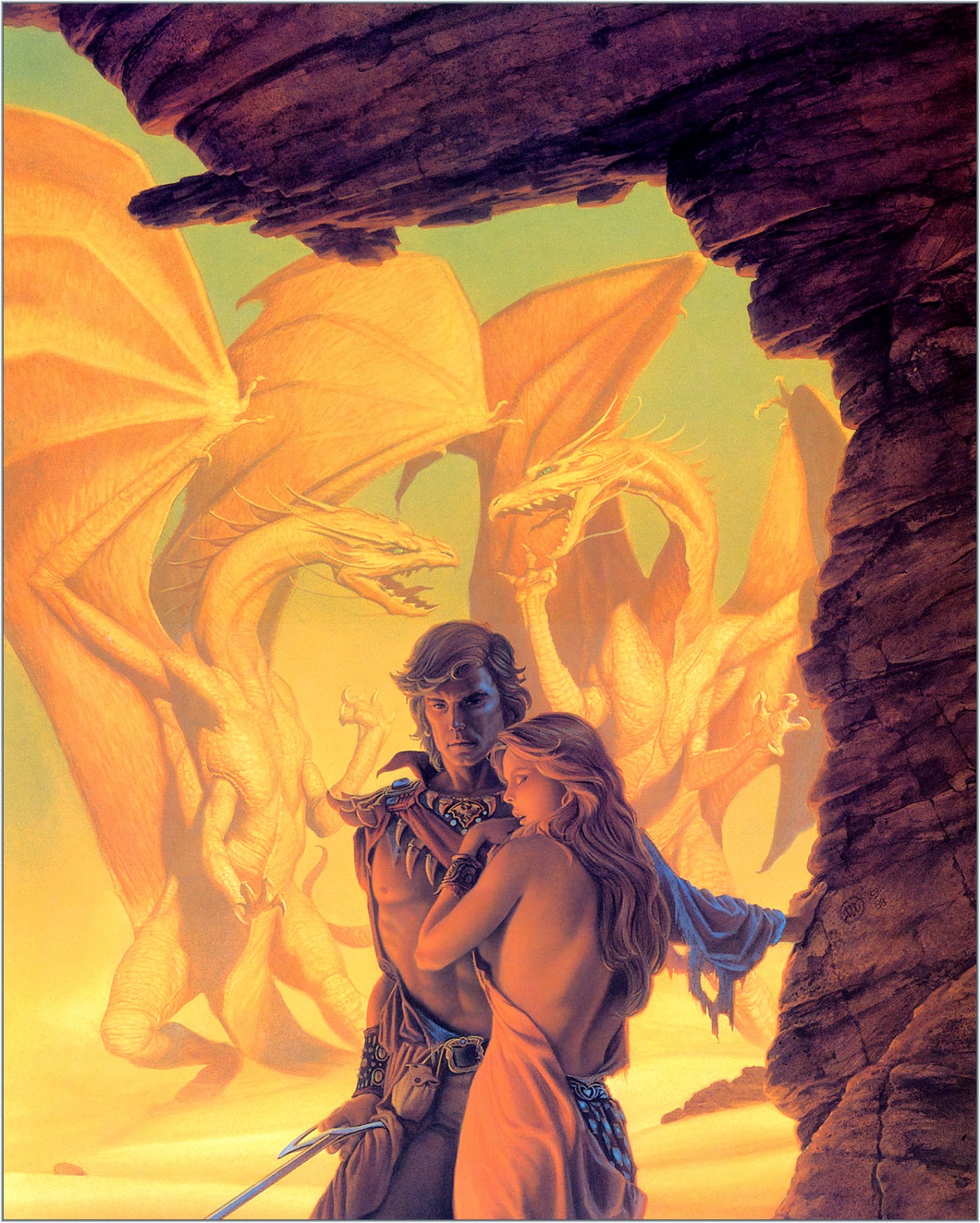 One author on my hunting list was Melanie Rawn and her Big Fat Fantasy saga, The Dragon Prince Trilogy, which fittingly enough, begins with Dragon Prince. Rawn and this book is another writer/series I’ve been intending to read for years, many years, for a few reasons.

Quite a few people spoke pretty well of her, specifically these books, in the SFFWorld forums, where I've been virtually hanging out for the better part of a decade and a half.

Joe Sherry (a blogger pal whose opinion I trust quite well, who also happens to be a beer snob and a bowler like me) holds these books in high esteem, and one of my primary web publishers, Tor.com, is running a re-read of the series. It doesn’t hurt that the book is adorned in a classic Michael Whelan cover.

While the second and third book of this series (The Star Scroll and Sunrunner's Flame) were both on the shelf, I wanted to hold off to make sure I liked this one enough to continue. Also, see the other books I acquired on this trip.

I love me some omnibus books and few publishers keep their authors in print as well as DAW with their omnibus editions.  Confederation of Valor, an omnibus of the first two Confederation Military SF novels from Tanya Huff. In this case, Tanya Huff is somebody I’ve had on my mental to read list for a while. I picked up The Silvered earlier this year at Brandon Sanderson’s signing I attended in Philadelphia, PA based on Joshua Bilmes’s recommendation post at SF Signal. He’s also her agent, and I’ve come to learn that I really enjoy a majority of his client authors (i.e. Elizabeth Moon, Myke Cole, Peter Brett, Brandon Sanderson, Sylvia Izzo Hunter to name only a few). 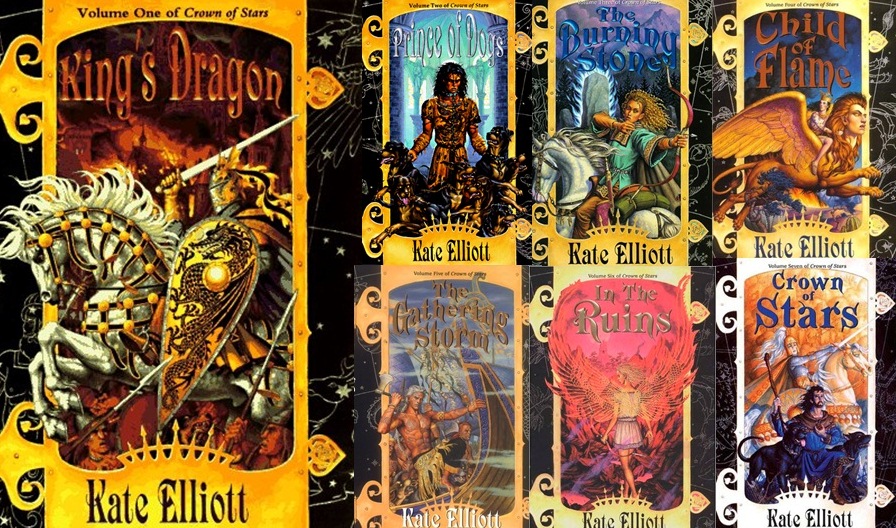 Last and certainly not least was the big score, the three books I had at the top my my hunting list on this trip: books 5, 6, and 7 of Kate Elliott’s Crown of Stars series, The Gathering Storm, In the Ruins, and Crown of Stars respectively. I’ve been intending to finish reading the series for years  and I last read book 4 (Child of Flame) about a decade ago. This was just before review copies began to arrive in droves and drown out other books I intended to read. I recall really enjoying what I read of the series, I remember a very magical aura and feel to these books.

I picked up the second book, Prince of Dogs, at JerseyDevilCon back in 2002 from one of the dealers. Much to my pleasant surprise, the book was a signed by Kate Elliott.

Also, following Kate on twitter and especially after her recent appearance on Rocket Talk, I wanted even more to get reconnect and catch-up with the series, so next year I’m planning to make Crown of Stars my re-read-and-catch-up series. I might even blog about it as I read through the series. I know, us biblioholics and our silly notions of "reading plans."

I'm a big fan of both Kate Elliott's work and Elizabeth Bear's. Dust is an interesting novel, and I think the Crown of Stars series doesn't get enough credit...

Regarding CROWN OF STARS I agree. Book 1 KING'S DRAGON was *only* shortlisted for the Nebula Award.

Nice haul! I loved Rawn's first 2 trilogies, so I envy you having the chance to enjoy them from the start. Kate's series is one I've been meaning to read, with 2 of those fat paperbacks sitting on my shelf.

Here's how I Stacked the Shelves this week.

Hope you like Dragon Prince, Rob. I've been following the re-read, and I can see some of the criticisms of things that don't play the same in 2014, but in retrospect, Rawn was doing some great stuff and it still holds up well. That was vague, but if you're not following the re-read, I'd hate to spoil for you.

If I don't like Dragon Prince I am so totally coming after you Joe.