Today’s post will be a little different than the usual fare here at the ‘o Stuff considering I don’t write about sports that much. Hell, outside of SFF, the only thing I’ve posted about consistently is my dog. I know sports and SFF don’t always intersect, but I know some of my fellow SFF geeks are sports fans. Others…aren’t. 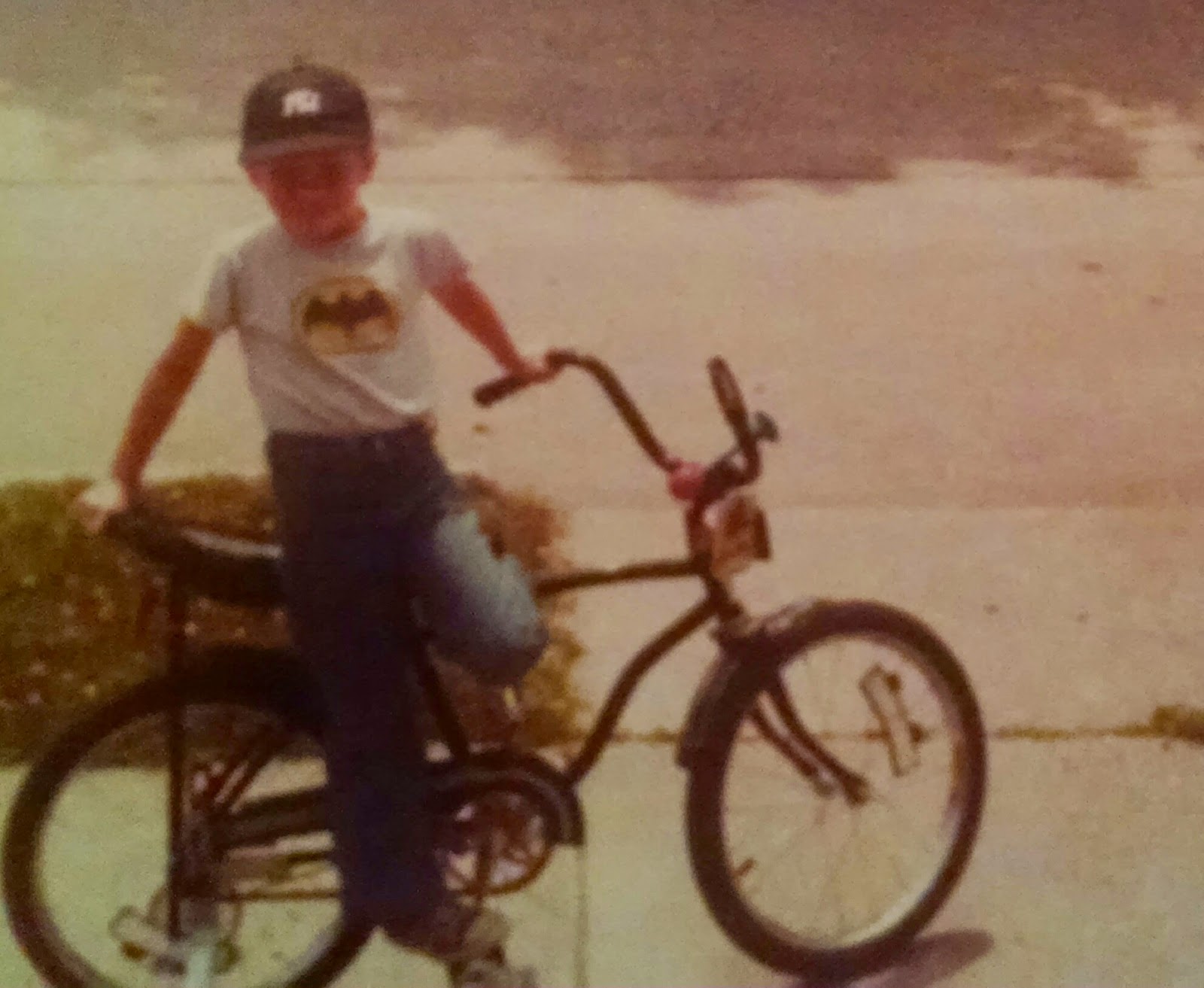 I have been a fan of the New York Yankees my entire life (and a Batman fan, too), I may have been three years old when my parents took me to my first game and I recall going to Helmet day during a very rainy day as one of my first baseball memories and memories overall. If I was three years old, then that puts my first Yankees game in 1978, when they were in the midst of their second Championship season in a row. It was a long time before they would return to the World Series and win it in 1996, the intervening years were not that great, to put it mildly. There were some highlights, for sure. Dave Righetti’s no-hitter against the Boston Red Sox on the fourth of July in 1983, with Wade Boggs striking out to end the game is a big one. The following year, the emergence of Don Mattingly as the face of the franchise and his run for the batting title to the last day of the season with teammate Dave Winfield. Then…not much else, sure Righetti converted to closer and broke the single season record for saves. The Yankees had another no-hitter thrown by Andy Hawkins, which they lost.

That’s a lot of preamble to get to 1995 and the debut of Derek Jeter, and him being awarded the everyday shortstop role in 1996. How did he handle that role in 1996? Oh, he only won the American League Rookie of the Year Award. Like many, I immediately couldn’t help but love him as a player, appreciate his skill and heart. He and I are also the same age, he was born in NJ, and grew up a Yankees fan. As if I needed any other reason to identify with him and root for him. With Dave Winfield as one of his favorite players (a Hall of Famer in his own right), Derek took it upon himself to start the Turn 2 Foundation his rookie year, before he was a multi-millionaire. He helped the Yankees get through the playoffs (and Jeffery Maier may have helped Derek just a bit in the ALCS) into the World Series to beat the Braves for their first championship in nearly 20 years. To put it another way, I lost my mind and I think a cloud of my screams of excitement after Charlie Hayes made that catch is still hanging over New Brunswick, NJ. My voice hasn’t been the same since October 26, 1996.  From that point on, the expectations of greatness for the Yankees was always high.  My then fiance and now wife and I went to a few games a year and to playoff games during this run. We came out, announced as Mr. and Mrs. Bedford to the "Here Come the Yankees" song and our ice sculpture at our wedding was the interlocking NY.

Jeter was an emerging superstar, which was further cemented when Michael Jordan hand-picked Jeter as the first athlete to endorse the Jumpman Nike brand. Jeter would go on to help the Yankees appear in five more World Series in old Yankee Stadium, the House that Ruth Built and win three of them in a row. Jeter’s critics like to say he’s overrated, he doesn’t put up numbers he hasn’t won a regular-season MVP (he finished 3rd in final voting from 1998-2000 and he was second in 2006 when many thought he should have won). How about the fact that he’s (thus far) the only player to win the All Star MVP and World Series MVP in the same season? The nickname "Mr. November" has been given to him, both because he is the first player to hit a home-run in November, has a .351 World Series batting average, (and .309 in the postseason overall). Not too shabby, these numbers gave rise to Jeter’s other nickname “Captain Clutch,” because he always rises to the occasion. His 3,000th hit? A home run. How does he finish his final game at Yankee Stadium? With a walk-off hit in the bottom of the ninth inning.

While it would have been as fun to watch Jeter play while I was a younger fan, I think the fact that he was on the Yankees when he was allowed me to truly appreciate what a special player he was. The younger me might not have realized the level of greatness and legendary player we as Yankees fans had the opportunity to watch play every day from May through October (except three years when it was through September).

As great as his on-field accomplishments have been, Jeter has been a model athlete. He plays the game hard, he played the game the way it should have been played. He never got into trouble and he did the impossible for a NY athlete – he (along with manager Joe Torre) helped to soften George M. Steinbrenner AKA “The Boss.” Steinbrenner often focused his ire on his star players, hiring private investigators to spy on Dave Winfield and telling Don Mattingly he needed to cut his hair. The one time The Boss criticized Jeter (for partying too late) they turned it into a credit card commercial. Jeter also “dated” quite a few Hollywood women including a couple of Jessica Biel, Mariah Carey (he did not play well when they were dating), and most recently, Minka Kelly among others. He also hosted Saturday Night Live.

Jeter always said the right things, always acted the right way. You don’t have to be a sports fan or baseball fan to appreciate the kind of person (or persona) Derek Jeter projected into the world. His parents, at least his father, became a fixture at Yankees games and it is from his parents (and grandparents whose house in NJ he’d visit in summers) that Jeter learned how to be the person he is.

The shame of it all, is that Jeter is a player who is praised for simply doing things the right way – applying oneself, hustling, working, practicing his craft, learning his craft and being a student of the game. So many players don’t hustle and give very little effort or showboat after they succeed (a protracted homerun trot or touchdown dance, for example).

Now that Derek Jeter’s last game has been played, he is the all time hits leader for the New York Yankees (which he achieved in 2009). Think about that, the New York Yankees, the most storied franchise in all of sports with some of the most legendary players and Jeter holds the team record for hits. He is also 6th on the all-time hits list. To have any top 10 achievement in baseball, with its lengthy history, is quite a feat.

What will he do once he’s retired? Last year, Jeter started a publishing imprint, Jeter Publishing, with Simon & Schuster. Who knows how much of a day-to-day hand he’ll have in that, but ultimately, the goal of the imprint will publish nonfiction books for adults, children’s picture books, elementary grade fiction, and books for children who are learning to read.

Will he be involved in baseball? That’s the tougher question. Jeter’s a close-to-the vest guy, but if he wants to manage, coach or work for the Yankees front-office, he’d excel at such positions.

All I know is that his play on the field will be missed. I was lucky enough to watch his entire career and be a fan of the team during one of their brightest periods.

So, thank you Derek Jeter for being you and putting everything into your time with the New York Yankees. 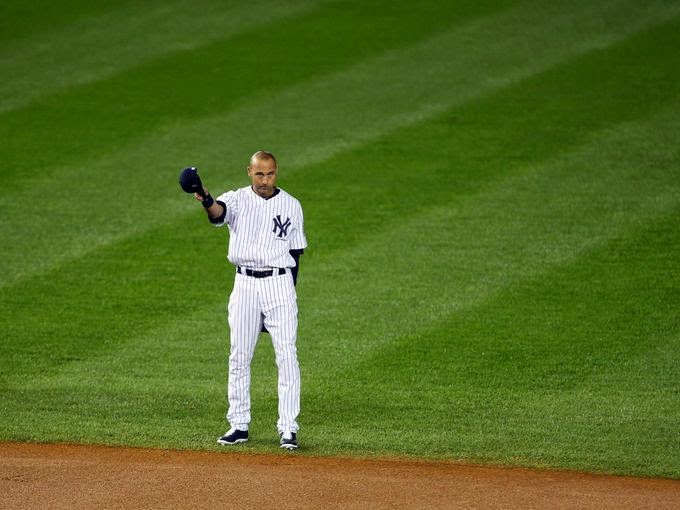 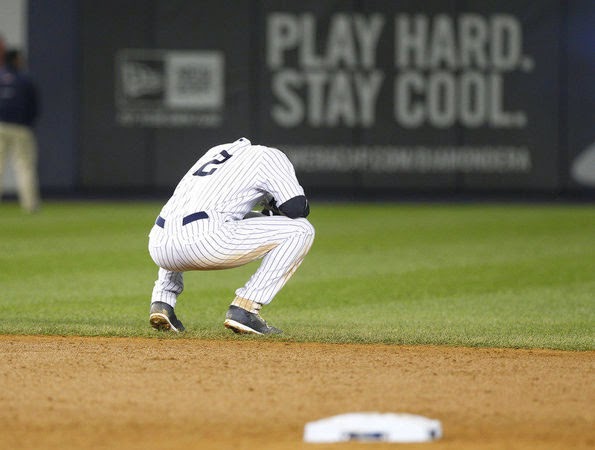