Well, after a couple of weeks with no new review books, a decent number of review books arrive for my perusal (and therefore yours)... 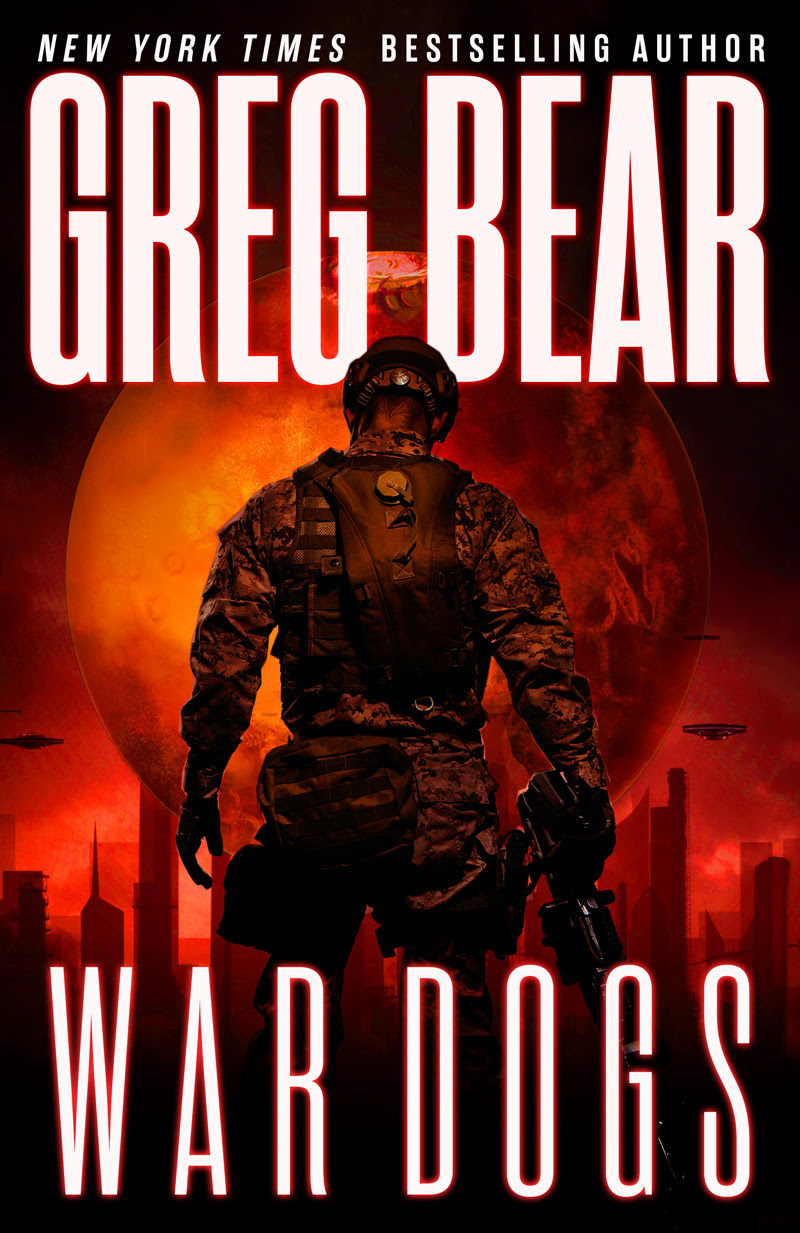 War Dogs by Greg Bear (Orbit Books Hardcover 10/14/2014) – I’ve read a small portion of Bear’s output and it has been more hit than miss for me, this one looks fun.


AN EPIC INTERSTELLAR TALE OF WAR FROM A MASTER OF SCIENCE FICTION.

They were a highly advanced, interstellar species who brought amazingly useful and sophisticated technology to the human race. There was, of course, a catch. The Gurus warned of a far more malevolent life form, beings who have hounded the Gurus from sun to sun, planet to planet, across the cosmos. Pundits have taken to calling them the Antagonists-or Antags-and they have already established a beachhead on Mars. For all they've done for us, the Gurus would now like our help.

Enter Master Sergeant Michael Venn, a veteran Skyrine (a Marine who is specially trained for off-world combat) who is dropped onto the Red Planet with his band of brothers on a mission to take down as many Antags as possible.

But from the moment they're dropped through the thin Martian atmosphere, their mission goes horribly, terribly wrong. From a group of female special ops Skyrines with secret orders, to mysterious humans who've settled on Mars, to the overwhelming and highly-reinforced Antags themselves, Venn and his brothers will face impossible odds just to survive-let alone make it home alive.

Last Plane to Heaven: The Final Collection by Jay Lake (Tor Hardcover 09/16/2014) – Cancer took Jay’s life earlier this year and this is his final collection of short stories.

Long before he was a novelist, SF writer Jay Lake, was an acclaimed writer of short stories. In Last Plane to Heaven, Lake has assembled thirty-two of the best of them. Aliens and angels fill these pages, from the title story, a hard-edged and breathtaking look at how a real alien visitor might be received, to the savage truth of “The Cancer Catechisms.” Here are more than thirty short stories written by a master of the form, science fiction and fantasy both.

This collection features an original introduction by Gene Wolfe. 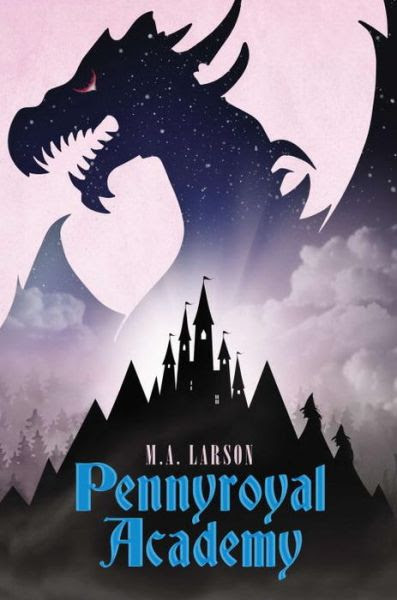 Pennyroyal Academy by M.A. Larson (Putnam Juvenile Hardcover 10/07/2014) – Larson has some very proven writing chops having penned stories for many animated programs including My Little Pony.

A girl from the forest arrives in a bustling kingdom with no name and no idea why she is there, only to find herself at the center of a world at war. She enlists at Pennyroyal Academy, where princesses and knights are trained to battle the two great menaces of the day: witches and dragons. There, given the name “Evie,” she must endure a harsh training regimen under the steel glare of her Fairy Drillsergeant, while also navigating an entirely new world of friends and enemies. As Evie learns what it truly means to be a princess, she realizes surprising things about herself and her family, about human compassion and inhuman cruelty. And with the witch forces moving nearer, she discovers that the war between princesses and witches is much more personal than she could ever have imagined. 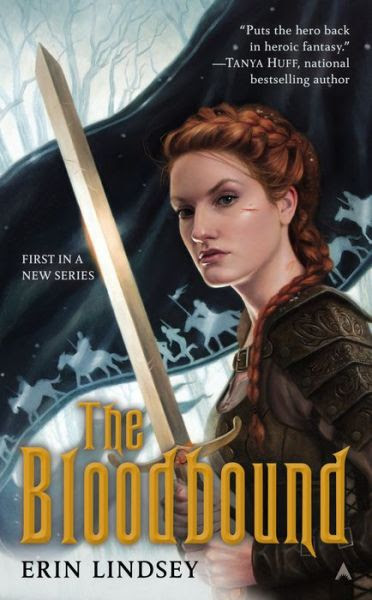 The Bloodbound by Erin Lindsey (Ace Mass Market Paperback 09/30/2014) – I’ve this one garner comparisons to Elizabeth Moon’s Paksenarrion books, which works great for me. The authors happen to share an agent (JABberworcky), Lindsey also writers under the name of E.L. Tettensor.

Of all those in the King of Alden’s retinue, the bloodbinders are the most prized. The magic they wield can forge invaluable weapons, ones that make soldiers like Lady Alix Black unerringly lethal. However, the bloodbinders’ powers can do so much more—and so much worse.

A cunning and impetuous scout, Alix only wishes to serve quietly on the edges of the action. But when the king is betrayed by his own brother and left to die at the hands of attacking Oridian forces, she winds up single-handedly saving her sovereign.

Suddenly, she is head of the king’s personal guard, an honour made all the more dubious by the king’s exile from his own court. Surrounded by enemies, Alix must help him reclaim his crown, all the while attempting to repel the relentless tide of invaders led by the Priest, most feared of Oridia’s lords.

But while Alix’s king commands her duty, both he and a fellow scout lay claim to her heart. And when the time comes, she may need to choose between the two men who need her most… 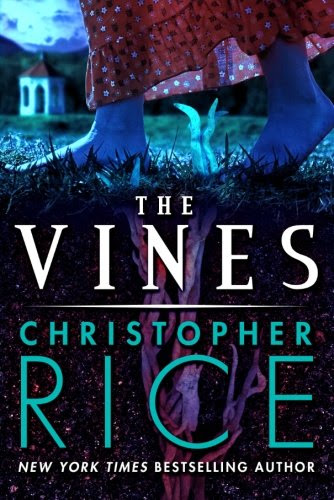 The Vines by Christopher Rice (47North Paperback 09/30/2014) – Just in time for Halloween, Rice (son of Anne Rice) is releasing a new creepy novel..

The dark history of Spring House, a beautifully restored plantation mansion on the outskirts of New Orleans, has long been forgotten. But something sinister lurks beneath the soil of the old estate.

After heiress and current owner Caitlin Chaisson is witness to her husband’s stunning betrayal at her birthday party, she tries to take her own life in the mansion’s cherished gazebo. Instead, the blood she spills awakens dark forces in the ground below. Chaos ensues and by morning her husband has vanished without a trace and his mistress has gone mad.

Nova, daughter to Spring House’s groundskeeper, has always suspected that something malevolent haunts the old place, and in the aftermath of the birthday party she enlists Caitlin’s estranged best friend, Blake, to help her get to the bottom of it. The pair soon realizes that the vengeance enacted by this sinister and otherworldly force comes at a terrible price

The Free by Brian Ruckley (Orbit Books Trade Paperback (10/14/2014) – I read and reviewed Ruckley’s debut Winterbirth but this seems to be something new and different from those books and anything else he’s written.


THEY ARE THE MOST FEARED MERCENARY COMPANY THE KINGDOM HAS EVER KNOWN.

Led by Yulan, their charismatic captain, the Free have spent years selling their martial and magical skills to the highest bidder — winning countless victories that have shaken the foundations of the world. Now they finally plan to lay down their swords.

Yet when Yulan is offered a final contract, he cannot refuse — for the mission offers him the chance to erase the memories of the Free's darkest hour, which have haunted him for years.

As the Free embark on their last mission, a potent mix of loyalty and vengeance is building to a storm. Freedom, it seems, carries a deadly price..
at 9/14/2014