Since only two books arrived this week and it's been a while since I did the intro to this weekly post, here goes...

As a reviewer for SFFWorld (as well as SF Signal and Tor.com) and maybe because of this blog, I receive a lot of books for review from various publishers. Since I can't possibly read everything that arrives, I figure the least I can do (like some of my fellow bloggers) is mention the books I receive for review on the blog to at least acknowledge the books even if I don't read them.

Sometimes I get one or two books, other weeks I'll get nearly a dozen books. Some weeks, I’ll receive a finished (i.e. the version people see on bookshelves) copy of a book for which I received an ARC (Advance Reader Copy) weeks or months prior to the actual publication of the book. I’ve been receiving a greater percentage of electronic ARCs this year which is good because death via drowning in a sea of unread books is not how I want to say goodbye to this world. 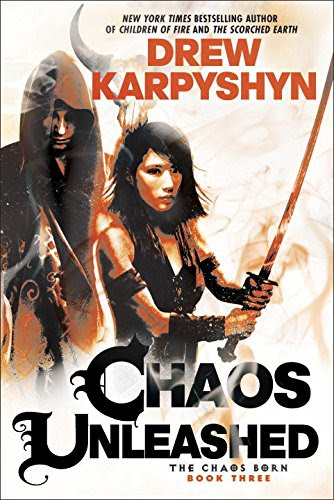 Four unlikely champions, each touched with Chaos magic at birth, are all that can stop the return of Daemron the Slayer, a hero who became a god—and then a demon. Exiled by the Old Gods, Daemron has long plotted his vengeful return. Now that moment is at hand, as the barrier imprisoning him—the Legacy—crumbles.

Armed with mighty Talismans, the four champions—Keegan, a wizard beset with self-doubt; Cassandra, a seer terrified by her own future; Scythe, a peerless warrior whose only weak spot is a broken heart; and Vaaler, a prince without a kingdom—seek the Keystone, a fabled place where, or so it is said, the Legacy can be restored.

But the plots of the Slayer are cunning and deep, and even the most noble heart can be twisted by the tainted magic of Chaos—as Keegan, Cassandra, Scythe, and Vaaler will soon discover. 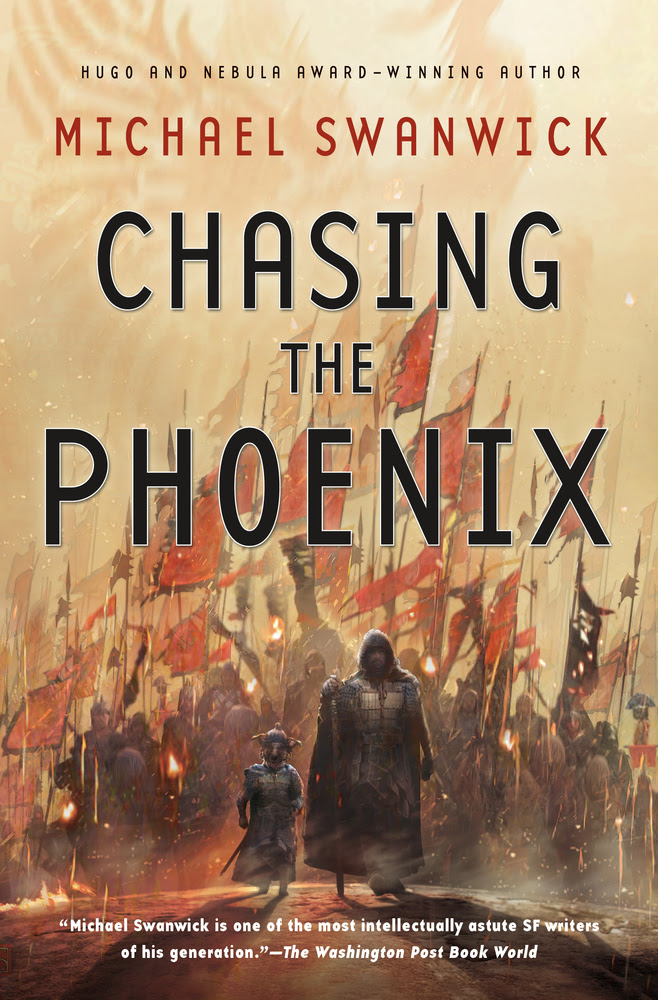 In the distant future, Surplus arrives in China dressed as a Mongolian shaman, leading a yak which carries the corpse of his friend, Darger. The old high-tech world has long since collapsed, and the artificial intelligences that ran it are outlawed and destroyed. Or so it seems.

Darger and Surplus, a human and a genetically engineered dog with human intelligence who walks upright, are a pair of con men and the heroes of a series of prior Swanwick stories. They travel to what was once China and invent a scam to become rich and powerful. Pretending to have limited super-powers, they aid an ambitious local warlord who dreams of conquest and once again reuniting China under one ruler. And, against all odds, it begins to work, but it seems as if there are other forces at work behind the scenes. Chasing the Phoenix is a sharp, slick, witty science fiction adventure that is hugely entertaining from Michael Swanwick, one of the best SF writers alive.
at 8/02/2015