Time for the weekly rundown of the review copies which arrived the previous week! 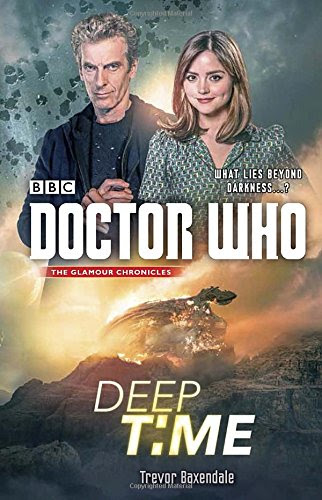 Doctor Who: Deep Time by Trevor Baxendale (Broadway Books Trade Paperback 09/08/2015) – The Doctor Who short novels are very popular in the UK, this one features the 12th Doctor.
An original adventure tying in to the ninth season of Doctor Who, the spectacular hit series from BBC Television, featuring the new 12th Doctor as played by Peter Capaldi.

"I do hope you’re all ready to be terrified!"

The Phaeron disappeared from the universe over a million years ago. They travelled among the stars using roads made from time and space, but left only relics behind. But what actually happened to the Phaeron? Some believe they were they eradicated by a superior force… Others claim they destroyed themselves.

Or were they in fact the victims of an even more hideous fate?

In the far future, humans discover the location of the last Phaeron road – and the Doctor and Clara join the mission to see where the road leads.

Because only the Doctor knows the true secret of the Phaeron: a monstrous secret so terrible and powerful that it must be buried in the deepest grave imaginable… 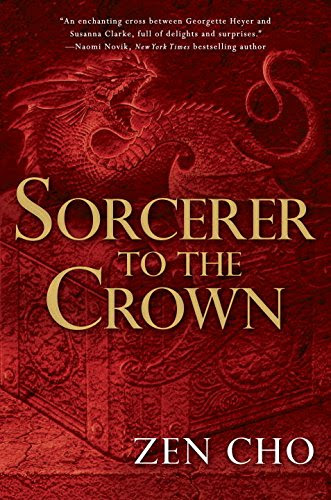 Sorcerer to the Crown (A Sorcerer Royal Novel) by Zen Cho (Ace Hardcover 09/01/2015) – For many, this is one of the more anticipated debut novels of the year.


In this sparkling debut, magic and mayhem clash with the British elite...

The Royal Society of Unnatural Philosophers, one of the most respected organizations throughout all of England, has long been tasked with maintaining magic within His Majesty’s lands. But lately, the once proper institute has fallen into disgrace, naming an altogether unsuitable gentleman—a freed slave who doesn’t even have a familiar—as their Sorcerer Royal, and allowing England’s once profuse stores of magic to slowly bleed dry. At least they haven’t stooped so low as to allow women to practice what is obviously a man’s profession…

At his wit’s end, Zacharias Wythe, Sorcerer Royal of the Unnatural Philosophers and eminently proficient magician, ventures to the border of Fairyland to discover why England’s magical stocks are drying up. But when his adventure brings him in contact with a most unusual comrade, a woman with immense power and an unfathomable gift, he sets on a path which will alter the nature of sorcery in all of Britain—and the world at large… 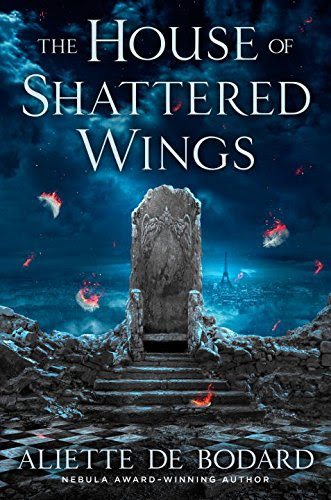 The House of Shattered Wings by Aliette de Bodard (Roc Hardcover 08/18/2015) – There’s been a lot of pre-publication buzz on this one. de Bodard has written some well-received and award-worthy fiction, but this one, from everything I’ve seen will push her to the next level.


Multi-award winning author Aliette de Bodard, brings her story of the War in Heaven to Paris, igniting the City of Light in a fantasy of divine power and deep conspiracy…

In the late twentieth century, the streets of Paris are lined with haunted ruins, the aftermath of a Great War between arcane powers. The Grand Magasins have been reduced to piles of debris, Notre-Dame is a burnt-out shell, and the Seine has turned black with ashes and rubble and the remnants of the spells that tore the city apart. But those that survived still retain their irrepressible appetite for novelty and distraction, and The Great Houses still vie for dominion over France’s once grand capital.

Once the most powerful and formidable, House Silverspires now lies in disarray. Its magic is ailing; its founder, Morningstar, has been missing for decades; and now something from the shadows stalks its people inside their very own walls.

Within the House, three very different people must come together: a naive but powerful Fallen angel; an alchemist with a self-destructive addiction; and a resentful young man wielding spells of unknown origin. They may be Silverspires’ salvation—or the architects of its last, irreversible fall. And if Silverspires falls, so may the city itself. Doctor Who: Royal Blood by Una McCormack (Broadway Books Trade Paperback 09/08/2015) – The Doctor Who short novels are very popular in the UK, this one features the 12th Doctor.
An original adventure tying in to the ninth season of Doctor Who, the spectacular hit series from BBC Television, featuring the new 12th Doctor as played by Peter Capaldi.

“The Grail is a story, a myth! It didn’t exist on your world! It can’t exist here!”

The city-state of Varuz is failing. Duke Aurelian is the last of his line, his capital is crumbling, and the armies of his enemy, Duke Conrad, are poised beyond the mountains to invade. Aurelian is preparing to gamble everything on one last battle. So when a holy man, the Doctor, comes to Varuz from beyond the mountains, Aurelian asks for his blessing in the war.

But all is not what it seems in Varuz. The city-guard have lasers for swords, and the halls are lit by electric candlelight. Aurelian’s beloved wife, Guena, and his most trusted knight, Bernhardt, seem to be plotting to overthrow their Duke, and Clara finds herself drawn into their intrigue...

Will the Doctor stop Aurelian from going to war? Will Clara’s involvement in the plot against the Duke be discovered? Why is Conrad’s ambassador so nervous? And who are the ancient and weary knights who arrive in Varuz claiming to be on a quest for the Holy Grail…? 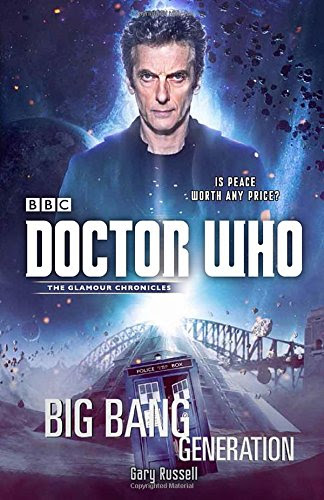 Doctor Who: Big Bang Generation by Gary Russell (Broadway Books Trade Paperback 09/08/2015) – The Doctor Who short novels are very popular in the UK, this one features the 12th Doctor.
An original adventure tying in to the ninth season of Doctor Who, the spectacular hit series from BBC Television, featuring the new 12th Doctor as played by Peter Capaldi.

“I'm an archaeologist, but probably not the one you were expecting.”

Imagine everyone's surprise when a time portal opens up in Sydney Cove. Imagine their shock as a massive pyramid now sits beside the Harbour Bridge, inconveniently blocking Port Jackson and glowing with energy. Imagine their fear as Cyrrus "the mobster" Globb, Professor Horace Jaanson and an alien assassin called Kik arrive to claim the glowing pyramid. Finally imagine everyone's dismay when they are followed by a bunch of con artists out to spring their greatest grift yet.

This gang consists of Legs (the sexy comedian), Dog Boy (providing protection and firepower), Shortie (handling logistics), Da Trowel (in charge of excavation and history) and their leader, Doc (busy making sure the universe isn't destroyed in an explosion that makes the Big Bang look like a damp squib).

And when someone accidentally reawakens The Ancients of the Universe - which, Doc reckons, wasn't the wisest or best-judged of actions – things get a whole lot more complicated… 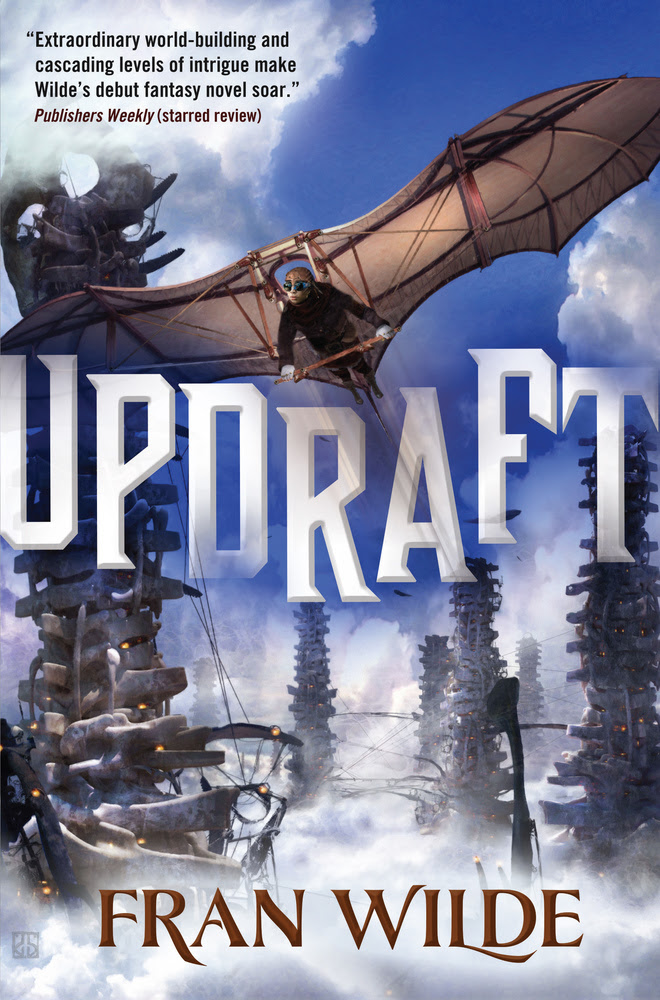 Updraft by Fran Wilde (Tor 09/01/2015) – This is Wilde’s debut novel and it looks like it will be a lot of fun. Just look at that awesome cover!! This is the hardcover of the ARC I received in May, and as nice as the ARC looked, this one is gorgeous.
Welcome to a world of wind and bone, songs and silence, betrayal and courage.

Kirit Densira cannot wait to pass her wingtest and begin flying as a trader by her mother's side, being in service to her beloved home tower and exploring the skies beyond. When Kirit inadvertently breaks Tower Law, the city's secretive governing body, the Singers, demand that she become one of them instead. In an attempt to save her family from greater censure, Kirit must give up her dreams to throw herself into the dangerous training at the Spire, the tallest, most forbidding tower, deep at the heart of the City.

As she grows in knowledge and power, she starts to uncover the depths of Spire secrets. Kirit begins to doubt her world and its unassailable Laws, setting in motion a chain of events that will lead to a haunting choice, and may well change the city forever-if it isn't destroyed outright.
at 8/16/2015