The first post of 2016 brings five books in the mail from the prior week, three of which arrived yesterday (Saturday). One I will be reading next and the others, I'm not so sure, if and/or when. 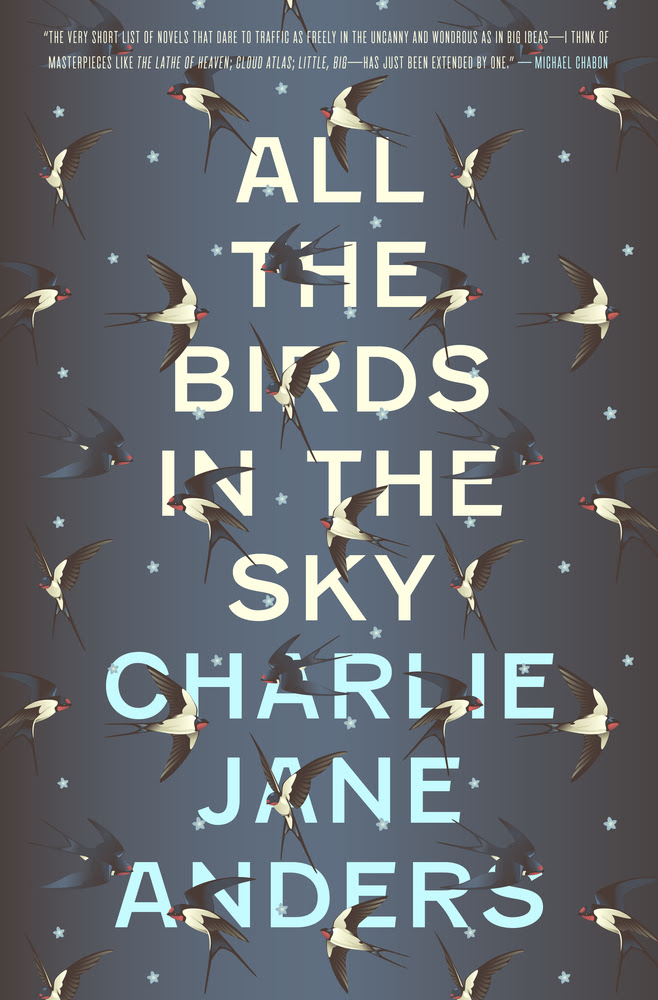 All the Birds in the Sky (by Charlie Jane Anders (Tor , Hardcover 01/26/2016) – As editor of io9, Anders is one of the most prominent voices in the genre, this is her debut novel. I read her short storie ”Six Months, Three Days and loved it.

From the editor-in-chief of io9.com, a stunning novel about the end of the world--and the beginning of our future

Childhood friends Patricia Delfine and Laurence Armstead didn't expect to see each other again, after parting ways under mysterious circumstances during middle school. After all, the development of magical powers and the invention of a two-second time machine could hardly fail to alarm one's peers and families.

But now they're both adults, living in the hipster mecca San Francisco, and the planet is falling apart around them. Laurence is an engineering genius who's working with a group that aims to avert catastrophic breakdown through technological intervention. Patricia is a graduate of Eltisley Maze, the hidden academy for the world's magically gifted, and works with a small band of other magicians to secretly repair the world's every-growing ailments. Little do they realize that something bigger than either of them, something begun years ago in their youth, is determined to bring them together--to either save the world, or plunge it into a new dark ages.

A deeply magical, darkly funny examination of life, love, and the apocalypse. 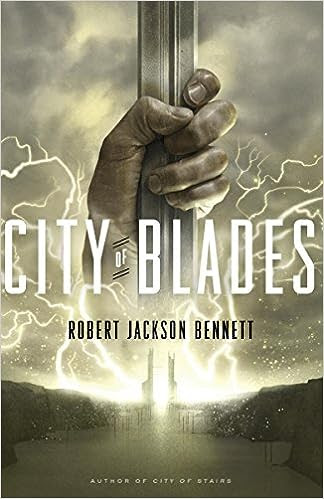 City of Blades (The Divine Cities #2) by Robert Jackson Bennett (Crown Trade Paperback 01/26/2016) – The first installment in this now trilogy was my favorite novel of 2014 and was recently shortlisted for the World Fantasy Award. Were it not for some puppy sadness, City of Stairs would have made the shortlist for the Hugo Award. So yeah, I’m reading this one.


A triumphant return to the world of City of Stairs.


A generation ago, the city of Voortyashtan was the stronghold of the god of war and death, the birthplace of fearsome supernatural sentinels who killed and subjugated millions.

Now, the city’s god is dead. The city itself lies in ruins. And to its new military occupiers, the once-powerful capital is a wasteland of sectarian violence and bloody uprisings.

So it makes perfect sense that General Turyin Mulaghesh— foul-mouthed hero of the battle of Bulikov, rumored war criminal, ally of an embattled Prime Minister—has been exiled there to count down the days until she can draw her pension and be forgotten.

At least, it makes the perfect cover story.

The truth is that the general has been pressed into service one last time, dispatched to investigate a discovery with the potential to change the world--or destroy it.

The trouble is that this old soldier isn't sure she's still got what it takes to be the hero. 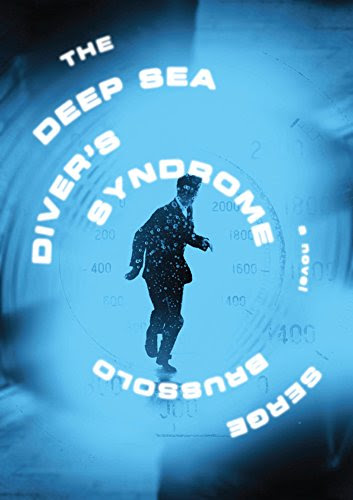 The Deep Sea Diver’s Syndrome by Serge Brussolo (Melville House Hardcover 01/19/2016) – This author of this French novel, translated for the first time into English, gets comparison to Stephen King & Philip K. Dick. Not bad company


In The Deep Sea Diver’s Syndrome, lucid dreamers called mediums dive into their dreams to retrieve ectoplasms—sticky blobs with curiously soothing properties that are the only form of art in the world. The more elaborate the dream, the better the ectoplasm.


David Sarella is a medium whose dream identity is a professional thief. With his beautiful accomplice Nadia, he breaks into jewelry stores and museums, lifts precious diamonds, and when he wakes, the loot turns into ectoplasms to be sold and displayed.

Only the dives require an extraordinary amount of physical effort, and as David ages, they become more difficult. His dream world—or is it the real world?—grows unstable. Any dive could be his last, forever tearing him away from Nadia and their high-octane, Bond-like adventures.

David decides to go down one final time, in the deepest, most extravagant dive ever attempted. But midway through, he begins to lose control, and the figures in the massive painting he’s trying to steal suddenly come to life . . . and start shooting. 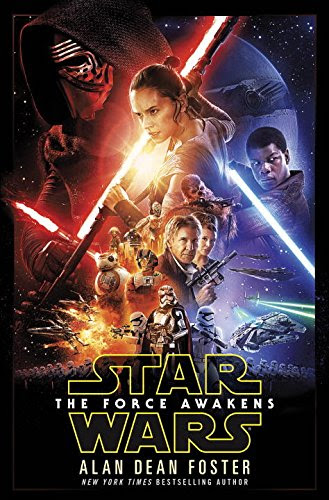 Star Wars: The Force Awakens by Alan Dean Foster (Star Wars Books / Del Rey, Hardcover 01/05/2016) – This book arrived yesterday (Saturday) and was waiting for me after I saw the film for the second time. In a nice nod, Foster was chosen to write this and Foster ghost wrote the novelization of A New Hope.

More than thirty years ago, Star Wars burst onto the big screen and became a cultural phenomenon. Now the next adventures in this blockbuster saga are poised to captivate old and new fans alike—beginning with the highly anticipated Star Wars: The Force Awakens. And alongside the cinematic debut comes the thrilling novel adaptation by New York Times bestselling science fiction master Alan Dean Foster.

Set years after Return of the Jedi, this stunning new action-packed adventure rockets us back into the world of Princess Leia, Han Solo, Chewbacca, C-3PO, R2-D2,and Luke Skywalker, while introducing a host of exciting new characters. Darth Vader may have been redeemed and the Emperor vanquished, but peace can be fleeting, and evil does not easily relent. Yet the simple belief in good can still empower ordinary individuals to rise and meet the greatest challenges.

So return to that galaxy far, far away, and prepare yourself for what happens when the Force awakens. . . . 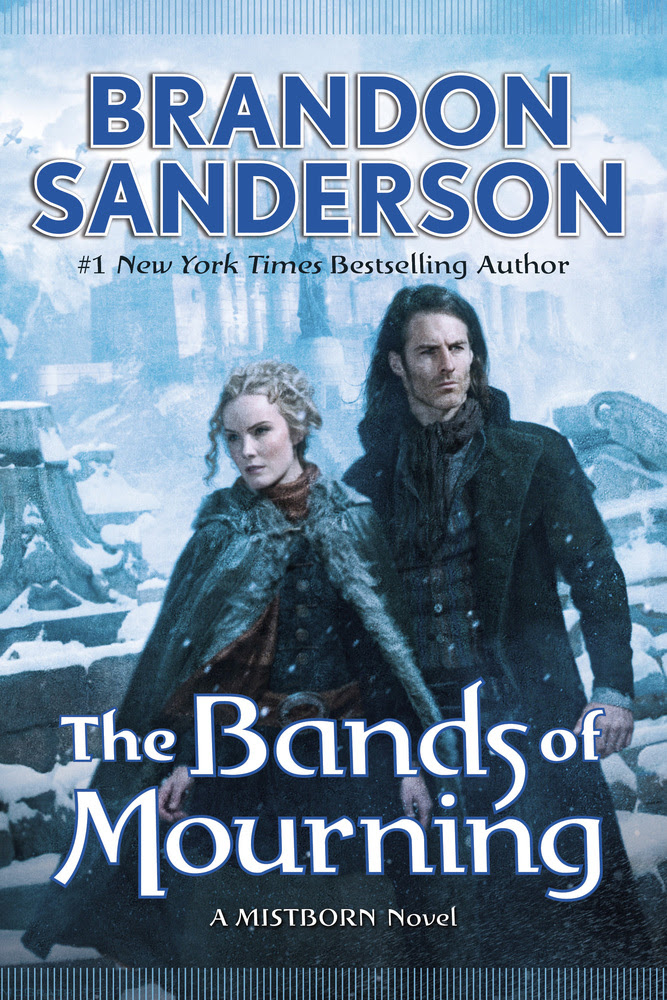 The Bands of Mourning (A Mistborn Novel) by Brandon Sanderson (Tor, Hardcover 01/26/2016) – Third “Wax and Wayne” novel, I haven’t had the opportunity to read the second one yet.

With The Alloy of Law and Shadows of Self, Brandon Sanderson surprised readers with a New York Times bestselling spinoff of his Mistborn books, set after the action of the trilogy, in a period corresponding to late 19th-century America.

Now, with The Bands of Mourning, Sanderson continues the story. The Bands of Mourning are the mythical metalminds owned by the Lord Ruler, said to grant anyone who wears them the powers that the Lord Ruler had at his command. Hardly anyone thinks they really exist. A kandra researcher has returned to Elendel with images that seem to depict the Bands, as well as writings in a language that no one can read. Waxillium Ladrian is recruited to travel south to the city of New Seran to investigate. Along the way he discovers hints that point to the true goals of his uncle Edwarn and the shadowy organization known as The Set.