Some mail issues this week because of snow and the fact that I have an absolutely horrible mail carrier, perhaps the laziest, most vindictive, stupidest mail carrier I’ve ever had.. 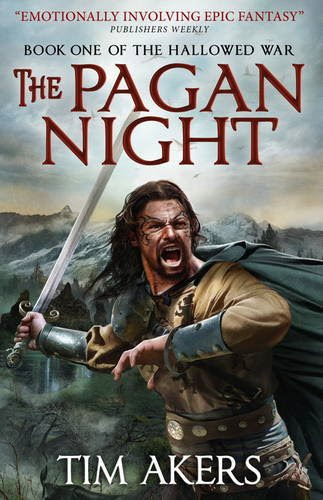 The Pagan Night (Book One of The Hallowed War) by Tim Akers (Titan Books Trade Paperback 01/19/2016) – After a handful of well-received Steampunk novels (published by Solaris and Pyr), Tim switches gears slightly to Historical/Epic Fantasy. This is a big fat novel, and a series he’s apparently been working on for quite some time. I’ll be posting a review of this one to SFSignal.com.

The Celestial Church has all but eliminated the old pagan ways, ruling the people with an iron hand. Demonic gheists terrorize the land, hunted by the warriors of the Inquisition, yet it’s the battling factions within the Church and age-old hatreds between north and south that tear the land apart.

Malcolm Blakley, hero of the Reaver War, seeks to end the conflict between men, yet it will fall to his son, Ian, and the huntress Gwen Adair to stop the killing before it tears the land apart. The Pagan Night is an epic of mad gods, inquisitor priests, holy knights bound to hunt and kill, and noble houses fighting battles of politics, prejudice, and power.

Enter a world of mad gods, inquisitor-priests, holy knights bound to hunt and kill the broken spirits of the world and the noble Houses caught in their midst, fighting their own battles of politics, prejudice and power. Face the darkness of winter, know the hope of spring, and keep the faith of the Winter Sun. 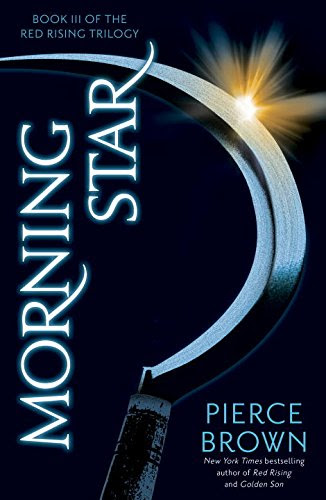 Morning Star (Book Three of The Red Rising Trilogy) by Pierce Brown (Del Rey Hardcover 02/06/2016) – This one arrived just as I was finishing the first novel in the trilogy, Red Rising. All I’ll say is this: it is highly unlikely that I’ll be reading Morning Star.


Red Rising thrilled readers and announced the presence of a talented new author. Golden Son changed the game and took the story of Darrow to the next level. Now comes the exhilarating conclusion to the Red Rising Trilogy: Morning Star.

Darrow would have lived in peace, but his enemies brought him war. The Gold overlords demanded his obedience, hanged his wife, and enslaved his people. But Darrow is determined to fight back. Risking everything to transform himself and breach Gold society, Darrow has battled to survive the cutthroat rivalries that breed Society’s mightiest warriors, climbed the ranks, and waited patiently to unleash the revolution that will tear the hierarchy apart from within.

Finally, the time has come.

But devotion to honor and hunger for vengeance run deep on both sides. Darrow and his comrades-in-arms face powerful enemies without scruple or mercy. Among them are some Darrow once considered friends. To win, Darrow will need to inspire those shackled in darkness to break their chains, unmake the world their cruel masters have built, and claim a destiny too long denied—and too glorious to surrender. 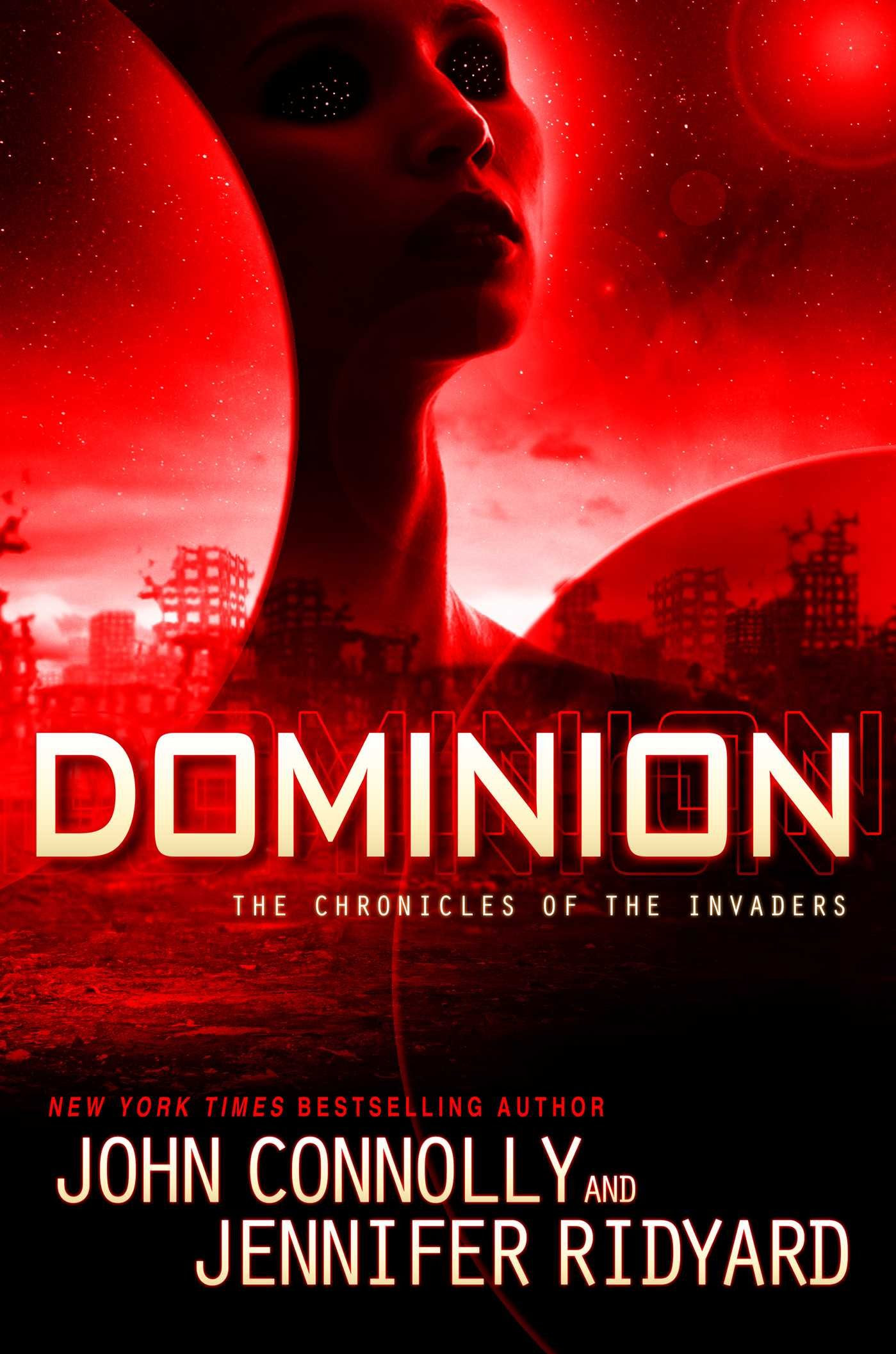 Dominion (Book Three of The Chronicles of the Invaders) by John Connolly and Jennifer Ridyard (Emily Beslter Books / Simon & Schuster Hardcover 04/05/2016) – A year later and here we have the third in the author duo’s series about an alien invasion publishes..


The third thrilling Chronicles of the Invaders adventure from New York Times bestselling author John Connolly and Jennifer Ridyard mixes classic sci-fi with rich, character-driven plot, as Paul and Syl fight to save Earth from an enemy who is closer than ever.

Syl Hellais and Paul Kerr have traveled through Derith, the mysterious wormhole from which no traveler has ever returned. Yet Derith’s secrets are darker than they imagined, and trapped in a dimension beyond their own, they finally emerge to discover a universe that has moved on without them.

Years have passed, and Civil War rages among the Illyri. It is whispered that the Earth is lost, prey to the alien parasites known as the Others, and other worlds will soon follow. Most shocking of all, the sinister Archmage Syrene of the Nairene Sisterhood has disappeared into the bowels of the Sisterhood’s lair.

But before she cloistered herself, Archmage Syrene chose her replacement. The Sisterhood has a new leader, with her own plans for the future of her race. Now Syl and Paul, teenagers in a deadly adult world, must find a way to change the course of history and save the lives of billions. They have but one hope.

For Syl Hellais is changing… 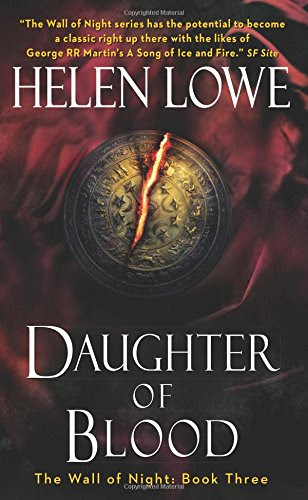 Daughter of the Blood (Book Three of The Wall of Night) by Helen Lowe (Harper Voyager Mass Market Paperback 01/26/2016) – I’ve been seeing good things about this series from my friends Mark Yon and Paul Weimer, among others. I plan to go a series read through of these books.

Malian of Night and Kalan, her trusted ally, are returning to the Wall of Night—but already it may be too late. The Wall is dangerously weakened, the Nine Houses of the Derai fractured by rivalry and hate. And now, the Darkswarm is rising . . .

Among Grayharbor backstreets, an orphan boy falls foul of dark forces. On the Wall, a Daughter of Blood must be married off to the Earl of Night, a pawn in the web of her family's ambition. On the Field of Blood, Kalan fights for a place in the bride's honor guard, while Malian dodges deadly pursuers in a hunt against time for the fabled Shield of Heaven. But the Darkswarm is gaining strength, and time is running out—for Malian, for Kalan, and for all of Haarth . . .