The second stop in my Wheel of Time re-read concluded with The Great Hunt a couple of days ago. Starting from the ending, I’ll say two books in that Jordan shows a skilled hand at crafting endings that balance closure with promise of things to come.
I’m beginning to realize just how much of this series I’ve forgotten over the years, which I feel is a good thing. Well, what I remember is generalities and it is interesting and fun to compare that with the specifics of the story. I forgot how annoying Mat was in these two books. Granted, he was a heavily cursed individual, but up until he blew the Horn of Valere, I wasn’t too miffed when Jordan chose not to focus the story on him.

I also find myself continuing to not hate Nynaeave. Her intelligence and flat out dedication to her roots – The Emond’s Field irregulars one might say – help to keep her focused and accomplish important things.

The Seanchan are a wicked gang of people and Jordan nicely conveys their alien-ness to the people of Randland. The threat was hinted at for much of the book, but when Bayle Domon first encounters them on the sea, their power is immediately felt. Later, Jordan reveals the truth behind their channelers – Damane. 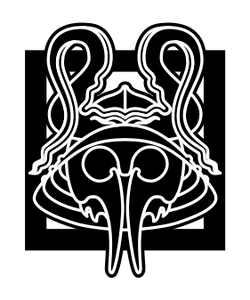 I would have liked to see more of Moiraine and Lan in the latter half of the book, but Jordan did introduce more Aes Sedai to offset that.

The closing chapters of the novel has a reveal that works almost as well as the Amyrlin Seat telling Rand he is the Dragon Reborn. This reveal, of course, is Lanfear revealing herself. Good, powerful and to the point.

As I hinted at in my last WOT post, I’m taking a bit of a break from the re-read before jumping into The Dragon Reborn.
at 2/09/2010